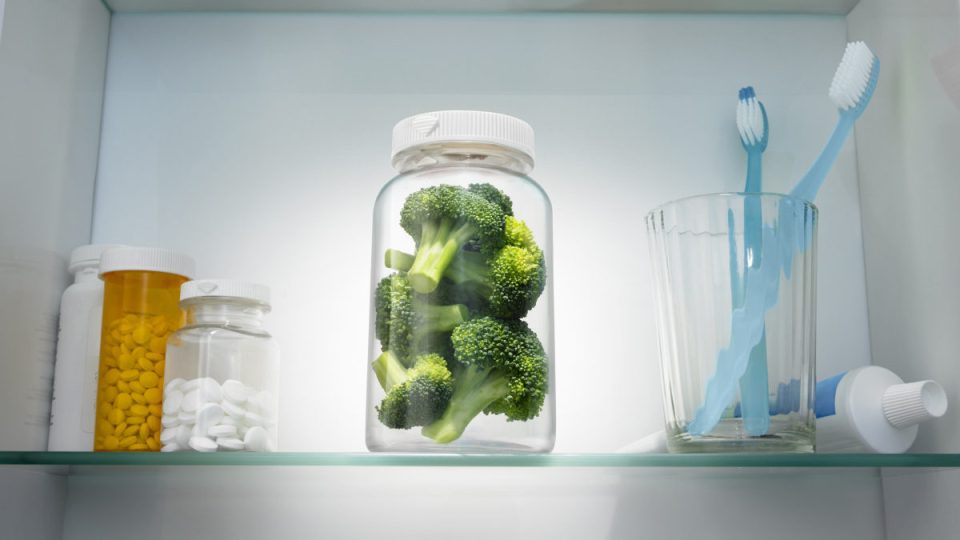 We’re used to going to the doctor and getting a script for pills and other medicines, but what about a script for fruit and vegetables?

The evidence for using “food as medicine” is growing, with a new study showing how ‘food pharmacies’ could help aid in the battle against diet-related diseases and health epidemics, including obesity and diabetes.

The study by researchers from The George Institute in Australia and the Friedman School of Nutrition Science in the US was published this week in the Advances in Nutrition journal, and looks at whether healthy food prescriptions lead to better diets and healthier patients.

Researchers reviewed 13 healthy food prescription programs that were either subsidised or directly provided healthy foods like fruit and vegetables as a form of medical treatment.

“Collectively, we saw a positive impact on the health of patients in these programs, even though there were quite different ways in which they provided the healthier foods and measured the outcomes,” The George Institute’s nutrition science program head Jason Wu said.

‘Food can also be medicine’

Poor diet is a major risk factor for chronic diseases, and the world is facing a ‘tsunami’ of diet-related diseases including obesity, diabetes and cardiovascular disease.

In 2017-18, an estimated 1.2 million Australians (4.9 per cent of the total population) had diabetes, according to self-reported data from the Australian Bureau of Statistics’ National Health Survey.

When it comes to blood glucose – the amount of sugar in your blood, an important factor in diabetes – the healthy food prescriptions were “comparable to what you would expect to see from some commonly prescribed glucose-lowering medications”, Dr Wu said.

“This adds weight to the growing evidence that food can also be medicine,” he said.

The focus of most healthy food prescriptions so far has been on fruit and vegetables.

Other foods, including nuts, beans, whole grains and fish, are also important for heart health, but the effect of prescribing these foods hasn’t been studied.

These findings provide encouraging evidence that healthy food prescription programs may lead to improvements in diet quality and measures of health, but more research is needed to see if they should be more widely used.

The results have led to the launch of a first-of-its-kind ‘food farm-acy’ pilot study at the Royal Prince Alfred Hospital in Sydney.

The participants have been prescribed boxes of healthy foods that include fruits, vegetables, nuts, dairy foods and whole grains weekly over three months, with researchers to monitor the results and use them to “establish the logistics and feasibility of setting up a healthy food prescription program for vulnerable patients in Australia and assess its impact on the participants’ overall diet”, Dr Wu said.

“It’s early days for our study, but initial reactions seem very positive from both doctors and patients,” he said.

How much fruit and veg should we be eating?

Despite the health benefits of eating fruit and vegetables, many of us don’t get enough of them in our diets.

Research published in March in the American Heart Association’s journal Circulation, found that people with high fruit and vegetable intake had a reduced risk of a range of chronic health conditions that are leading killers including cardiovascular disease and cancer.

Researchers analysed data on fruit and vegetable intake and death from about 1.9 million participants across 29 countries including Australia.

They found that five servings a day of fruit and vegetables, comprising two serves of fruit and three serves of vegetables a day, was identified as the optimal amount and combination for a longer life.

Filling “at least half your plate with fruits and vegetables at each meal” is recommended, Harvard Medical School professor of medicine Anne Thorndike said.

“This research provides strong evidence for the life-long benefits of eating fruits and vegetables and suggests a goal amount to consume daily for ideal health,” Professor Thorndike said.

“Fruits and vegetables are naturally packaged sources of nutrients that can be included in most meals and snacks, and they are essential for keeping our hearts and bodies healthy.”

Fruit and veg as medicine? How ‘food pharmacies’ could combat diet-related health problems