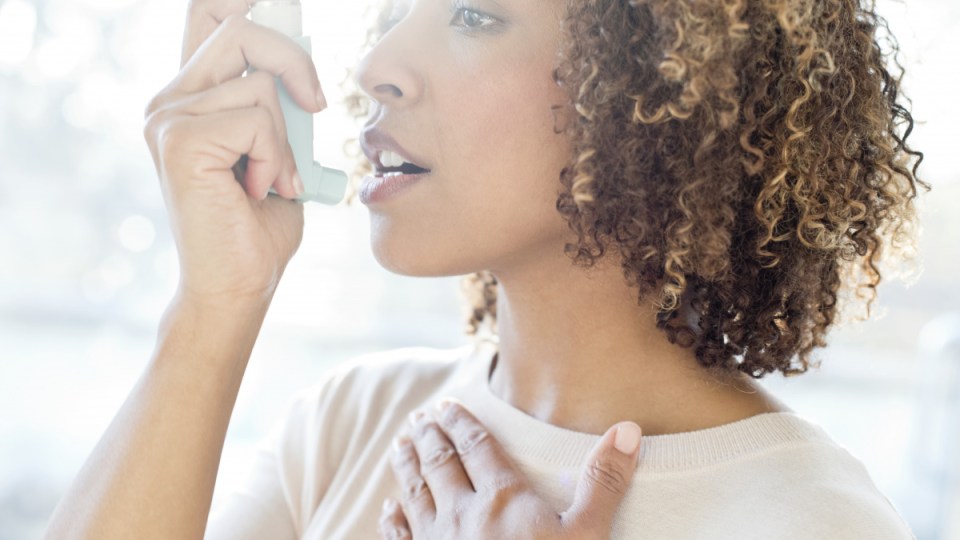 US scientists believe they have produced a molecule that could change the course of the pandemic. Photo: Getty

Hate wearing a mask? US scientists have come up with a molecule that is highly protective against the coronavirus – and because it can be administered by a nasal spray or inhaler, they say it could replace the need for personal protective equipment (PPE).

The researchers have named the molecule “AeroNabs” – which is what happens when nerds are in a hurry to get their discovery to market. (See cool video.)

The University of California San Francisco (UCFS) scientists believe they can deliver cheap and effective protection as an over-the-counter product, like fungal cream.

Dr Peter Walter is professor of biochemistry and biophysics at UCSF and co-inventor of AeroNabs. In a prepared statement, he said:

“Far more effective than wearable forms of personal protective equipment, we think of AeroNabs as a molecular form of PPE that could serve as an important stop-gap until vaccines provide a more permanent solution to COVID-19.”

If that’s not enough to get your head around, consider this: while the molecule is a synthetic creations, it was “inspired” by nanobodies – these are the antibody fragments that occur in llamas and camels and related animals.

There was a fuss a few weeks ago about llamas coming to the corona-rescue. So well done, llamas.

How the new molecule works

The crown-like appearance of the SARS-CoV-2 is known by everybody. It’s the new Micky Mouse.

And we, the people, understand that the 25 spikes on the crown are in fact like tiny keys that fit the metaphorical padlock of human cells.

But that’s not quite right. The spikes contain three “receptor-binding domains,” (RBDs) – and these are the actual keys that attach themselves to the ACE2 receptors found on human cells. Once gaining entry, the cells are turned into virus factories.

The spikes have an active state and an inactive state. When active, they expose the RBDs, preparing them for attack.

According to a statement from the University of California, San Franciso, the researchers “believed that if they could find nanobodies that impede spike-ACE2 interactions, they could prevent the virus from infecting cells.”

Short version: the researchers ended up making their own synthetic version of a nanobody – which apparently works like a condom on the key RBDs.

Just as you’d imagine happening with a condom on your house key, the lock-opening mechanism is rendered useless.

But the new faux nanobody goes further. As the researchers describe it:

“The most potent of these nanobodies, however, not only acts as a sheath over RBDs, but also like a molecular mousetrap, clamping down on spike in its closed, inactive state, which adds an additional layer of protection against the spike-ACE2 interactions that lead to infection.”

Why nanobodies work better than antibodies

Dr Aashish Manglik is an assistant professor of pharmaceutical chemistry (and a medical doctor) who frequently employs nanobodies as a tool in his research on the structure and function of proteins that send and receive signals across the cell’s membrane. He is also co-inventor of AeroNabs.

He said that nanobodies function much like the antibodies found in the human immune system, but “offer a number of unique advantages for effective therapeutics against SARS-CoV-2.”

According to the researchers, genes that contain the molecular blueprints to build nanobodies are inserted into E. coli or yeast.

The microbes are “transformed into high-output nanobody factories.”

Better than the natural thing

We need to point out that no llama – or naturally occurring nanobody – was used in this research. The scientists felt they could do better by searching for a suitable synthetic candidate – and improve upon it with protein engineering.

Step two: Bombard promising candidates with testing. With increasingly stringent criteria, eliminate the weak or ineffective candidates. This process found 21 finalist nanobodies that prevented a modified form of the SARS-CoV-2 spike from interacting with ACE2 receptors.

But what about the magical inhaler?

In a final set of experiments, the researchers “put their nanobodies through a series of stress tests, subjecting them to high temperatures, turning them into a shelf-stable powder, and making an aerosol.”

Each of these processes is highly damaging to most proteins – but the scientists were delighted to find that, because the of the inherent stability of nanobodies, there was no loss of antiviral potency in the aerosolised form.

And this is why they believe that AeroNabs are “a potent SARS-CoV-2 antiviral that could be practical to administer via a shelf-stable inhaler or nasal spray.”

Said Dr Mangliuk: “We’re not alone in thinking that AeroNabs are a remarkable technology. Our team is in ongoing discussions with potential commercial partners who are interested in manufacturing and distributing AeroNabs, and we hope to commence human trials soon.

“If AeroNabs prove as effective as we anticipate, they may help reshape the course of the pandemic worldwide.”

So many miracles have happened in the lab but never made it into the market place because the science didn’t translate into the real world.

There are many big claims being made in COVID research. And this is probably one of the biggest. But keep in mind, the magic molecule is yet to be subject to human clinical trials.

You can find a preliminary (not peer-reviewed) report here.