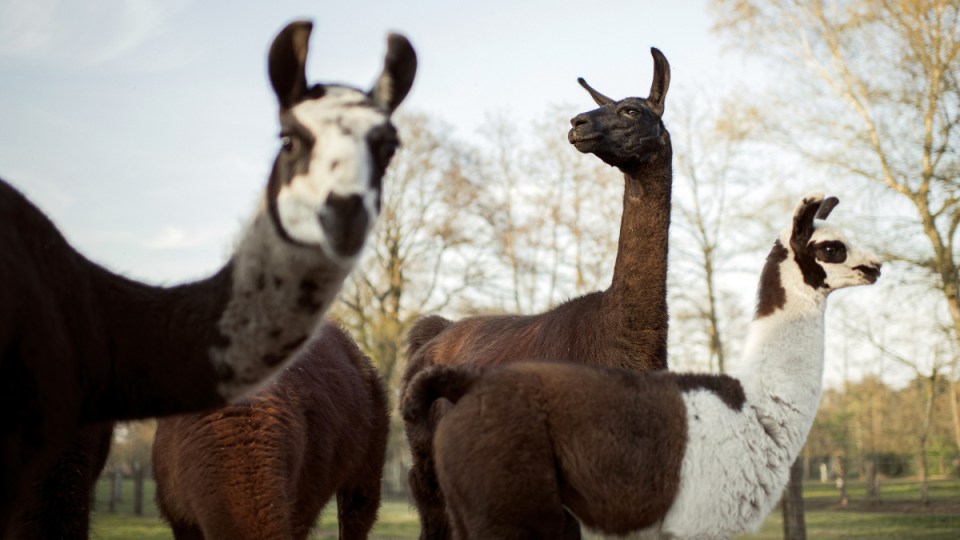 Antibodies from llamas have neutralised the novel coronavirus and other infections in lab experiments. Photo: NYT

Winter is a four-year-old chocolate-coloured llama with spindly legs, ever-so-slightly askew ears and envy-inducing eyelashes. Some scientists hope she might be an important figure in the fight against the coronavirus.

Finding that her antibodies staved off those infections, the scientists posited that those same antibodies could also neutralise the new virus that causes COVID-19. They were right and published their results on Tuesday in the journal Cell.

Scientists have long turned to llamas for antibody research. In the past decade, for example, they have used llamas’ antibodies in HIV and influenza research, finding promising therapies for both viruses.

Humans produce only one kind of antibody, made of two types of protein chains – heavy and light – that together form a Y shape. Heavy-chain proteins span the entire Y, while light-chain proteins touch only the Y’s arms.

Llamas, on the other hand, produce two types of antibodies. One of those antibodies is similar in size and constitution to human antibodies. But the other is much smaller; it’s only about 25 per cent the size of human antibodies. The llama’s antibody still forms a Y, but its arms are much shorter because it doesn’t have any light-chain proteins.

This more diminutive antibody can access tinier pockets and crevices on spike proteins – the proteins that allow viruses like the coronavirus to break into host cells and infect us – that human antibodies cannot. That can make it more effective in neutralising viruses.

Llamas’ antibodies are also easily manipulated, said Dr Xavier Saelens, a molecular virologist at Ghent University in Belgium and an author of the new study. They can be linked or fused with other antibodies, including human antibodies, and remain stable despite those manipulations.

This antibody is a genetic characteristic llamas share with all camelids, the family of mammals that also includes alpacas, guanacos and dromedaries.

Sharks have these smaller antibodies, too, but they “are not a great experimental model, and are a lot less cuddly than llamas,” said Daniel Wrapp, a graduate student affiliated with the University of Texas at Austin and Dartmouth College, and a co-author of the new research.

Dr Saelens said that llamas are domesticated, easy to handle and less stubborn than many of their camelid cousins, although, “if they don’t like you, they’ll spit.”

In 2016, Dr Saelens, Mr Wrapp and Dr Jason McLellan, a structural virologist at the University of Texas at Austin, and other researchers looked to llamas – and, specifically, Winter – to find a smaller llama antibody “that could broadly neutralise many different types of coronavirus,” Dr McLellan said.

They injected Winter with spike proteins from the virus that caused the 2002-03 SARS epidemic as well as MERS, then tested a sample of her blood. And while they couldn’t isolate a single llama antibody that worked against both viruses, they found two potent antibodies that each fought separately against MERS and SARS.

The researchers were writing up their findings when the new coronavirus began to make headlines in January. They immediately realised that the smaller llama antibodies “that could neutralise SARS would very likely also recognise the COVID-19 virus,” Dr Saelens said.

It did, the researchers found, effectively inhibiting the coronavirus in cell cultures.

The researchers are hopeful the antibody can eventually be used as a prophylactic treatment, by injecting someone who is not yet infected to protect them from the virus, such as a healthcare worker.

While the treatment’s protection would be immediate, its effects wouldn’t be permanent, lasting only a month or two without additional injections.

This proactive approach is at least several months away, but the researchers are moving toward clinical trials. Additional studies may also be needed to verify the safety of injecting a llama’s antibodies into human patients.

“There is still a lot of work to do to try to bring this into the clinic,” Dr Saelens said.

“If it works, llama Winter deserves a statue.”

Llamas and the coronavirus: How the humble creature can join the fight