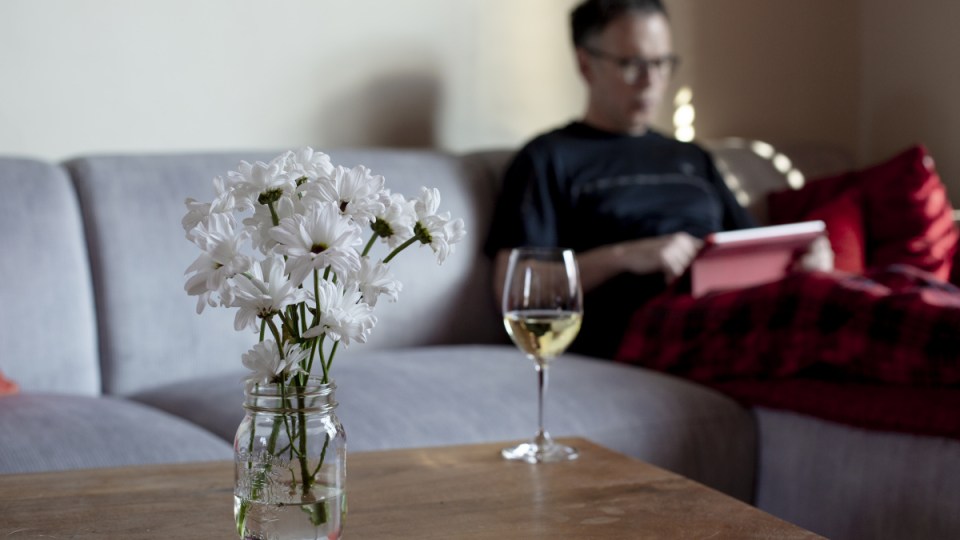 If you think you’ve seen more ads for alcohol on your social media feed lately, you’re right – it has increased more than 350 per cent during the coronavirus pandemic.

Since the country entered lockdown in March, alcohol companies have ramped up their advertising, tailoring advertising around “drink to survive isolation” and “keep the drinks flowing in iso” to keep consumers buying and boozing.

A joint investigation monitored an individual’s Facebook and Instagram social media feeds for one hour on a Friday night, counting and collecting how many alcohol ads were thrown at the user.

The result? One hundred and seven, the equivalent to one ad every 35 seconds.

(For perspective, if this was a social media feed, according to this study you would’ve encountered your first ad by now.)

In Australia, the alcohol industry self-regulates its advertising, meaning there’s no government body to intervene and keep individual companies in check.

Health experts raised concerns early on in lockdown about the elevated levels of alcohol Australians were buying and consuming during the pandemic.

By mid-April, less than a month after stay-home restrictions were brought in, 70 per cent of Australians were already drinking more than they usually would.

They were starting earlier, drinking more, in solitary and doing so to cope with stress.

But it has not stopped alcohol companies peddling isolation specials – “delivered straight to your door”.

Cancer Council Western Australia, which was involved in the study, said it was obvious companies had targeted isolation as a trigger for drinking, and were exploiting it.

(Your second alcohol ad would be appearing about now.)

Nearly 60 per cent of the ads monitored touted their service as, ‘An easy way to access alcohol without leaving your home’.

More than half told potential customers they could save money, and about a quarter encouraged drinking during the COVID-19 pandemic.

“With phrases like ‘wine from home’, ‘Stay in. Drink up’, and ‘confinement sale’, it’s evident the alcohol industry is using a global health crisis to its advantage,” the council’s Julia Stafford said.

Sober in the Country charity founder Shanna Whan said she was disheartened by the alcohol industry’s “shameless” habits in what has been an already overwhelming situation for individuals.

“I am genuinely fatigued and heartbroken by the constant social media posts glorifying coping with [isolation] by getting drunk because I know the crushing weight it’s adding to our most vulnerable; like those in early recovery, or shaky sobriety, or those who don’t even yet know they’re becoming dependent drinkers,” said Ms Whan, whose organisation focuses on breaking down the stigma around alcohol abuse.

(You’re well onto your third ad by this point.)

A glass full of concern

Australians have been experiencing stress, anxiety or depression up to five times as much as they would outside of lockdown, a Swinburne University study revealed at the end of April.

And while alcohol might be a short-term fix to calm any nerves, as the alcohol leaves our system, our bodies try to counteract the chemicals it releases to block anxiety.

Now more than ever, it’s important to stay healthy for ourselves and our loved ones.
✅Find out more: https://t.co/fQRbooE8vl #InThisTogether #COVID19Au #covid19 #wellness #publichealth #family pic.twitter.com/5G29Q8MJqf

This results in the body flooding itself with its own chemicals, trying to restore a level of balance in the system.

What we end up with is a new state of anxiety, colloquially referred to as hangxiety.

As a depressant, alcohol also has the ability to bring on bouts of moodiness.

(Consider this your fourth ad, calculated by the average reader’s words per minute speed.)

These effects, coupled with the alien reality of lockdown that we find ourselves in, is not a good recipe for mental health, Foundation for Alcohol Research and Education CEO Caterina Giorgi said.

“This study shows that alcohol companies are taking advantage of people’s fear and anxiety by urging us to drink alcohol to cope with isolation,” Ms Giorgi said.

“This is all happening while people’s lives have been turned upside down because of COVID-19.”

If you are struggling with your alcohol intake, call the National Alcohol and Other Drug Hotline on 1800 250 015.

(This would be your fifth alcohol ad, by the way.)