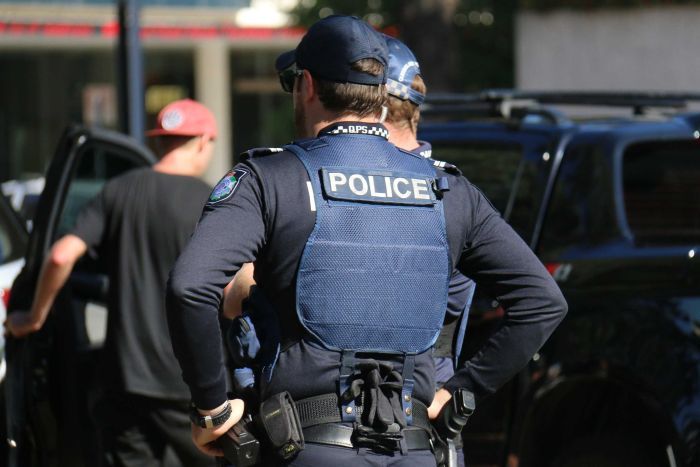 Having a grasp on your basic rights can help when being stopped by police. Photo: Patrick Williams

If a police officer asks to search your belongings, see your phone or check your car, do you have to let them, or can you say no?

Whether you are dealing with a noise complaint or being asked for identification, having a grasp of your basic rights when dealing with the police can help.

Vice president of Queensland Council of Civil Liberties (QCCL) Angus Murray said many of our rights were misunderstood due to our love of crime shows on TV.

“I think people use rights they see on television, which are often American rights, so unfortunately they don’t know their rights in the context in Australia,” he said.

This advice is general in nature and does not cover all scenarios.

But here are five common situations you may face:

When a police officer asks you for ID:

If you are over the age of 18, you are required to provide the police with your name and address in Queensland, although the law can differ in each state.

If you are under 18, you only need to provide your age and you have the right to ask for a parent or lawyer to be present in the process of questioning.

“You do need to show your ID to the [Queensland] police because if they ask you to do something, and you fail to do so, it’s seen as a lawful request and the police are able to charge you with failure to comply with the direction,” Mr Murray told ABC Radio Brisbane’s Rebecca Levingston.

“The police do need to have reasonable suspicion of your engagement in criminal activity or something unlawful before they start questioning.

When police ask to search your car:

If you are pulled over with reasonable suspicion, i.e. you have smoke coming out of the back of your car, the police can use that as a reason to search.

“It does depend on what the police basis is for the search, they can’t just walk up and search the car, unless they have suspicion or a warrant for the car,” Mr Murray said.

Police can seize any unlawfully held weapons they find in the search and can also seize evidence of other offences found in the search, such as drugs or housebreaking tools.

When handing over your phone or filming police:

Police do not have an automatic right to search you and your personal property such as a mobile phone.

According to the Queensland Police your property can be searched if:

Mr Murray said the police have the power to stop, detain and search you personally without a warrant if they reasonably suspect that you are carrying something such as a weapon, illegal drugs or graffiti instruments.

When it comes to using your phone to film, there is no specific law that states you cannot film the police while carrying out their duties in public.

You do have the legal right to film police, if it is in a public place, and as long it does not interfere with the performance of the police officer’s duties.

If you are approached by the police while recording them you should state what you are doing and why.

Non-profit legal service Caxton Legal Centre state in their Know Your Rights handbook, that police do have the right to stop you from filming if you are obstructing a police officer.

There is also strict limitations on playing recordings, and you should always get legal advice before deciding whether to play the recordings to other people or to publish them.

Your rights are the same across Australia when:

Where rights can vary for protests:

Before attending a protest, check who has organised the rally or event, and be aware that laws vary slightly across the different states.

Mr Murray said people should ensure that any protest they attend in Queensland has been lawfully organised, as this benefits both the protesters and police, and they should contact the event organiser before taking part.

“The [Queensland] Peaceful Assembly Act deals with how groups can apply to protest, and deals with the parameters of the protest, the location and the duration of the protest,” he said.
“A lawful protest is a protest that occurs lawfully under an act and where that assembly occurs it is endorsed, and the police should be present to protect the people engaging in the protest.”

He added that police can take steps they believe are reasonably necessary to prevent a breach of the peace or a public disturbance.

They can also take steps they consider necessary to suppress a riot.

In Victoria, the local council may require you hold a permit, but in NSW you do not need a permit, although it is advisable.

In South Australia and the Northern Territory, a protest in a public place has to be approved by police.

In the ACT, the Australian Federal Police and Parliament House security have to give approval if you are protesting within the parliamentary triangle.

In Tasmania a person must not organise a march or rally without a permit if it is to be held on a public street, and a written application should be obtained from Tasmania Police.

And in WA, a permit is required for a protest involving more than three people.

When being told to ‘keep the noise down’:

When it comes to loud noise, police have specific powers to deal with genuine complaints about loud noise.

If you are unreasonably making too much noise and it is affecting people in homes or nearby workplaces, the police may arrive on your doorstep.

Caxton Legal Centre note in Know Your Rights that if the police do arrive and give you a noise abatement direction, you must stop making noise immediately with the direction normally lasting for 96 hours.

Police can also enter a place without a warrant to give directions about a noise.

If police stop and search you, here are your basic rights