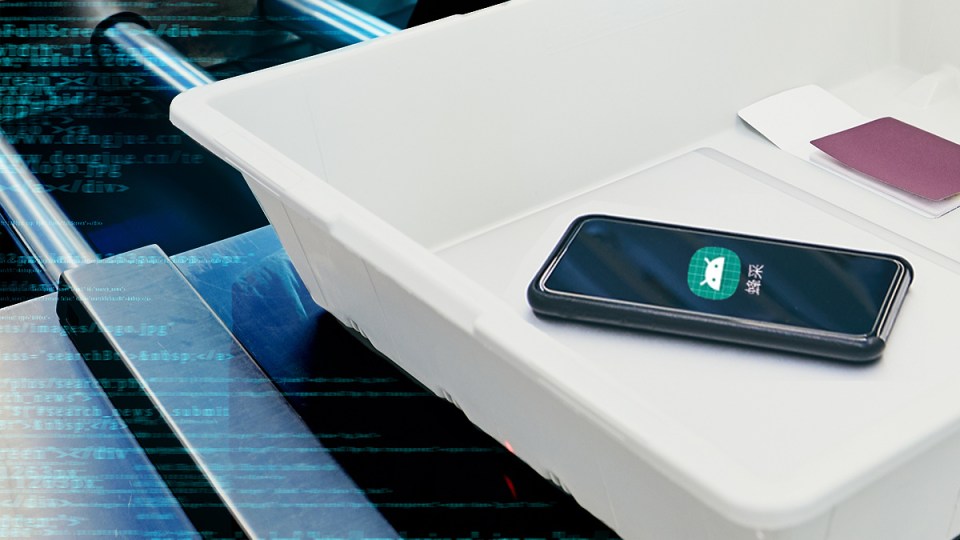 Travellers have no option but to comply with Australian Border Force requests for devices and passwords. Photo: TND

Human rights experts have raised concerns over the increasingly intrusive level of electronic surveillance faced by travellers in Australia and overseas.

On Tuesday, The New York Times reported that travellers who crossed from Kyrgyzstan into China were forced to unlock and hand over their smartphones and computers to Chinese border officials.

According to the report, border officials installed a surveillance app called Fengcai – “a name that evokes bees collecting pollen” – that gathers “all stored text messages, call records, contacts and calendar entries, as well as information about the device itself”.

Digital rights experts have warned that Australian Border Force has similar powers to confiscate and inspect the content of travellers’ digital devices with little public oversight.

In August, a 46-year-old British-Australian software developer Nathan Hague was stopped, apparently at random, while travelling through Sydney airport and had his laptop and smartphone seized by Border Force officers.

Mr Hague said the officers refused to tell him what would be done with his devices.

The case shows that “it can happen to any individual Australian, you have no rights when it does, and you have no control over where that information that’s taken goes when it’s taken”, Digital Rights Watch director Tom Sulston told The New Daily.

“There are no legal requirements for any of the security services to report how many searches they are doing. We are dependent on individuals coming forward to report when it has happened to them.”

On Christmas Eve the Coalition government’s anti-encryption bill – which gives law enforcement authorities the power to compel tech and telco companies to hand over encrypted user data – was passed with bi-partisan support from Labor.

“[The] Assistance and Access Bill makes it easier for law enforcement to demand that a person unlock their phone and expose their personal information. It could then be copied off, either with an app or a hardware device,” Mr Sulston said.

“Sadly, the terrible powers that both sides of the Australian Parliament have granted to our own security services are likely to be used as templates for other regimes.”

‘We are all treated as suspects’

Australians are “seeing our rights are eroded and we are all treated as suspects,” Flinders University criminology and human rights expert Marinella Marmo said.

The anti-encryption bill has given “extensive powers to the ABF to confiscate a laptop or electronic device, even a USB stick, anything that contains electronic evidence of whatever they’re searching for,” Dr Marmo said.

“The range of discretionary powers of immigration officers have changed very quickly in a very short amount of time, and very little power is given to judges to check this power.”

Travellers have little choice but to hand over passwords to electronic devices by ABF officials, who are not required to give a reason for the inspection.

It’s happening to normal people because all of us are becoming an object of enquiry by the state, so everyone can be a criminal,’’ she said.

“The [traveller] is not given the right to say no because it will be taken as obstruction … the way the legislation is framed does not give any power to the other party.

“If we put up resistance we can be stopped for as long as is required.”

‘Profoundly undemocratic’: Why Australia needs a bill of rights

Australia desperately needs a human rights bill to protect citizens from such overreaches and “bring us up to speed” with other countries, Dr Marmo said.

“We need to let the government know that while we do need legislation for national security, [digital search powers] need to be justified by more than just suspicion,” Dr Marmo said.

The government’s thirst for sweeping surveillance and search powers is out of step with the Australian public’s wishes, Mr Sulston said.

“Australians are not in favour of being surveilled in this way,” he said.

The scale of access to citizens’ information demanded by legislators is  “a sign of a government and a system of government – with the opposition fully on board – that is profoundly undemocratic.”

Digital Rights Watch is campaigning for a charter of rights that enshrines the human rights of Australians in law.

“We’re the only Western liberal democracy without one. That’s why it’s very easy for governments to keep passing [heavy-handed] laws.”

Concerned travellers should assume they will be stopped by border officials and rid their devices of any sensitive personal information, Mr Sulston said.

There is no legal test case that demonstrates what would happen if a person were carrying a device for which they didn’t know the password, he said.

Cloud storage platforms can be used to store data remotely, but travellers should be aware “many of these have also been compromised”, he said.

The United States carries out inspections of electronic devices, and recently changed their visa laws to require most visa applicants to submit their social media handles, previous email addresses and phone numbers.

Cybersecurity expert Julian Plummer said that travellers to the US should be aware that there is “no option but to hand over your social media details when asked”.

“Secondly, don’t lie when filling out the forms – I’m reliably informed that “serious immigration consequences” will occur should the authorities determine you lied on your forms,” Mr Plummer said.

Travellers should assume “all information in your social media history will be downloaded and stored by the government”, he said.

“So be parsimonious about what you put on social media in the first place.”

He recommends travellers use a password manager and change their passwords after leaving the US.

The New Daily contacted the Australian Border Force and the Department of Foreign Affairs and Trade for comment but did not receive responses by deadline.

‘We are all treated as suspects’: Travellers face increasingly intrusive electronic surveillance