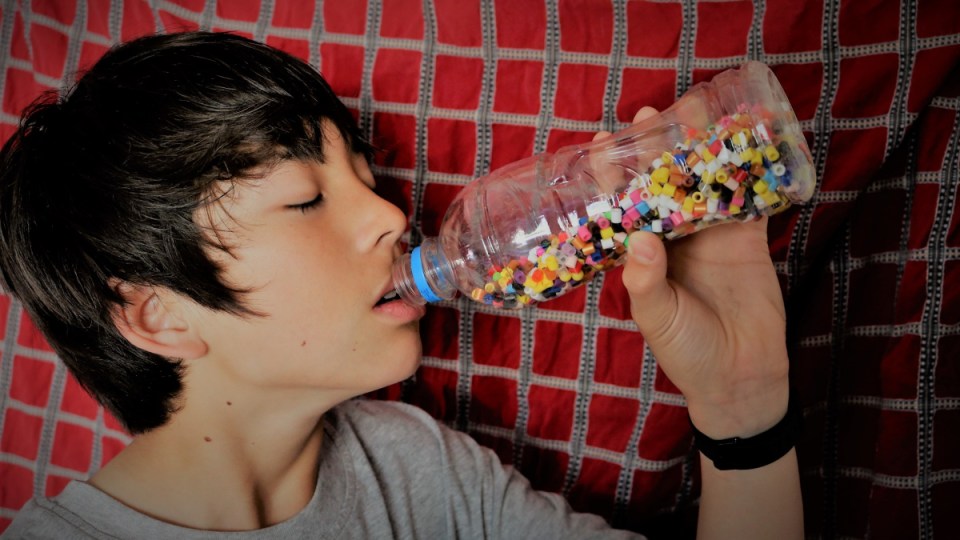 Research out of Canada has hinted at the startling amount of plastic we could be inadvertently consuming every year. Photo: Getty

We could be unknowingly consuming tens of thousands of microplastic particles every year – and people who regularly drink bottled water could be downing even more, new research shows.

If you’re a fan of drinking water from plastic bottles, you can add another 90,000 microparticles to your intake.

It’s not yet clear what effect this is having on our health, but researchers have guessed it could trigger immune reactions or release toxic substances.

One Australian scientist fears it could spike health problems for people in sensitive conditions, such as pregnant women and children.

Environmental scientist and environmental chemist Paul Harvey said the study’s results highlighted the pervasive nature of microplastics in the global environment, and raised concerns about the chemical exposure they could inflict on humans.

“Ingesting microplastics may be placing humans at risk of exposure to the various chemicals found within the plastic compounds,” said Dr Harvey, who is also adjunct professor at Macquarie University.

“This is particularly problematic and concerning for those who are more sensitive to environmental toxins including children and pregnant mothers.”

The team analysed the amount of tiny plastic pieces found in food and drink products from fish, sugar and salt additives, alcohol, tap water, bottled water and even air.

Combined with data that demonstrated the average dietary intakes of Americans, they came up with an estimated annual microplastic consumption of between 74,000 and 121,000 particles (which varies depending on age and gender).

The infiltration of plastic into all pockets of the environment has made headlines consistently throughout the past 12 months.

University of Newcastle senior research fellow Dr Thavamani Palanisami said the report was an indication of the wider impacts of plastic pollution.

“It’s a crisis that is not only blighting our landscapes and oceans but affecting the food we eat and the water we drink,” Dr Palanisami said.

A grain of salt – and plastic

While the numbers might present as shocking, it should be kept in mind the findings are only an estimate of possible consumption in the US, and the data is based on extrapolation rather than direct measurements, RMIT University’s Professor Oliver Jones said in a statement.

“No harm has yet been demonstrated to humans from microplastics. Indeed, previous research estimated that humans get more exposure to microplastics from dust than food,” said Professor Jones, who is an associate professor of analytical chemistry at the university.

“That said, the data are certainly a wake-up call to the potential scale of the problem.

“Microplastics are an area where more science is welcome as we simply don’t yet know enough about the issue to make robust conclusions about the possible risk.”

We’re unknowingly eating thousands of pieces of plastic every year