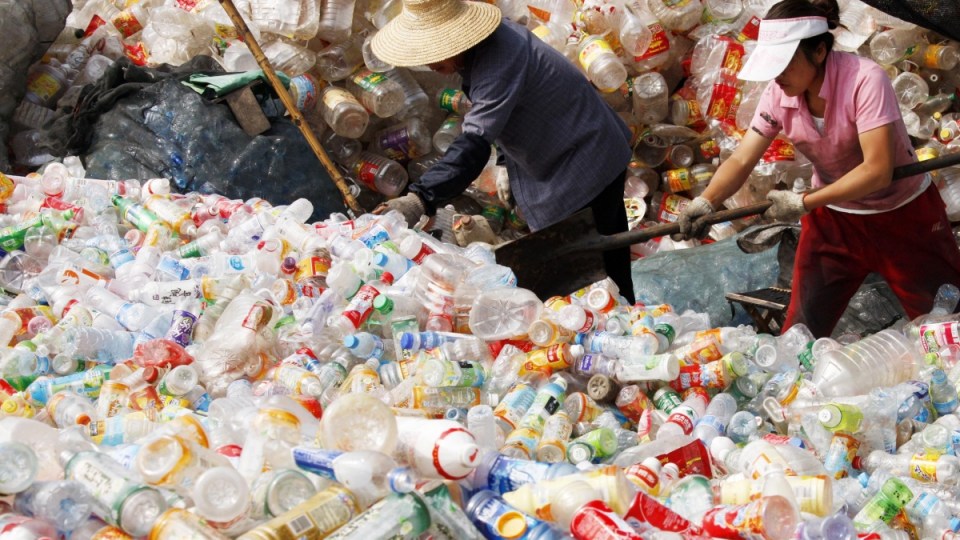 Plastic water bottles are going to be a thing of the past. Photo: Getty

More and more plastic items are being pulled from shelves and restaurants around the world in a bid to reduce global waste, forcing many popular products into extinction.

Progressive countries such as Norway have long been leading the way, with supermarkets radically reducing plastic packaging on fruit and vegetables by up to an enormous 400 tonnes last year.

This week, Britain was the latest nation to follow suit, announcing a ban on plastic straws, drink stirrers and plastic-stalked cotton buds from April next year.

But environmental experts in Australia say the UK’s ban on single-use plastic is just the beginning, and that many items we use today are already on the way out.

What are we losing?

One of the first items on the chopping block will be plastic cutlery, according to Waste Management and Resource Recovery Association of Australia (WMRR) chief executive Gayle Sloan.

“Seriously, who needs plastic when you can take your own stuff from home?” Ms Sloan told The New Daily.

“You just don’t need paper plates or plastic cutlery – think about how you can reuse items instead.”

Birthday parties are also bound to look very different in coming years, with balloons featuring on the list of items facing extinction.

“The risk of those balloons ending up in the marine environment definitely outweighs their benefits,” Ms Sloan said.

But that’s not all – our takeaway sushi rolls might not look the same for much longer either.

When the tiny soy sauce fish container was invented in 2008, it was celebrated at the time for its slick and convenient design, which includes a handy resealable nose and a non-drip mouth.

But the reality is single-use plastics like soy sauce fish containers often end up in landfill or in the ocean, causing serious environmental damage.

Ms Sloan said about 95 per cent of packaging is single-use, which means that people use it once before discarding it.

“Now that we’ve thought more about these single-use items, what other items can we avoid as a country?”

Australia’s federal department of environment and energy has already committed to phasing out micro-beads, which are tiny plastic particles used as exfoliants in some cosmetics and personal care products.

Micro-beads don’t degrade or dissolve in water and they are not captured by most wastewater treatment systems, which means they are washed down drains and can end up in rivers, lakes and oceans.

The South Australian government has taken decisive strides toward a plastic-free world over several decades, introducing the nation’s first container deposit scheme in the 1970s and launching a discussion paper this year seeking community feedback about ways to reduce the environmental impact of plastic litter items.

State Minister for Environment and Water David Speirs said he was “keen to keep South Australia at the forefront of these areas, and to maintain this position, while also increasing economic activity”.