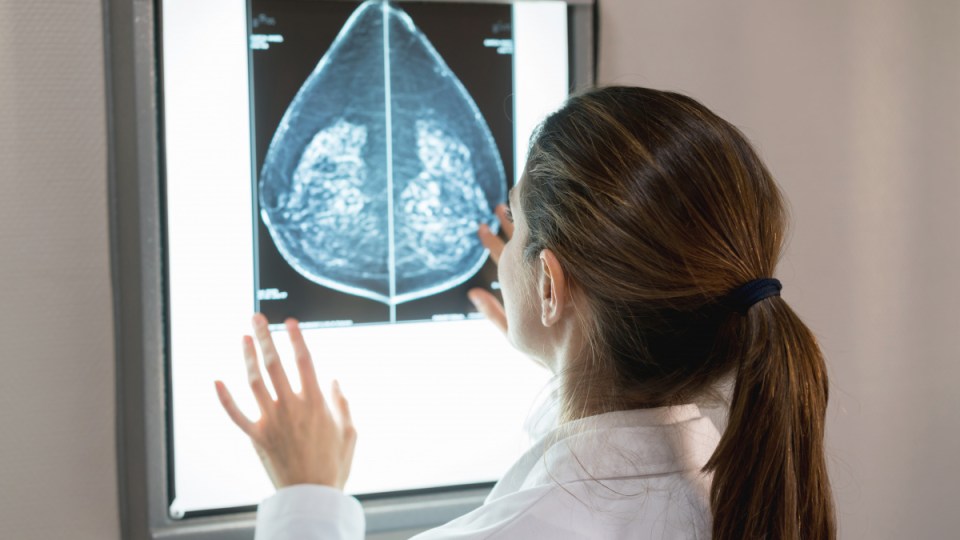 Health experts are one step closer to determining what causes breast cancer in some people, and lifestyle factors are playing a bigger role than previously thought.

This week, University of NSW scientists told us that just two modifiable risk factors – regular alcohol consumption and excessive weight gain – will be responsible for about 30,000 cases of breast cancer by 2030.

Drinking alcohol will play a role in 13 per cent of breast cancer cases in pre-menopausal women, and being overweight or obese will contribute to another 13 per cent, or 17,500 of future preventable cases, the new data showed.

The evidence echoes similar findings by the World Cancer Research Fund, which found that there is “strong evidence” that a person’s cancer risk will inevitability climb as they drink more, or enter the unhealthy weight range.

While not all breast cancers are avoidable (and some people who are diagnosed with the disease will never find out what went wrong), about one in five breast cancer cases can be prevented, public health experts believe.

How much alcohol is too much?

According to the World Cancer Research Fund (WCRF) expert panel, it’s not known where the alcohol ‘threshold’ for breast cancer risk lies.

The University of NSW study found that breast cancer risk increased with one standard drink per day. Other studies have found the risk increases with any amount of alcohol.

“It is clear that the more alcohol you consume, the greater your risk of developing cancer,” Cancer Council’s nutrition and physical activity expert Steve Pratt told The New Daily.

“If you choose to drink, we recommend you follow the National Health and Medical Research Council guidelines and limit your intake to two standard drinks a day.”

Beer, wine or spirits: which is worse?

The same expert panel also concluded the risk increases irrespective of the type of alcohol.

The main reason for this, the panel said, is that all alcohol contains ethanol – a cancer-causing compound.

Toxic chemicals in alcohol can damage our DNA and increase the level of the oestrogen hormone, which has been linked to breast cancer, according to Cancer Research UK.

To paint a clearer picture of these dangers, British scientists recently took it upon themselves to ask a novel question, How many cigarettes are there in a bottle of wine?

For the study, no cigarettes were smoked. And wine corks remained intact. Rather, the University of Southampton researchers analysed national statistics to find out the ‘cigarette-equivalent of population cancer harm’.

Before you try either method at home, the answer is 10.

A bottle of wine is roughly the same as smoking 10 cigarettes a week for women, and five for men, said the researchers, who recently published their results in BMC Public Health.

They also calculated that drinking three bottles of wine is equivalent to smoking 23 cigarettes for women, and eight for men.

Despite all this, national statistics show that one in 10 women still exceed the ‘no more than two drinks per day’ guidelines – and this figure could be rising.

“Historically, men have been more likely to drink alcohol than women and to drink in quantities that damage their health. However, evidence points to a significant shift in the drinking landscape,” stated the authors  behind a National Drug and Alcohol Research Centre report published in 2016.

What about weight gain?

At the same time, Australia’s obesity crisis is worsening, which could be putting even more people at risk of cancer.

New figures from Obesity Australia suggest there are almost one million more people with obesity today than three years ago.

“Having a BMI index over the healthy weight range increases your risk of breast cancer and the risk increases incrementally,” Mr Pratt said.

“People who are overweight or obese should first aim to stop gaining weight. People with obesity may benefit from sustained, sustainable weight loss.”

This is easier said than done for some people. And Cancer Council Australia acknowledged that governments must also take steps to help people to make healthier choices.

What do the physical activity guidelines recommend?

Australia’s physical activity guidelines suggest two-and-a-half hours to five hours of moderate-intensity physical activity per week. This could include a brisk walk or light jog, a gentle bike ride, or even household chores such as mowing the lawn or vacuuming.

If you are more interested in an intense, or vigorous workout, you would need to dedicate just half the time as someone who exercises with moderate effort.

“Simple steps like getting off the bus a little bit earlier or walking to the shops instead of driving make a big difference to your health,” he said.

“Overall, the recommendations about diet and lifestyle help to reduce your risk of cancer. However, following recommendations can never guarantee you will not get cancer, just as being diagnosed with cancer does not mean it is your fault or that you are to blame.”

Study links obesity and alcohol with breast cancer. What we know so far and what you can do