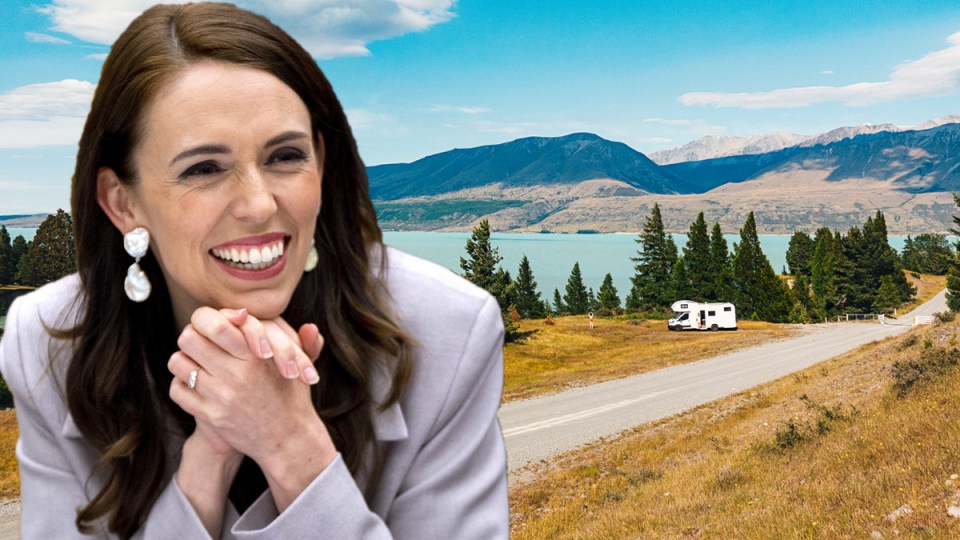 Australians will finally be able to visit their neighbours across the ditch without having to complete quarantine in less than a fortnight.

New Zealand Prime Minister Jacinda Ardern confirmed on Tuesday that quarantine-free travel in both directions would be allowed from 11.59pm Sunday, April 18, in a deal she touted as a “world first”.

But Ms Ardern cautioned that travel between Australia and New Zealand under the new, post-pandemic, arrangements would be very different.

“While we absolutely wish to encourage family and friends to reunite and visitors to come and enjoy the hospitality New Zealand is ready and waiting to offer, those undertaking travel on either side of the ditch will do so you under the guidance of flyer beware,” she said.

“Once we know about a case in Australia we will have three possible responses when it comes to flights and access to our border, and we’ve captured these with a framework based on continue, pause, or suspend.”

The decision to open up the long-awaited travel route will delight thousands of families separated by the pandemic.

It’s also a shot in the arm for New Zealand’s ailing tourism industry.

Australia provides more visitors than any other country to New Zealand, and the announcement is expected to start a flood of visitors across the Tasman.

The decision also ends a tortured 11-month journey from when the concept of a bubble was first agreed. Both countries closed their international borders in March 2020, early in the pandemic.

Ms Ardern announced a new traffic light style system to guide Kiwis while travelling overseas, saying they may be subjected to prolonged stays in Australia or quarantine on return in the event of outbreaks.

In May 2020, Ms Ardern and Australian Prime Minister Scott Morrison signed off on an in-principle goal to re-open borders. Outbreaks and planning challenges led New Zealand to repeatedly delay.

The New Zealand leader acknowledged the border closures had hit many hard.

“One sacrifice that has been particularly hard for many to bear over the past year has been the separation from friends and family who live in Australia, so today’s announcement will be a great relief for many,” she said.

Earlier on Tuesday, Air New Zealand revealed a major clue to the bubble’s start date, bumping up its offering of quarantine-free flights over the Tasman from April 19.

There is already a one-way travel bubble from NZ to all Australian states except Western Australia. Arrivals from New Zealand are not required to quarantine in Australia but until now, NZ has not offered a reciprocal arrangement.

Under the current rules, Kiwis must complete self-funded hotel quarantine when they return home.

Scott Morrison gets his passport ready

Mr Morrison is likely to be one of the first Australians to make use of the travel arrangement.

The trans-Tasman PMs usually meet annually and it is New Zealand’s turn to host in 2021.

Both countries have deferred the talks so far this year, in the hopes of meeting in person.

“I spoke to Prime Minister Scott Morrison last night to say today is the day the cabinet would be making those decisions,” Ms Ardern said.

“The first thing we talked about was when we could have those face-to-face meetings. Dates are being discussed. I expect it will be relatively soon.”

Mr Morrison responded to the New Zealand government’s decision on Tuesday, touting the positive effect a travel bubble would have on Australian jobs.

“I am sure that will be welcomed by those in the travel sector and in the aviation sector,” Mr Morrison said.

The Prime Minister said after spending so much time in New Zealand, Kiwis will likely be keen to come to Australia.

He called it a “win-win outcome” for both countries and echoed Ms Ardern’s advice that the arrangement would be subject to changes.

“I think we all understand … that we are not living in a COVID-19 free environment, despite the success of both countries, and that from time to time, steps might have to be taken to protect both countries if there is a sizeable outbreak,” he said.

Mr Morrison would not be drawn on how soon international travel will reopen to other countries, outside of the new bubble arrangement.

Ardern ‘gives a promo’ for NZ

Ms Ardern also used her announcement to spruik the idea of travelling to New Zealand to any Australians thinking of making the journey.

First the Prime Minister reiterated that her country is a “safe” place to visit – a rare occurrence in a post-COVID world.

She then provided a light-hearted reminder that the ski season is fast approaching.

“I know that’s something that Australians love to partake in and that’s rapidly coming upon us,” she said.

“But even if you’re not a skier, I can’t begin the list the beautiful places we have to visit.”

‘Flyer beware’ as trans-Tasman travel bubble lifts off within days