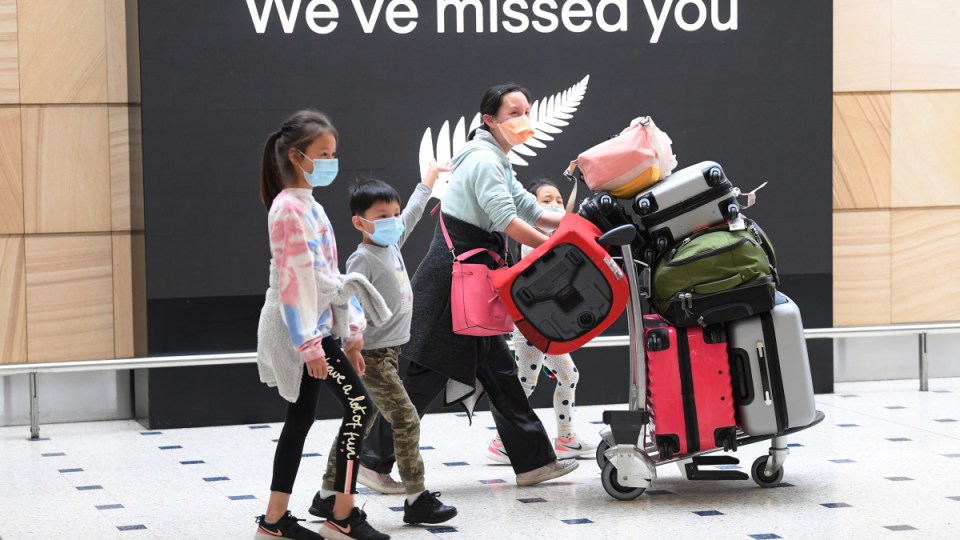 Freedom to fly has hopes soaring on both sides of the Tasman.across the Tasm Photo: AAP

Ms Ardern’s cabinet met to sign off a plan to create the trans-Tasman bubble on Tuesday morning, before a 4pm local time (2pm AEST) announcement.

The Prime Minister has remained tight-lipped on possible start dates, but Air New Zealand may have given the game away.

The national carrier has bumped up its offering of quarantine-free flights over the Tasman from April 19.

The likely start date corresponds with New Zealand’s school holidays, which begin on April 17 and go through to May 2.

Australian Industry tourism chief John Hart provided further confirmation, saying “the 19th was pretty much definite”, according to the The Australian.

In Wellington on Tuesday morning, Ms Ardern refused to confirm the rumoured green light ahead of her official announcement.

“They do not know cabinet’s decisions. We have not told them the date we will be opening”, Ms Ardern said.

Ms Ardern said she was pleased to finally be able to announce a date, after a tortured 11-month journey from when it was first agreed in-principle last May.

“The public, tourism operators, families and friends will have that certainty,” she said.

“I’m a Kiwi like everyone else … I have family and friends in distressing situations because we have had this border in place.

“We are now able to take this next step and it is a world-first.”

Australian and NZ borders have been shut to almost all non-citizens since March 2020, with both countries requiring arrivals to spend a fortnight in quarantine before entering the community.

The bubble arrangement already exists in one direction to all Australian states except WA, with New Zealanders able to visit Australia without quarantine.

However, they must complete self-funded hotel quarantine on their return journey.

Australian Prime Minister Scott Morrison is likely to be among the first to enjoy the quarantine-free arrangement in both directions.

Mr Morrison is expected to attend the 2021 Australia-NZ Leaders’ Meeting, which has been deferred to allow for an in-person gathering.

“We both are keen to get on with it as soon as possible and the venue is due to be New Zealand and so we’re looking forward to welcoming him here at a date that can be mutually decided upon,” Ms Ardern said.

University of Auckland professor Shaun Hendy told a cautious Kiwi public that re-opening was worth the risk.

“It’s not greatly increasing the risk to New Zealand … we are going to have to make these small incremental risks,” he told Radio NZ.

“We do want to get something like normal life back over the next year.”

Families separated by the Tasman Sea have been among the loudest voices calling for a resumption of normal travel.

Tourism-related industries and businesses are also desperate for travel to resume.

“We’re all looking forward to hearing what the NZ government has to announce,” Mr Tasker said.

Mr Tasker was one of 40 representatives – including airports, airlines and government officials – in the Trans-Tasman Safe Border Group which last June put together a logistical plan for aviation to resume safely.

“It was to really provide a blueprint to both governments on how trans-Tasman quarantine-free travel could could function,” he said.

While Australia picked up the report and put it into action, NZ left it on the shelf.

“It’s pleasing to see that the New Zealand government now obviously do see that conditions are conducive to some serious thinking about the possibility of opening.”

The re-opening scenario is expected to run on a state-by-state basis, with borders closed temporarily in the case of new outbreaks.

Ms Ardern has previously warned it would be a case of “flyer-beware” if borders close while Kiwis are visiting Australia.