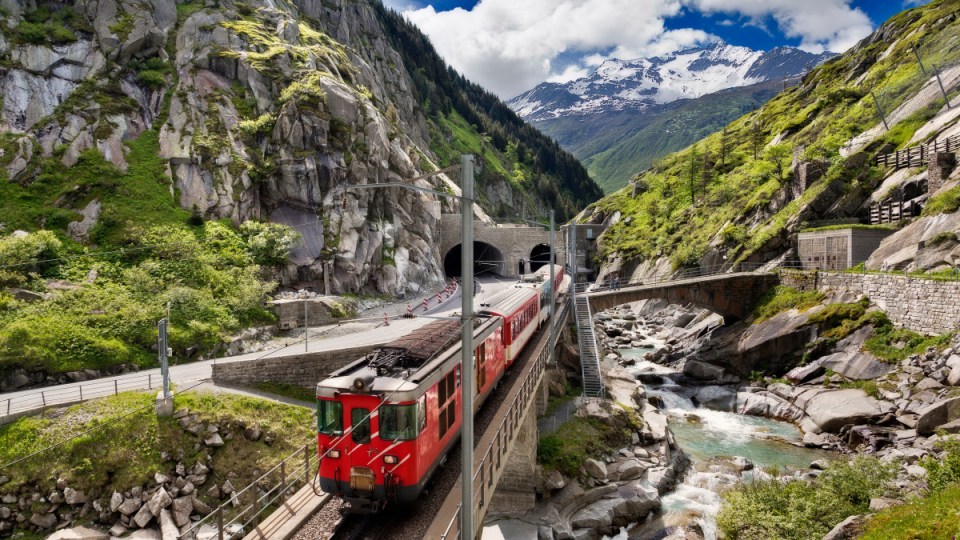 Every flight we take contributes to harmful greenhouse gas emissions, and there’s a growing push for travellers to consider their effect on the environment during their holiday-planning process.

The conversation around climate change action is reaching its peak roar, and there’s no holiday from it.

In fact, it’s extended into holidays with the hashtag #flygskam.

Hailing from Sweden (alongside teen activist Greta Thunberg) flygskam translates to flight shame, and it means to be embarrassed or ashamed when catching a flight because of the plane’s negative environmental impacts.

It evolved from a study by the Swedish Environmental Protection Agency that found the country contributed most to the global aviation emissions total.

Now, the hashtag has gone global and conscious travellers are seeking alternative ways to get from destination to destination – a movement that has spurred hashtags of its own, like #jagstannarpåmarken (stay on the ground) and #tagskryt, Swedish for train-bragging.

I’m on my way home now from Brussels to Stockholm. It’s a long way when you travel by electric car… #istayontheground #climate #jagstannarpåmarken #klimat pic.twitter.com/sdaJskrzrZ

From an island continent like Australia, it’s almost impossible to avoid #flygskam for an overseas holiday.

But there are still ways globetrotters can minimise their emissions footprint, travel experts say.

“The key is to try and cut out short flights wherever possible. If you’re heading to Europe and checking out a few cities, opt for the train instead of an internal flight. Not only will you reduce your carbon footprint, you will probably save some money, too,” said Mr King, of Finder.com.au.

“You could even consider buying an EURail Global Pass if you’re travelling to a few countries in quick succession. The same goes with Japan, which is a country renowned for its super-fast and punctual rail service.”

The amount of carbon dioxide (the greenhouse gas produced by aeroplanes) that comes from the airline industry is estimated to have grown by almost 8 per cent in just two years; from 860 million tonnes in 2017 to 927 million tonnes this year, according to the International Air Transport Association.

Sustainable tourism outlet Ecotourism Australia did the maths and found a Sydney to Singapore return flight creates 6.2 tonnes of carbon dioxide per passenger.

The company’s CEO Rod Hillman said flight shaming hasn’t yet started trending in Australia, because of the country’s geography and a lack of realistic alternatives.

Mr Hillman said there were still ways Australians could avoid the guilt without giving up the trip.

He told The New Daily domestic or international travellers could reduce their environmental impact by offsetting their flights in the booking process, choosing eco-certified accommodation or tour providers, and following responsible tourism practices.

Mr King agreed it was sometimes tricky to avoid air travel within domestic travel, but pointed to the overnight Sydney-to-Melbourne sleeper train as an increasingly attractive alternative to the country’s busiest domestic route.

“The main thing is to be conscious of your impact on the environment, and don’t take flights for the sake of it,” he said.