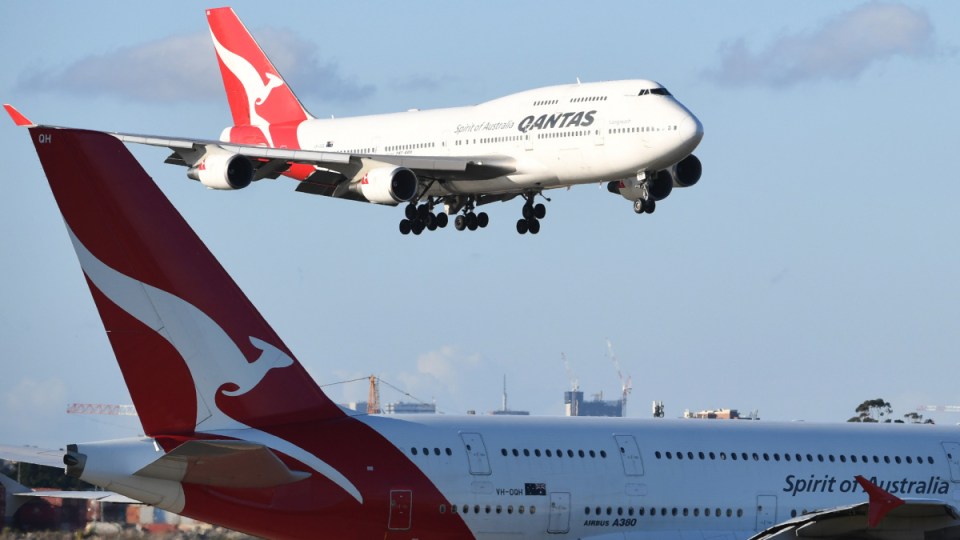 NSW will open to quarantine-free arrivals from overseas from November 1, but some other states are nervous. Photo: Getty

Australia claims two of the world’s busiest flight routes, but it might not be a title the country retains for long, a leading aviation expert says.

Melbourne to Sydney was found by OAG.com to be the second busiest domestic route in the world, with almost 150 flights each day – or about 54,000 flights each year.

Sydney to Brisbane claimed the 12th spot in the domestic rankings, with an annual total of 33,443 flights (about 92 flights each day).

Monash Business School’s Greg Bamber said the rankings were not necessarily a source of pride for Australia.

Professor Bamber, author of Up in the Air, said it would be more beneficial for Australia to have a high-speed rail system between Melbourne and Sydney, therefore giving the airports more capacity to concentrate on international arrivals and departures.

Given the $5.3 billion airport that is being built at Western Sydney, and the upgrades to Avalon Airport near Geelong, Victoria, Professor Bamber said he expected to see more diversity and less congestion in the country’s flight routes.

“People don’t want to have to transfer flights or modes of transport to get to their destination.”

Professor Bamber also predicted we will see more direct flights to European and northern American cities, off the back of Qantas’ success with its Perth to London direct 17-hour flight.

He said the airline was putting an effort into developing more non-stop international hauls, aimed at the wealthy yet time-poor traveller.

All aboard: The most crowded flights

While Melbourne to Sydney held the same position from the 2018 report, the Sydney to Brisbane route slipped from eighth position, dropping about 300 flights annually.

Qantas was the most popular carrier for the higher-ranked route, taking up 44 per cent of the share, above Virgin Australia at 33 per cent, Tigerair Australia at 12 per cent, and Jetstar at 11 per cent.

The website analysed route data from March 2018 to February 2019 to find the flightpaths most popular among global travellers.

For international routes, the Asia Pacific region dominated the rankings, with 15 of the top 20 busiest routes between Asian hubs.

Eight carriers made an average of 82 flights a day between the two ports.

A railway into the future

The concept of a high-speed train between the Victorian and New South Wales capital cities has been part of the national conversation for about a decade, with travel time estimates ranging between two to three hours.

The cost of installing such infrastructure runs into the billions, but Professor Bamber said it would be a much more energy efficient and environmentally friendly travel mode that would further invigorate otherwise isolated towns – such as Albury Wodonga – between the capital cities.