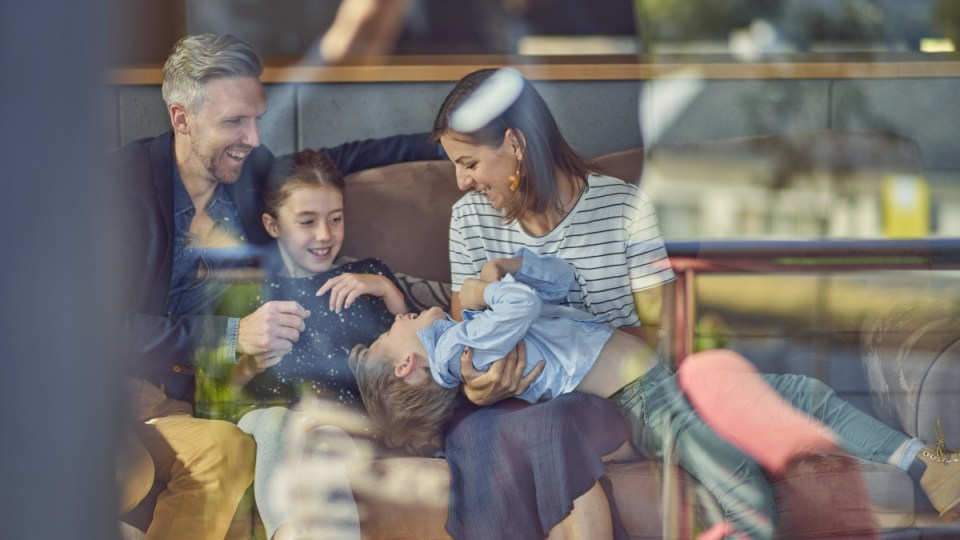 Families are welcoming more automated technology into their homes – the next could be a household manager from Google. Photo: Getty

Tech companies are rushing to put dibs on the next generation of artificial intelligence devices, in the hopes they’ll be leading the digital race.

But experts have urged caution when it comes to consumers readily accepting the next offerings.

All-knowing Google wants to be all-seeing and all-controlling, according to numerous patents it has lodged in the past 12 months.

One of them, as detailed by CBInsights, is billed as a ‘household policy manager’ that can monitor, analyse and regulate everything from the amount of energy a home is using, to how much screen time a child is having each day.

The advanced, adaptive technology has its positives.

In one example in the patent application, Google describes how a child could be identified as being alone in the home, and the household manager automatically locking the external doors until another recognised figure enters the premises.

A series of flow charts within the patent demonstrate how Google plans to use its range of sensors to monitor and compile reports on everything – from the household’s diet (and if it’s helping them achieve their health goals) to detecting a leak in the plumbing.

As with all artificial intelligence devices that operate with collected data, there are also potential negatives. Cyber security expert Cate Jerram, from the University of Adelaide, said the potential of the tech threw up huge questions around privacy and trust.

Dr Jerram told The New Daily consumers might start out confident and aware they were in control of the technology – not the other way around – but they could quickly fall into complacency.

“We will also see a lot more of government and policing wanting access to everything when chasing crime or espionage or terrorism – and the fear factor as people struggle with the choice of losing their own privacy so criminals can be caught, or retaining their own privacy (wishful thinking) while letting criminals get away,” Dr Jerram said.

Then, she said, there’s always weaknesses in even the most secure of technologies that allow it to be hijacked by criminals.

Despite the fears, it’s likely we will see this type of technology as commonplace in homes around Australia by the end of the next decade, telecommunications expert Mark Gregory said.

Associate Professor Gregory said many of the next-generation products were already firmly implanted in household regimes, and it wasn’t something we could expect to slow down.

Tech companies are increasingly harvesting and using location and tracking data to enhance the products they’re offering to consumers, he told The New Daily – and consumers are lapping them up.

“We want to track everything – from the dog to the children, the car, our mobile phone,” Associate Professor Gregory said.

What we’re trading off, and becoming increasingly uncomfortable with, is the fact that to enjoy these products’ capabilities, we’re signing away the rights to our personal data.

Associate Professor Gregory said Australia’s laws around digital privacy were in desperate need of updating, to reflect the community’s expectations and wants around data harvesting and storage – plus where it goes after it’s collected.

Much of the time, he said, the company that harvests the data uses it for its own accord before on-selling it to a third-party.

There are still good things to come from the technology used in things like Google’s proposed household manager.

It can be used as a monitoring device for vulnerable people – think the elderly or unwell – to track their movements and match them to a healthy standard.

If anything seems out of place (like a fall or change in heartbeat) the device can automatically trigger a help alarm, something the person might have to otherwise manually do through activating a personal beacon.

“There are positives in every step that technology companies are trying to do for us,” Associate Professor Gregory said.

“Not everyone is going to be concerned about data collection and privacy.

“The research that companies like Google are doing is very important, but we as a society need to make sure we’re confident of where it’s going and how it’s being used.”

How Google plans to become part of your family