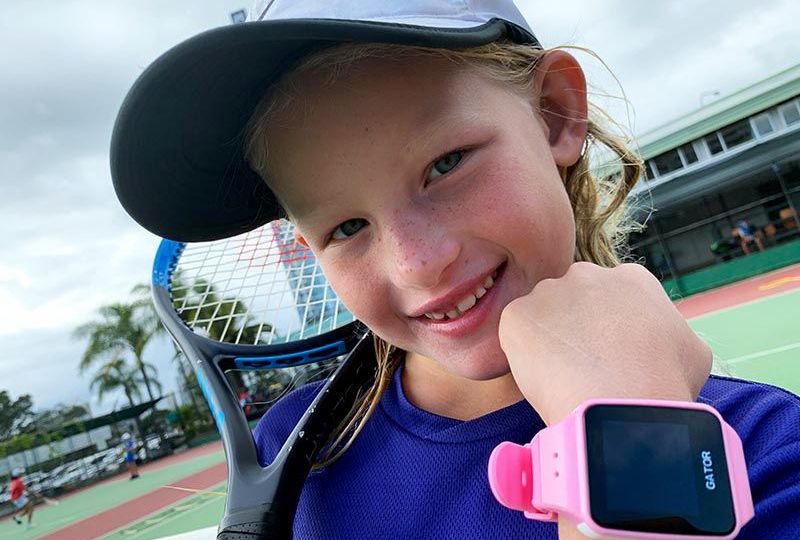 Parents are increasingly turning to third-party gadgets to keep track of their children’s whereabouts, and Australian creators are jumping on the bandwagon.

Junior versions of smartwatches – scaled-down models of the all-in-one wristband favoured by many adults – are being fashioned for children, mostly with limited features that only exist for safety, rather than surfing the web.

Some offer the full breadth of the internet, while others restrict a child’s access to the bare minimum, like phone calls to pre-programmed numbers.

Last year, Melbourne’s Royal Children’s Hospital surveyed some 1700-odd parents about their attitudes and behaviour to their children travelling independently (such as walking or catching the bus to school) and found that one in five parents used location devices, like smartwatches.

Companies have begun pumping out the watches over the past five years, experiencing strong year-to-year growth.

Australian manufacturer TicTocTrack reported a 600 per cent boost in the three years to this year, while Spacetalk claims its sales increased 931 per cent from 2018 to 2019.

However, it hasn’t been the smoothest past for the gadgets. In April, it was revealed the software on TicTocTrack‘s devices was extremely vulnerable to outside threats, leaving it wide open to be hacked by third parties, rendering the wearer’s – a child – location accessible.

One of the computer security researchers who uncovered the gaping flaw also released a chilling video of his six-year-old daughter using the watch while a third party who’d hacked the device spoke to her – unauthorised.

The creator of the device, Brisbane mother Karen Cantwell, said after the revelation: “Any and all security issues are being addressed and will be fixed as soon as possible.”

The makers of Spacetalk, which launched two years ago, said its data hosting services were all based in Australia, and had been certified by international security experts as being “best practice”.

The Royal Children’s Hospital’s survey found of the parents who admitted to electronically following their children, the majority did it because they said it made them feel more comfortable about their child’s safety.

Further, 31 per cent said their children felt uncomfortable about their parents playing Big Brother, and 47 per cent of parents admitted they were just plain curious about what their kids got up to without them around.

It’s the parents’ reasoning behind the use of such devices that draws some concern for Ariella Lew, a paediatric nurse who founded her own child consultancy business Kids on Track.

“There can be enormous benefits that’s for sure, but there can be complications,” Mrs Lew told The New Daily.

Those complications often came when parents exhibited overly controlling behaviour over their children, she said, especially when they became teenagers and were beginning to take steps towards independence.

If parents wanted their teenagers to wear or use location tracking devices, they needed to make sure clear boundaries and agreements were made between both parties, Mrs Lew said.

As for the benefits, parents of children with health conditions (such as diabetes, autism or Asperger syndrome) had real-time access to their child’s health and wellbeing.

Parents can now track their children’s every move