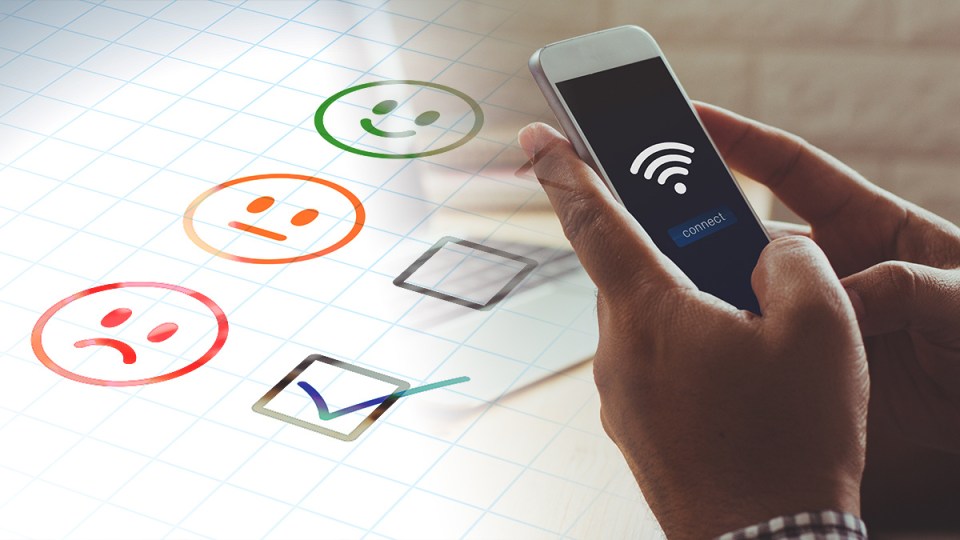 Internet complaints comprised a third of all those handled by the Telco Industry Ombudsman in 2018-19. Photo: Getty/TND

The internet has outstripped mobile to become the most complained about telecommunications service in Australia, a new report has revealed, yet consumers still lack vital protections.

A total of 132,387 complaints were made to the Telecommunications Industry Ombudsman (TIO) in 2018-19, the TIO’s annual report revealed on Wednesday.

Poor internet was shown to be the biggest source of frustration for consumers, accounting for 32.6 per cent of total complaints or 43,164 individual complaints.

Mobile was the next most complained about service, accounting for 40,103 or 30.3 per cent of all complaints received by the TIO.

The Australian Communications Consumer Action Network (ACCAN) described the results as “disappointing” given that internet services are now a “necessity” in our day-to-day lives.

The $51 billion taxpayer-funded national broadband nework has been plagued with issues and delays, and rankings compiled by the Commonwealth Parliamentary Library recently revealed that Australia places 36th – last – when it comes to broadband affordability in OECD nations.

Consumer advocates have “repeatedly called for reliability consumer protections to be extended to include fixed-line broadband services from all telcos,” said ACCAN chief executive Teresa Corbin.

Access to the internet is now essential and needs to be regulated as such.”

Despite being the dominant modes of communication in 2019, neither the internet nor mobile are classified as essential services, which means consumers lack vital protections.

This is out of touch with the way that most of us now communicate; through mobile and broadband services.

Ms Corbin called on the federal government to ensure that “guarantees for connection, fault repair and appointment keeping timeframes” are included in its upcoming report on the reliability of services.

“We need updated consumer safeguards that recognise the important role that broadband services now play in our daily lives,” she said.

Telcommunications Industry Ombudsman Judi Jones told The New Daily that people regard the internet as “an essential part of their daily life”.

“For most people it’s very hard to contemplate going about their daily lives without being connected, whether it’s on their mobile phone or on your broadband at home,” she said.

The report also contained some positive news for consumers, with the TIO revealing a 21.1 per cent decrease in the total number of complaints compared to the previous year. Residential consumers made the majority of complaints – 112,859 or 85.3 per cent of the total.

The reduction in complaints shows that efforts to effectively regulate the telco industry are working, ACCAN said.

“While there is still further work to be done, these latest statistics show that new regulation of the telco industry is starting to work,” Ms Corbin said.

We haven’t hung up on the landline phone … yet

The first two decades of the 21st century have seen the rapid decline of a telecommunications icon: The landline telephone.

Households that own a landline phone are now in the minority, figures released by research firm Roy Morgan revealed earlier this month. 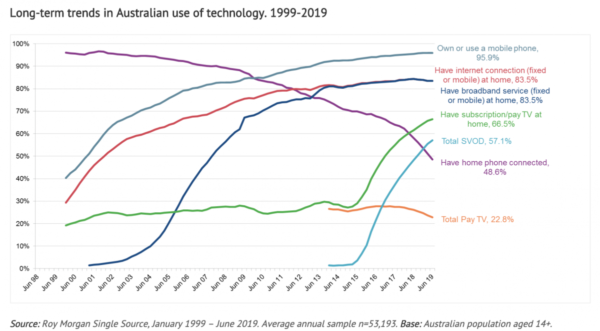 However, for many, including small businesses, the landline remains a crucial service, Ms Jones said.

“When you look into the detail of complaints from small businesses, 27.3 per cent of those were for a landline service,” she said.

“So it’s not that we’re moving completely away from landline services being important. It’s that we want to be connected in any way we need to be connected.”

Ms Jones agreed that the way we communicate is changing.

“I don’t recall the last time I called overseas using my mobile phone as a phone – I’m more likely to use WhatsApp, FaceTime and Messenger,” she said.

“There are a lot of shifts happening … from seeing that black phone in the hallway with a telephone cable and a phonebook, to the way we stay connected these days.”

How to resolve a telco complaint

Ms Jones’ advice to consumers frustrated by their phone or internet service is to not let the issue fester.

“If you’re finding something unsatisfactory or frustrating, the most important message is to talk to your provider early,” she said.

“When you notice the issue, get on the phone or get on the internet and talk to the provider about the issue. Because it’s always easier to resolve it if you raise it early.

“If you can’t resolve it with the provider, then give us a call and we can work through the issues and help you to resolve the complaint.”

Internet is now the most complained about telco service in Australia: TIO report