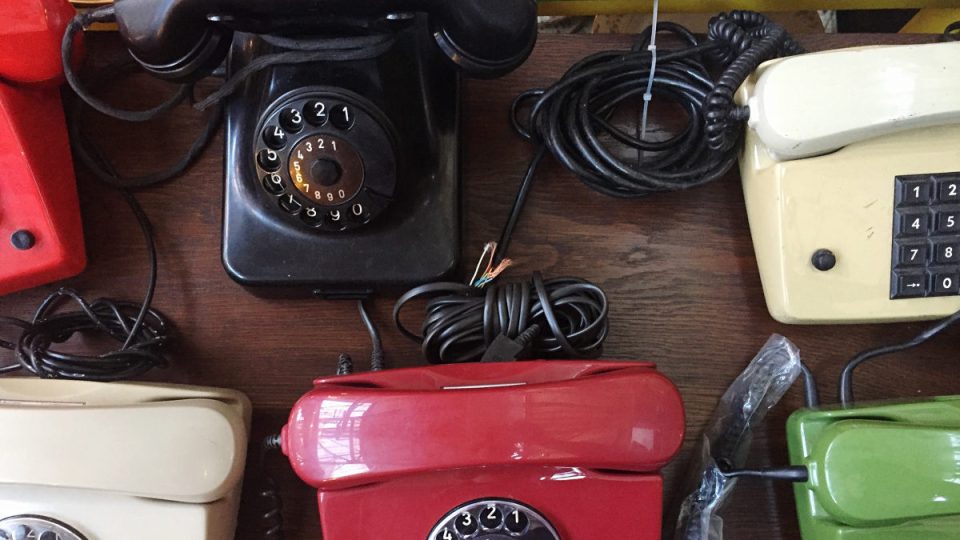 Hung up: Landline telephone owners are now in the minority. Photo: Getty

The landline telephone is an icon of communication – one that’s been connecting people across Australia and the world for more than a century – but its era is coming to an end.

Just two decades ago you could walk into any home in the country and find a landline phone attached to a wall or on a bench-top next to a Yellow Pages. Now, households that own a landline phone are in the minority.

In 2001, more than 96 per cent of Australian homes had a landline phone.

In 2019, that number has plunged to 48.6 per cent, new figures from research firm Roy Morgan show.

The first two decades of the 21st century have been a period of ever-accelerating technological change – from the rise of the internet to the dawn of smartphones and tech leviathans such as Google and Facebook that now dominate our lives. The landline telephone isn’t the only casualty of the information age, either, with television struggling to maintain its relevance as ‘subscription video on demand’ (SVOD) cement their dominance.

In 2019, more than 57 per cent of Australians have access to SVOD at home compared to less than two per cent four years ago.

Chiefly responsible for that staggering increase is Netflix – now accessed by 11.5 million Australians – with rivals Stan, Amazon Prime, YouTube Premium, and the soon-to-launch Disney+ eager to take a bite out of that market share.

“We’ve seen a huge shift in the way that Australians communicate over the past two decades, and it has occurred quite rapidly,” Australian Communications Consumer Action Network (ACCAN) chief executive Teresa Corbin said.

“Our reliance on technologies like mobile phones and broadband has grown exponentially in the last 10 years alone.”

Despite this, fixed-line phones will “continue to play an important role for some consumers for the foreseeable future”, including those in regional, rural, and remote parts of the country without mobile coverage, Ms Corbin said.

“Fixed-line voice services are often a lifeline for people in these communities who do not have the option of going mobile-only,” she said.

For some, it’s a matter of life and death – some older people and those with life-threatening medical conditions rely on fixed-line voice services for their medical alarms, Ms Corbin said.

“Without such a service, there’s a real risk to these consumers’ lives.”

The evolution of the telephone 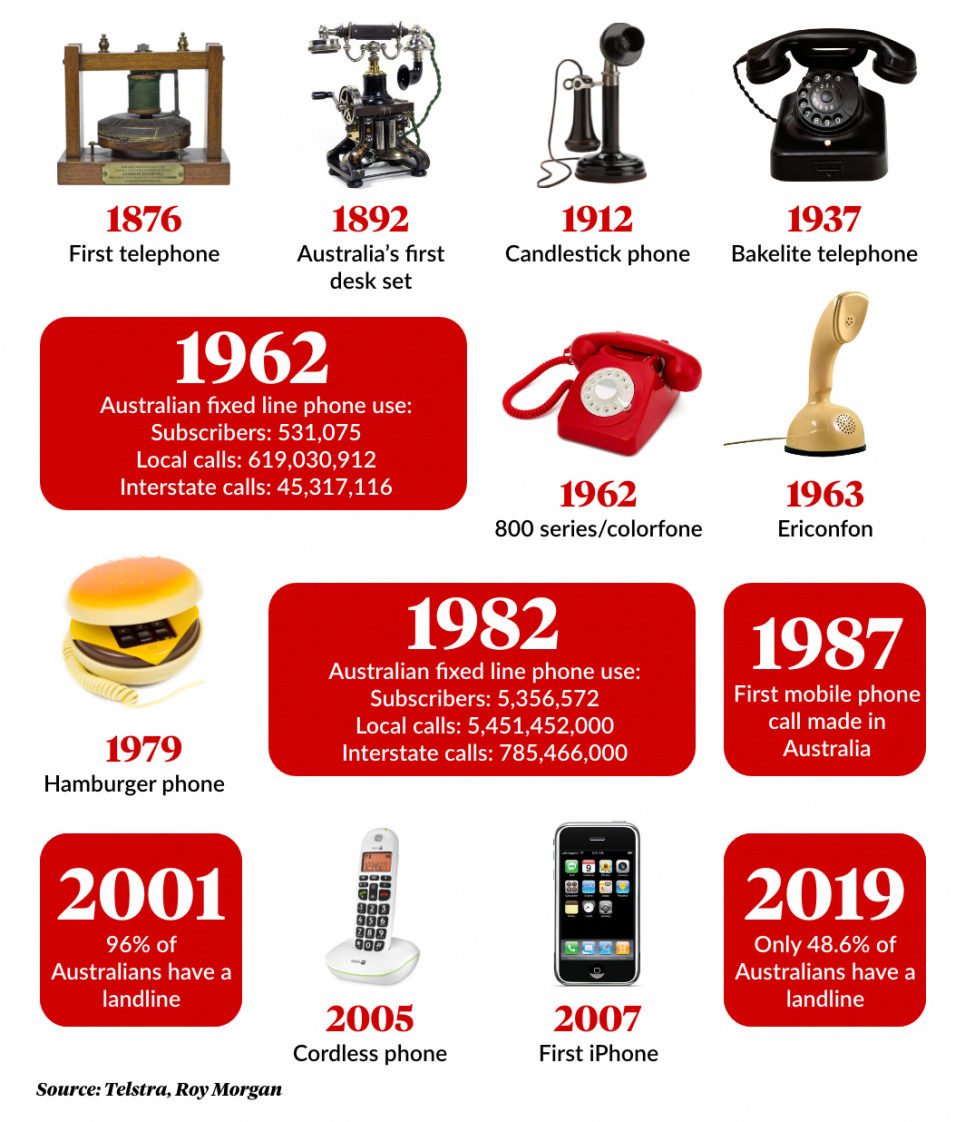 Scottish-born American scientist and engineer Alexander Graham Bell is the man credited with inventing and patenting the first workable telephone.

In 1876, he uttered the first words ever spoken over a telephone: “Mr Watson, come here, I want to see you.”

University of Melbourne historian Barbara Keys has researched the role the landline phone played in famous protests and civil rights battles of the 20th Century – prior to the mobile phone revolution.

“The results highlight how important phone calls were in fostering a sense of community, intimacy and connection,” Associate Professor Keys wrote in an article published by The Conversation.

“This suggests that we have lost as much as we have gained with our high-tech gizmos.”

However, the landline phone was far from a “flawless medium”.

“You can bond over the phone, but you can also argue.”

But the rise of smart phones has “not meant that we communicate better”, she said, as the number of voice calls plummet and text-based communication soars.

“More communication can mean that we hear each other less,” Associate Professor Keys wrote.

“And that means we may be losing a powerful part of what connects us to each other.”

The decline of the landline telephone: How mobile phones and the internet killed an icon