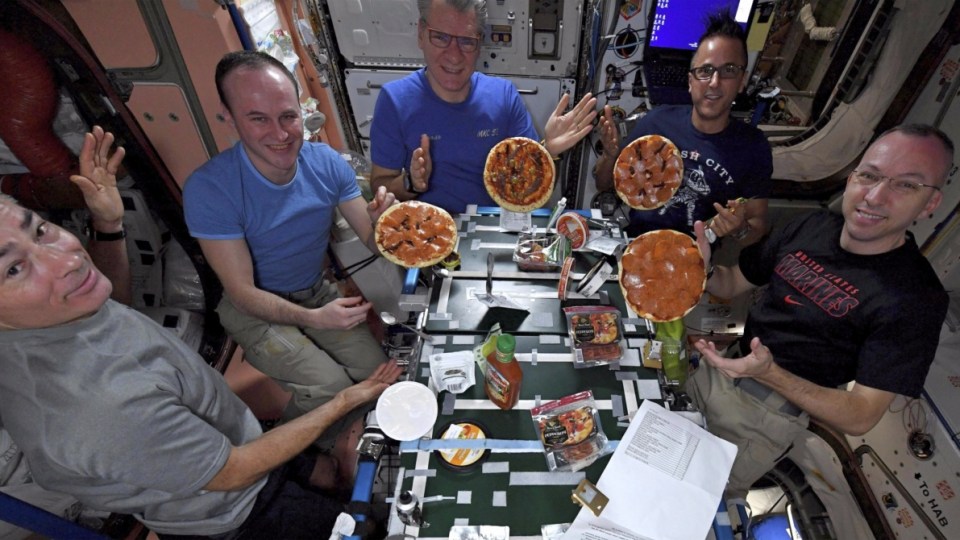 Astronauts display the results of their made-from-scratch pizza pies at the International Space Station. Photo: NASA

The first ever pizza party in space is getting sky-high reviews.

Astronauts at the International Space Station posted pictures and a video over the weekend of their small, made-from-scratch pizzas.

After making their own individual-size pizzas, the six astronauts tossed and twirled them like floating frisbees before heating and devouring them.

The crew, he said in a tweet, “had a blast channelling our inner chef by building tasty pizzas for movie night”.

Mr Nespoli has just over a week before returning to true Italian cuisine.

He will land in Kazakhstan on December 14, along with Commander Bresnik and a Russian.