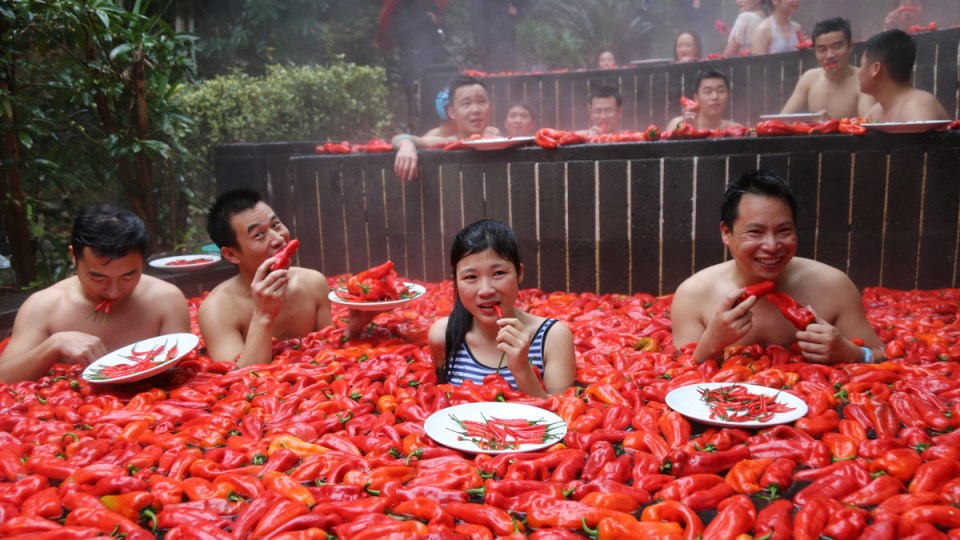 People living in Asia are the highest consumers of chilli, with some regions of China recording one in three adults eating spicy food every day. Photo: Getty

Spice lovers could be in for a nasty kick, if new research linking chilli intake to dementia is to be believed.

While it has been commonly reported the active ingredient in chillies, capsaicin, is believed to speed up metabolism and fat loss, the latest study shows it may be detrimental to our memories as we age.

The study, which involved the University of South Australia, has been monitoring 4500-odd Chinese adults for 15 years across various health markers.

Its results found that participants aged over 55, who consistently ate more than 50 grams of chilli (dried or fresh) daily, experienced faster cognitive decline than their less spicy peers – by almost double.

The decline was even more pronounced among participants who were slim or had a low body mass index.

Fifty grams of chilli equates to about 10 tablespoons, and the study didn’t include black pepper or sweet capsicums.

Lead study author Dr Zumin Shi, of Qatar University, said the findings were at odds with previous research that showed the positive effects of chilli consumption on body weight and bloody pressure.

One researcher involved in the project said chilli was a much more common ingredient in Asian diets, compared to that of Europeans.

The research team acknowledged that while their findings may take some by surprise (published this week in Nutrients), future research was required to find out the role that education held in cognitive function and chilli consumption.

The surprising health un-benefit of eating too much chilli