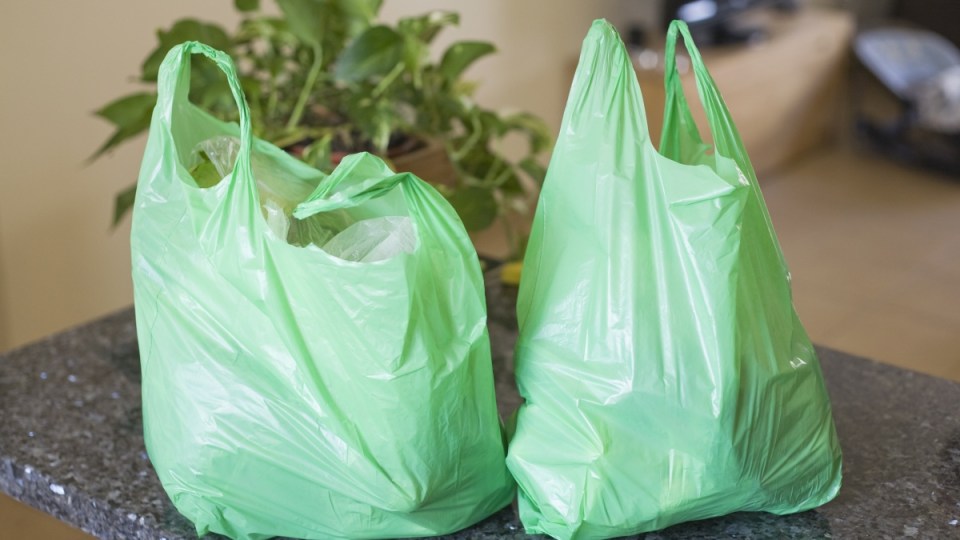 Single-use plastic bags will be banned in Victoria from November this year. Photo: Getty

Single-use plastic bags will be banned in all Victorian supermarkets and shops from November, but a study suggests the ban could unintentionally contribute to the state’s deepening waste crisis.

The new legislation, introduced in the Victorian Parliament on Wednesday, will stop cashiers at supermarkets, clothing shops, takeaway restaurants and petrol stations from giving out the bags at the checkout.

Victorians use more than one billion plastic shopping bags every year, with the majority ending up in landfill and about 10 million littered on streets and beaches, polluting the environment and endangering wildlife.

The proposed law, which needs to pass both houses of Parliament, would make it illegal for retailers to give customers plastic, single-use carry bags, including those made from degradable, biodegradable and compostable plastics.

Before dog owners panic, there are some exceptions: Animal waste bags will still be allowed. Plastic bin liners and slip bags for fresh produce would also still be legal.

But while some environmentalists have been pushing for the ruling for years and are celebrating the move, a recent Australian report suggests that though well intentioned, the ban might not be all it’s cracked up to be.

Research by University of Sydney economics lecturer Dr Rebecca Taylor shows that a simple ban on single-use plastic bags could have a range of unplanned consequences.

In her analysis of plastic bag bans in the US state of California, Dr Taylor found that banning single-use plastic bags dramatically reduced usage, but boosted annual sales of garbage bags, which are stronger and less degradable.

“My results showed that bag bans may not reduce total plastic usage if people begin purchasing trash bags to replace the carryout bags they were previously reusing for their garbage,” Dr Taylor wrote.

Alarmingly, garbage bags often have more plastic and chemicals in them than single-use ones, especially if they are coloured or perfumed, said Deakin University environmental sciences professor Trevor Thornton.

“I worry that those (garbage) bags will become the new norm,” Dr Thornton told The New Daily.

Dr Thornton said he suspected a key reason behind the Victorian government’s push to eliminate single-use plastic bags was due to their visibility.

“Single-use plastic bags are certainly an issue, but not as big of an issue as other things,” Dr Thornton said.

“To ban something is easy, but why don’t we have a container deposit legislation, which has been shown in other states to reduce litter significantly?”

For decades, South Australia has quietly been leading the way toward a plastic-free Australia, banning single-use plastic bags at the checkout in 2009 and introducing the nation’s first container deposit scheme in the 1970s.

“You’ll have consistency across the state, which will give (shoppers) a better experience because they’ll know what to expect,” Ms Johnson told The New Daily.

“The corner stores, the convenience stores, your small retailers, your cheap $2 shops – this blanket ban will pick these ones up.”