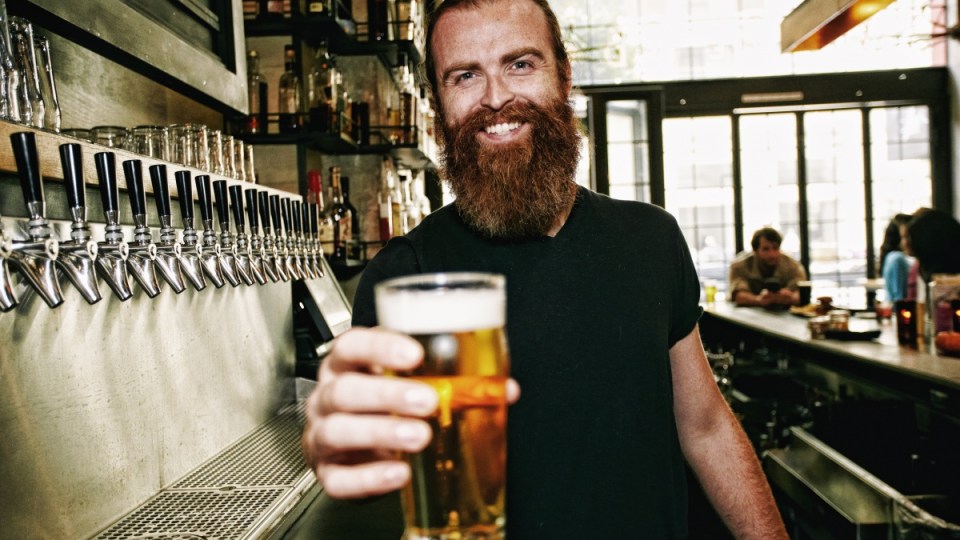 The health benefits of red wine get a fair bit of attention, while plain old beer tends to be written off as so many empty calories.

A new study finds that drinking a 330ml bottle of beer with dinner each night promotes greater microbial diversity in the gut, and improved markers for intestinal health.

Polyphenols found in hops, barley and yeast are credited with these benefits. The microorganisms active in the fermentation process are also thought to have been beneficial.

A secondary finding was that a beer each night had no impact on the waistline, at least for the study participants. Nor was there any negative impact on their cardiovascular health.

The researchers found that the participants’ weight, body mass index (BMI) and serum markers for heart health and metabolism didn’t change during the study.

The study was a small one

The study from NOVA University in Lisbon was small pilot investigation.

Blood and stool samples were collected before and after the intervention, with gut microbiota analysed by 16S rRNA gene sequencing.

Over the four weeks, both non-alcoholic and alcoholic beer increased gut microbiota diversity “which has been associated with positive health outcomes and tended to increase faecal alkaline phosphatase activity, a marker of intestinal barrier function”.

High or low levels of faecal alkaline phosphatase activity can be damaging, notably to the liver. It appears that a daily beer helps puts this activity level in the sweet spot.

As the researchers advise: “Studies have shown that when more types of bacteria are present, people tend to have a lower chance of developing chronic diseases, such as heart disease and diabetes.”

However, independent researchers have pointed out that the types of bacteria (good or bad) weren’t specifically determined.

The polyphenol xanthohumol, found in hops, has been found to boost cognition and inhibit the growth of breast tumours in animal experiments.

It was also investigated as a potential weapon anti-viral early in the COVID-19 pandemic.

Overall, xanthohumol is said to be one of the more powerful polyphenols, plant compounds with apparent health-protective qualities.

Consumption of hops tends to be limited to those found in beer. This may serve as an excuse to enjoy a lager… but just the one.

Drink up! A daily glass of beer found to make a happy, healthy gut