Subscribe direct to our news source →
Watch: How much food we waste a year and how to reduce it.

Many of us stock up on fresh ingredients with good intentions, only to discover a bag of unloved lettuce rotting in the back of the vegetable drawer weeks later.

Food waste is a huge problem in Australia and around the world, and perhaps unsurprisingly, salad is one of the major culprits.

Joining salad on the menu of the nation’s most-wasted foods are bread, cheese and beef, according to new research by the Fight Food Waste Cooperative Research Centre (FFW CRC). 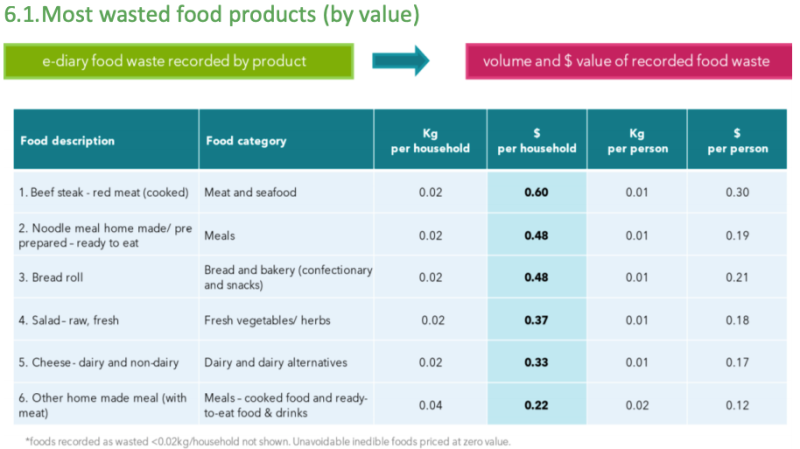 About 7.3 million tonnes of food is wasted in Australia each year, and households are responsible for more than one-third of that.

The average household chucks out 219 kilograms of food a year, and most of that goes straight to landfill, with significant environmental consequences.

It’s not just the environment taking a hit from our wasteful habits – our bank balances are also suffering.

Each Australian wastes an average of $965 of food each year, the research found.

The study was the largest investigation ever undertaken in Australia, and researchers used everything from audits of kerbside bins to electronic kitchen diaries and online surveys to find out what foods we’re throwing out and why.

It found that while most of us think we don’t waste food, we actually waste a lot.

The average family could save between $2200 and $3800 a year by reducing the amount of food they throw out.

“Looking into people’s bins as well as their minds identified not knowing what to do with leftovers is a major problem in Australia,” research centre chief executive officer Steven Lapidge said.

In 2017, the Australian government set the goal of halving the amount of food waste the nation produces by 2030 in its National Food Waste Strategy.

“Although our food systems are highly developed and produce large volumes of nutritious food, food waste is estimated to cost the Australian economy $20 billion each year,” the report said.

“This has significant impacts on the environment through the wasted use of resources such as land, water, energy and fuel to produce and distribute food.

“When disposed of in landfill, food waste has other environmental impacts such as the production of greenhouse gas emissions.”

How to cut down food waste

From shopping lists to serving serving sizes, there’s a lot the average household can do to cut down on food waste.

Young people and families with children are most likely to waste the most.

By comparison, older people were among the most frugal, and their habits offer lessons on sustainability for younger Australians.

“A pleasing 93 per cent of people over 75 regularly use up the oldest ingredient first, and translating that knowledge to young people would have a big impact on what they throw away,” Dr Lapidge said.

Here are Dr Lapidge’s other tips for cutting food waste:

Food waste: Researchers went through bins to find out what we throw out most