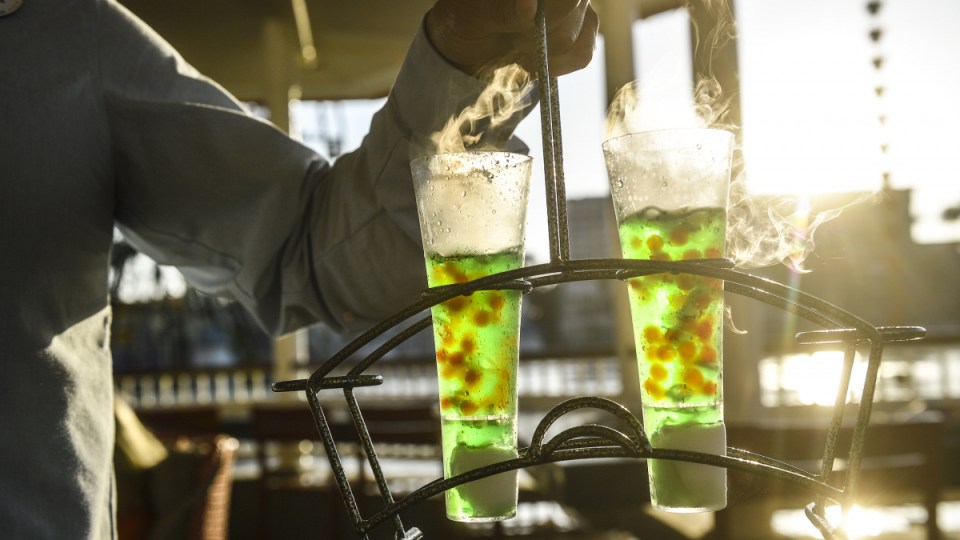 Gone are the days of afterthought mocktails – bartenders are putting no and low-alcohol creations at the front of their menus. Photo: Getty

Let’s be honest, in years gone by the non-drinkers’ option of a “mocktail” was not just boring, but usually sickly sweet.

There’s been a gradual decline in alcohol consumption in the past five years, while months of moderation such as FebFast and Ocsober have become fashionable. Tastes have become more sophisticated.

There are zero-alcohol beers (that actually taste good) and lower-alcohol wines (ditto), and now the flourishing art of cocktails has spread to low-, no- and faux-alcoholic beverages.

At one of Melbourne’s swankiest cocktail bars, The Everleigh, a new list of cocktails is catering to what bar manager David Molyneux says is  higher demand.

“We do a lot of half-serve martinis and half-serve Manhattans, single-shot highballs like a cuba libre,” Molyneux told The New Daily.

“It’s a full-size drink but only one serve of alcohol.

Welcome to the Summer of no and low alcohol cocktails here at The Everleigh. A dedicated menu of cocktails with no more than one standard drink per serve.⁠ .⁠ Might be just the thing you need to keep cool today!⁠ .⁠ #TheEverleigh #finedrinking

“We also have a rotating list of non-alcoholic drinks. The Damascus Fizz, for example, with lemon, salted apricots, coconut cream and orange juice served tall – kind of like a creaming soda texture – tastes really complex. It tastes as though it might have alcohol.

“Ten years ago the culture of ordering a non-alcoholic drink was, ‘It’s not one for the staff to care about that much’, but just because someone doesn’t want to drink alcohol doesn’t mean they don’t want a good experience.”

Molyneux believes one aspect is people watching their health, but it’s also driven by taste and a desire for quality.

“No one likes to wake up with a hangover and well-made alcohols are less likely to have that effect,” he said.

“We use top quality spirits and well-made local sodas. Everything is juiced to order.”

Bard believes bartenders are starting to think like chefs.

“(They’re using) different techniques to provide a bouquet of flavours and finesse in a liquid shape,” Bard said.

At the hip PS40 bar in Sydney, they call it “a culinary approach” and the menu has a generous number of inventive NA cocktails. Their Zero Proof Paloma – 11 Seedlip Spice spirit, PS grapefruit, gentian, verjuice and olive – is a typically complex in flavour and totally booze-free.

“We also also have a faux saké, and our

Chamomile Fizz, made from carbonated chamomile, sage and wattleseed, has the fine bubbles of a champagne and a briochy /nutty character, but without the morning hangover.”

Bartenders – and those shaking and stirring at home – are being helped along by the availability of non-alcoholic spirits and mixers.

Drinks are always better shared w/ friends & this recipe is perfect for a jug or drinks dispenser.💚 . ‘Teaser’ . 50ml Seedlip Grove 42 10ml Honey Syrup 10ml Lemon Juice 80ml Rhubarb Cold Tea Dash of Soda Water Strawberry to garnish Ice . Measure & pour all ingredients into a glass. Stir w/ a bar spoon & add a generous amount of ice. . This recipe is perfect to make in advance in a large batch & keep it chilled in the fridge. (Just make sure you don’t add the soda or ice until serving, to ensure no dilution of flavours) . 📸 @cookandnelson @dantrotterphotography

At one of Melbourne’s newest bars, Byrdi, a coffee-through-to-late-night-cocktails venue, master mixologist and award-winning bar owner Luke Whearty has replaced “shaken not stirred” with fermented, smoked, evaporated, carbonated and more. The often science-lab geekery makes for some amazing cocktails, many low or no alcohol.

This trend is not just in Australia. It’s happening overseas as well, with serious options for those drinking less. In New York – traditionally cocktail central – no-booze bars have been a thing for a while.

Even Irish drinkers are heading the call. In May a completely alcohol-free bar, The Virgin May, opened in Dublin.

Australia may not be quite ready for that yet, but it might just be a matter of time.

Fancy a Chamomile Fizz? Why no-, low- and faux-booze cocktails are shaking things up