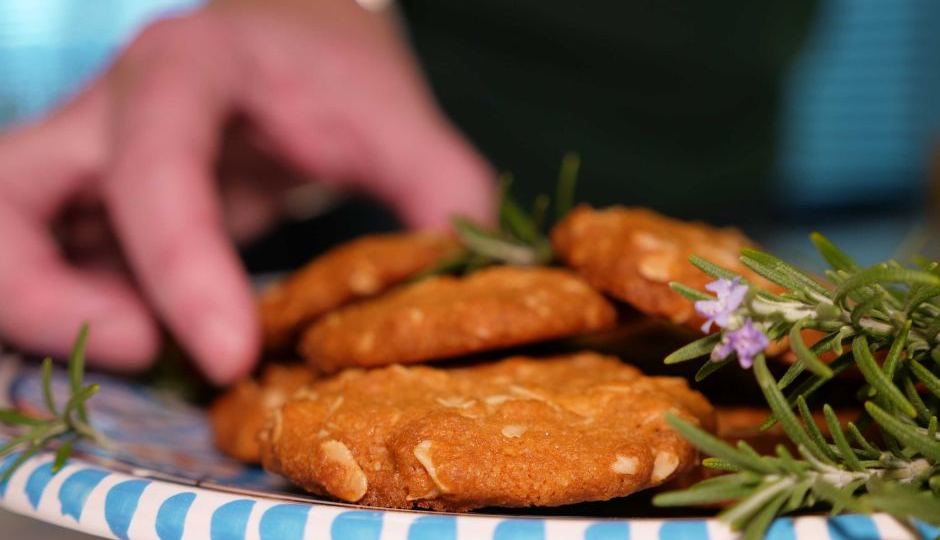 Most family recipes tell a story, but none so much, or with as much mystery still surrounding it, as the Anzac biscuit.

“The thing you have to remember is the Anzac biscuit wasn’t called this before 1915 because that’s when the acronym came in after Gallipoli,” Ms Reynolds said.

The first version of this rolled oats-based biscuit reportedly appeared around 1823, and over the next century took on various names such as ‘surprise biscuits’ and ‘crispies’.

“Then around the early WWI years you started to see the name change to ‘red cross biscuits’ and ‘soldiers biscuits’,” Ms Reynolds said.

“These biscuits were used as a form of fundraising, so they gave them a war connected name which helped sell them.”

The biscuits quickly became a popular food to send to Australia’s overseas forces, due to their accessible ingredients, easy cooking method, and lack of eggs that meant the biscuits kept well.

However, while this recipe used the famous biscuit title, it didn’t resemble the recipe as we know it today.

“The ingredients are different; it’s got eggs in it, the method is different and it’s sandwiched together with jam and cream,” Ms Reynolds says.

Instead, it was a housewife’s small South Australian notebook that helped date the origins of a more authentic Anzac biscuit recipe.

“It started off as a recipe book in 1910, but then when the war years came, from 1915 it got used at the back to record the sales of butter and eggs,” Ms Reynolds explains.

“The information about the sales at the back of the book met the recipes coming forward, and the most exciting thing is that the Anzac biscuit is the last bar one.

But there was one thing still missing from this recipe, coconut, and it was in a 1924 Adelaide booklet that the most enduring version of the Anzac biscuit was found.

“At this moment in time, our first recipe with coconut was in the 1924 Anchor Ann cookbook and that is the recipe that is nearest to the recipe we know today.”

This recipe was discovered in Carole Moore’s family recipe notebook compiled before 1920.

“Really worth a try – less sugar, flour and no desiccated coconut – but double the oats,” Ms Reynolds said.

Put the oats, flour and sugar into a large bowl and mix well.

Melt the butter in a large pan over medium heat, dip tablespoon in hot water and then use to measure the golden syrup, stir till dissolved and just coming to the boil – remove from heat source (but don’t allow it to cool).

Stir the bicarbonate of soda with the measured boiling water until its dissolved then add to the pan of hot melted butter and golden syrup.

Stir until it ‘froths up’ – immediately add to the dry ingredients and mix all together.

Taking teaspoons or a flat dessert spoon of the mixture – place it in your hand, bring together by rolling into a ball, place 5 cm apart on the baking sheet (they will spread).

The biscuits need to be flattened slightly – use the base of a glass or, press down with a fork dipped in a little flour (this will stop it sticking).

Leave the biscuits on the trays for 5 minutes before transferring them to a cooling rack. When the biscuits are cold store them in an air tight tin.

Originally published by ABC North and West SA in 2014.