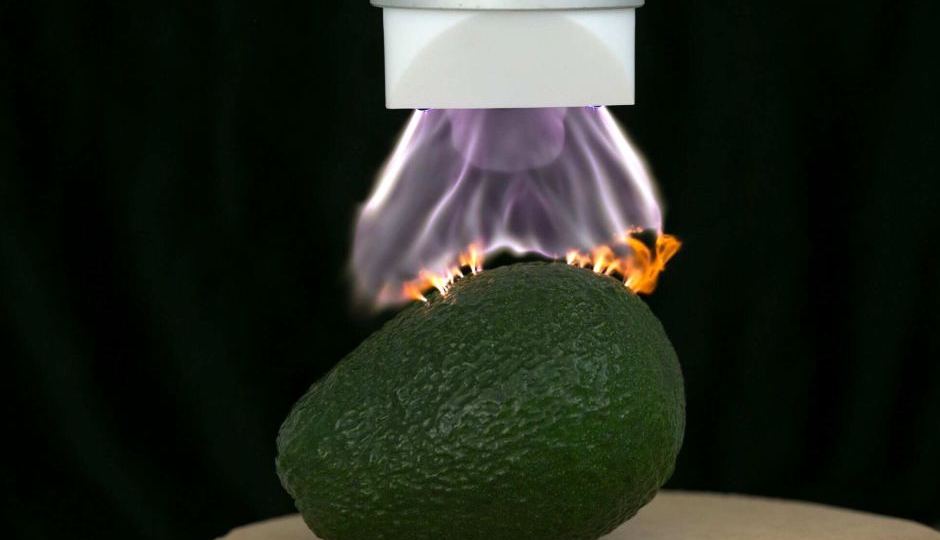 Always throwing food out because it goes mouldy? Scientists may now be able to stop mould in its tracks.

Kirsty Bayliss from Murdoch University is using plasma and electrical currents to stop mould from taking hold on fresh food, bread, meats, grains, and even dairy products such as milk and cheese.

The technology – which is already widely used in medicine and dentistry – works by producing plasma generated by an electrical charge, conducted through two electrodes using the air around us.

This then produces a plasma flame which is applied to food.

“That plasma coats the surface of the food, and what you do when you treat that surface is kill the mould spores on the surface so they can’t infect the fruit,” Dr Bayliss said.

“It seems to be stimulating the resistance response in the fruit as well so it’s actually defending itself against infection – it’s really clever and completely chemically free,”

Dr Bayliss says the technology could lead to a massive reduction in food waste. Right now more than 30 per cent of purchased food in Australia ends up in the bin.

“We’ve been working on avocados and everyone knows what it’s like to buy an avocado, have it go brown and then it ends up in the bin because they don’t look good anymore,” she said.

“That’s major food wastage, people just don’t like it, and some moulds do produce toxic compounds which are bad for your heath.

“Food wastage contributes to a lot of the food insecurity – a developed country such as the US or Europe wastes around 100 kilograms of food per person every year.

“If we could reduce food wastage by a quarter, we could feed 870 million people.”

The technology is cheap to build.

“A lot of people have even done DIY-type devices, but there are lots of different types of plasma and we have managed to hit the one that works the best,” she said.

The researchers are taking their work to San Francisco to pitch it to industry and philanthropists to improve global health outcomes, and have even had interest from NASA to help with their space exploration.

Researchers may have found a way to prevent mouldy food