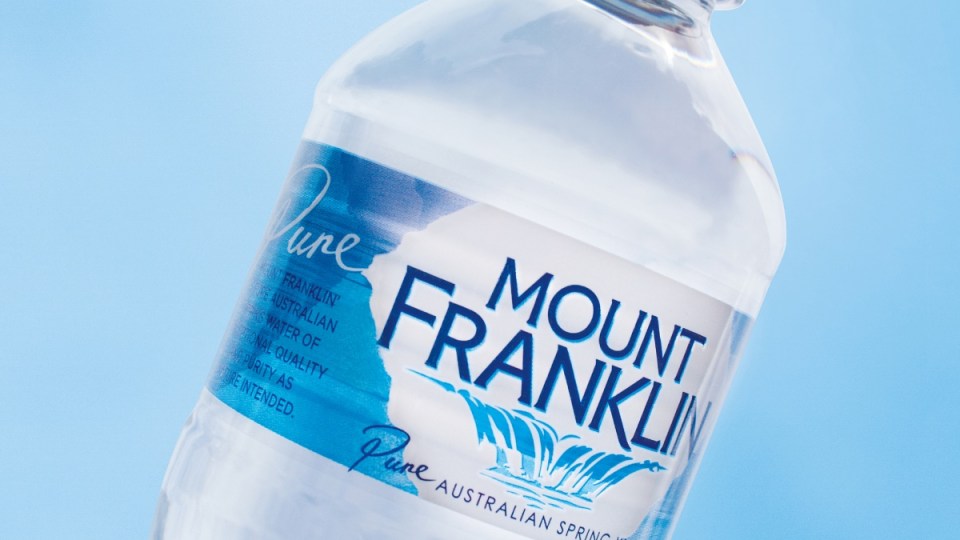 A boom in bottled water sales has helped drinks giant Coca-Cola Amatil sail to $198.2 million net profit, as the marketing of one of the most readily available substances on Earth steps into overdrive.

Coke’s net profit lifted 7.8 per cent on trading revenues of $2.5 billion for the first six months of this year, primarily from the success of the company’s spring water brand, Mount Franklin.

Analysts reported a 34 per cent surge in the sale of bottled waters in Australia, while carbonated drinks went down by 3 per cent.

Consumer advocates say most of the sales are based on myths, spurred by images of pristine mountain streams. 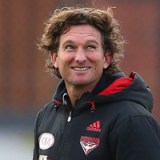 The very worst things you can do to your teeth 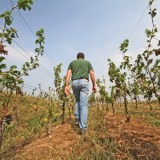 This is the ‘most dangerous’ drug on the market

UNSW Water Research Centre associate professor Stuart Khan said that with rare exceptions the drinking water across most of Australia was just as good, if not better, than bottled water.

He said the safety protocols around pathogens such as bacteria and viruses were so strict for drinking water that it could often be more pure than bottled water, particularly in Sydney and Melbourne.

“Companies sourcing bottled water don’t have control over what is going on in the catchment,” Assoc Prof Khan told The New Daily.

“They can’t implement things like buffer zones between agriculture and where the water is coming from.

“Sydney’s Warragamba catchment is very carefully managed, while Melbourne water has one of the most pristine and best managed water catchments in the world.

“I am not suggesting it is normal, but there is clear evidence that contaminants, heavy metals, pesticides, bacteria and viruses can and do occur in bottled water as in other water supplies.”

Consumer watchdog CHOICE described the remarkable popularity of bottled water, expected to hit $688 million this year, as a triumph of marketing.

CHOICE spokesman Tom Godfrey told The New Daily that with tap water costing less than a cent a litre, consumers were paying almost 2000 times the price they needed to pay and might as well be topping up bottles from the tap or from a jug in the fridge.

People are sucked in by words like, pure, pristine, natural, falling for these idyllic phrases. But it comes at a price. ‘Pump’ branded water for example is 1751 times more expensive than tap water.

“What they are doing is selling a dream, an idea that there is a place which is pure. It is completely fictional in many cases,” Mr Godfrey said.

“It is lifestyle marketing. They are getting you to buy into a fantasy, and that comes with a significant price. It is money for old rope.”

While the CHOICE spokesman emphasised that Coca-Cola Amatil’s brands were indeed sourced from springs, he said Mount Franklin was sourced across five states, not just Victoria’s Mount Franklin.

Other brands, such as Nature’s Best, Pureau, Aqua Pura and Refresh are nothing more than filtered tap water.

Australian Beverages Council CEO Geoff Parker told The New Daily that sugar consumed in soft drinks had fallen by more than 26 per cent and was continuing to fall.

“Today, almost one in two drinks sold are low or no kilojoule. We have seen a fundamental shift away from regular kilojoule varieties to low and no kilojoule options, which includes bottled water. This reflects a more informed beverage buyer, more and more conscious of what they eat, drink and do.”

The Cape Grim Water Company, which collects rainwater on the northwestern most tip of Tasmania, claims to have the most pure bottled water not just in Australia but on Earth. The rocky outcrop receives air which has travelled 16,000 kilometres across the freezing Antarctic Ocean before hitting landfall.

Truth behind the bottled water myths