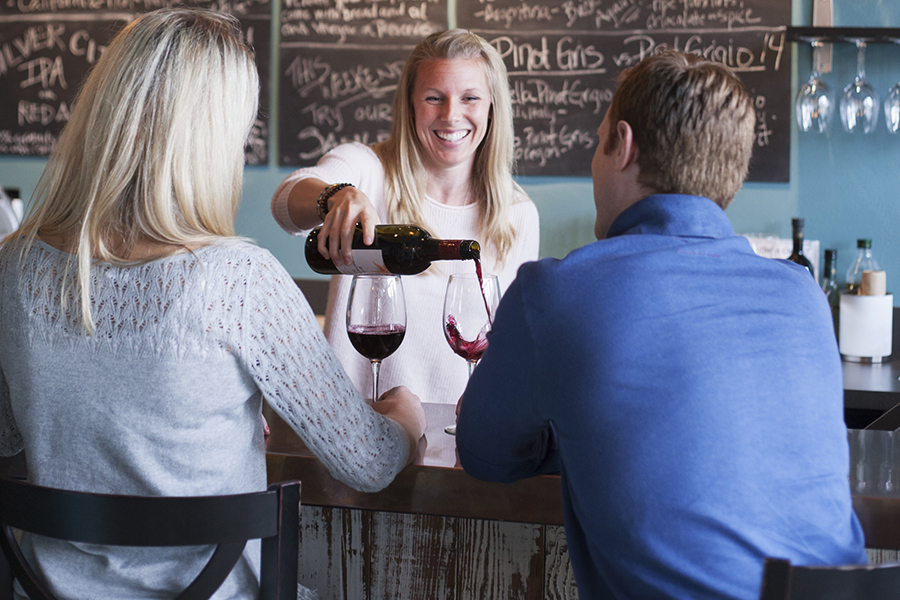 Not dimly lit spots with high stools, cheese, lavosh biscuits, and muscatel with house rosé. These are slick, elegant spaces with top-end chefs turning out dishes with wow-factor, and sommeliers from top-shelf eateries.

At a time of falling booze consumption, wine bars are bucking the trend, with the sector predicted to turn over almost $1 billion nationwide this financial year, according to forecasters IBISWorld.

Tom Hogan, co-owner of Harry and Frankie, said driving the trend was people’s simple need for community and having “a local where people know each other”. Or how pubs used to be, he said.

Hogan said the new breed of wine bars had strived to take the pretension and intimidation out of wine, without “simplifying it to a point where it’s condescending”.

“Regardless of whether you’re drinking beer on tap, or a grand cru Burgundy, we treat everyone the same,” Hogan said. “And there’s this acceptance that you don’t have to drink champagne every day, but can pop in and have a prosecco instead. And it’s fine.”

Sommelier Banjo Harris Plane came out of Melbourne’s award-winning, fine diner Attica to co-found Bar Liberty with chefs from feted Rockwell and Sons. He got the idea because on days off, he found himself increasingly hitting places that were more intimate, more accessible and less stuffy than many high-end eateries.

“I found myself going to the kind of places where I knew the hospitality was still good, with a warm welcome, friendly faces and with great service,” Plane said. “There were places where I knew I could get good quality food which wasn’t going to break the bank with interesting things to drink in a convivial atmosphere.”

Plane said while the new guard of wine bars had a strong focus on quality, interesting food from name chefs, their more daring, wide-ranging drinks lists also set them apart.

“It’s not just wine any more,” he said. “There’s such a booming craft beer and distillery scene here and worldwide that it’s silly not to pay attention to that. If you call yourself a bar in 2016 and hope to be cutting-edge or different, you need to take an all-inclusive approach with things like sake, fortified wines or cocktails.”

They’re wine bars – but not as we know them