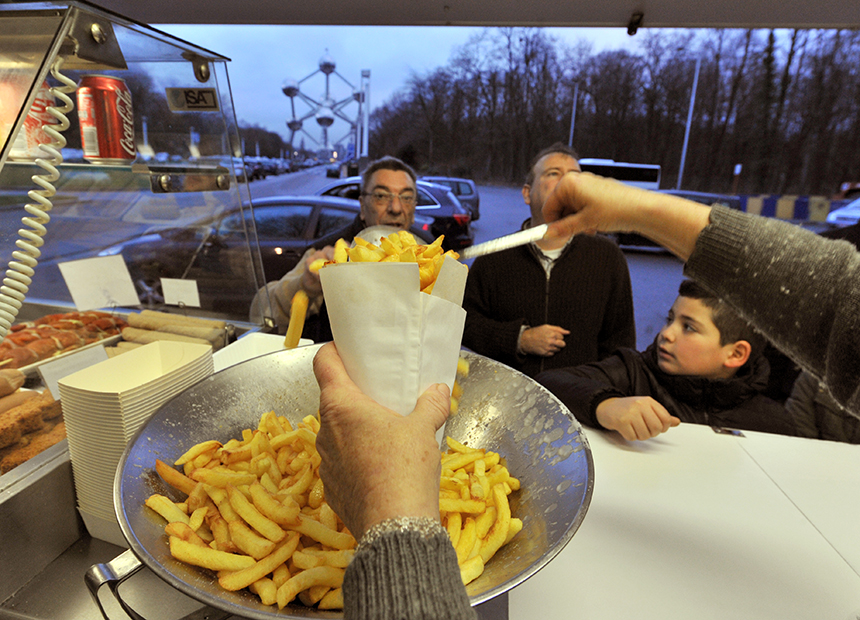 There are few things people agree on in linguistically divided Belgium, but an effort to get Belgian potato fries recognised as global cultural heritage and put it on a par with Peking opera and the Argentinian tango may get unequivocal support.

Belgian fries are traditionally sold in a paper cone, from a shack or trailer known as a “fritkot”.

There are some 5000 fritkots in Belgium, making them 10 times more common, per capita, than McDonald’s restaurants in the United States.

To become recognised by the United Nations’ cultural arm, UNESCO, they need to be endorsed by a minister of culture, and Belgium has three of them.

The government of the Dutch-speaking region of Flanders recognised Belgian fries as an integral part of national culture this year, and the French and German-speaking communities are expected to debate the issue next year.

UNAFRI, the national association of fritkot owners, which started the drive, said the unpolished establishments are uniquely Belgian, combining the country’s embrace of chaos with a dislike of corporate uniformity.

“A cone of potato chips is Belgium in miniature,” spokesman Bernard Lefevre said.

“What’s astounding is that this way of thinking is the same, notwithstanding the different communities and regions.”

Many tourists join the locals in the long queues at popular Brussels fritkots such as Frit Flagey and Maison Antoine.

“Before I came here, one of the only things I knew about Belgium was that they liked their fries, so I think they are pretty much there already,” Rachael Webb, a visitor from Ottawa, Canada said.

UNESCO has a list of 314 items of intangible cultural heritage worthy of preservation, ranging from Turkish coffee to the polyphonic singing of the Aka pygmies of the Central African Republic.

Potatoes reached Belgium in the 16th century, but it was not until the 19th century they were widely sold chipped and fried as a meal in themselves.

UNAFRI says 95 per cent of Belgians visit a fritkot at least once a year.

Where is the hot chip capital of the world?