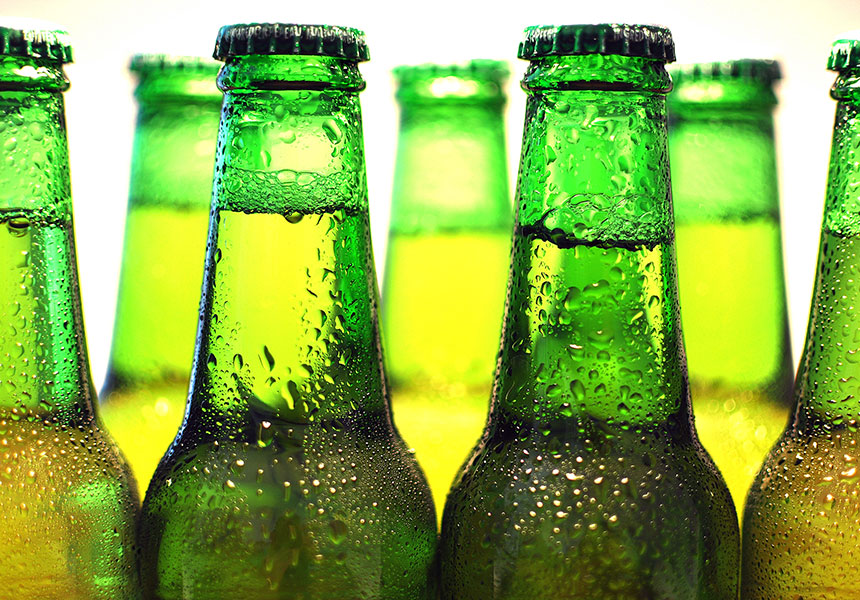 We’re living in the age of the Craft Beer Renaissance, as former back-shed brewers become gifted artisans of ale. Moving all over the country, every state has developed its own mini-industry of micro-brewers.

While this is by no means an exhaustive list, here are a few of the brews we’ll be sipping this summer.

While many of Australia’s biggest-selling beers are branded as ‘bitter’, they are in truth lagers, and pretty placid ones at that. Real, English-style ale has been something of a rarity, but a few excellent examples are popping up – Holgate’s ESB being among the very best of them.

Rich and textured, with a caramel base and a refreshingly crisp bitter edge, it really is the business – even in the bottle. And, if you visit Holgate’s brew-pup in Woodend, you can drink it as the Lord intended: hand-pumped from a cask and served at room temperature.

Without Chuck Hahn, we’d still have craft beer in Australia; just 20 years later than we did. His legacy is James Squire’s Malt Shovel Brewery which, although it’s owned and operated by Lion Nathan, has the soul of craft brewer. As far as a session ale goes, you don’t get more drinkable than the One Fifty Lashes Pale Ale.

Released during Squire’s recent rebrand, it’s a clean Australian-style pale made with Munich and wheat malt and no less than five different hop varietals. Not as cloyingly sweet as the flagship Stowaway IPA, you could do a lot worse than keeping a sixer of this in the fridge (and a spare in the garage).

West Australia’s Feral Brewing took American-style IPA’s to their (il)logical extreme with Hop Hog, perhaps the biggest, most aromatic but carefully-balanced beer to come out of Australia. They’re also at the forefront of what’ll surely be the next-big-thing in craft beer: sours.

As their name probably suggests, MoonDog’s got loopy brews all sewn up. Not content with the inherent conservatism of traditional styles, the MoonDog dudes go at it like mad scientists, using stonefruits, citrus, barrel-ageing, smokes and wildly boozy ABV’s. But, there’s an articulate soul behind Frankenstein’s monster; MoonDog’s brewers really know what they’re doing.

The boys have got a hefty ‘Christmas Ale’ named ‘Dasher’s Envy’, made with Belgian yeasts, Summit hops and Cinnamon, Ginger, Cloves and Allspice added to the boil. You won’t want six of these at the beach, but one after lunch will definitely be a day-changer…

Any snobbish class associations you had about getting on the cans can be put to one side thanks to Mornington Peninsula Brewery’s IPA. Created by former Mountain Goat, Matilda Bay and 5 Islands brewer, Andrew “AG” Gow, it’s actually the country’s first-ever IPA-in-a-tin.

And, why not? It’s tropical, hoppy and a little bitter, but not as hard-core as some other American-style sugar-bombs. The perfect traveller.

It’s still a little unsettling to think that Coopers is the single largest Australian-owned brewer – particularly given its flagship Sparkling is as unflinchingly unique as it has always been.

Immediately identifiable by its cloudy texture, funky aroma and bitter finish, the Red Peril (as it’s lovingly known) is brewed using a ‘top fermentation’ method that eschews any preservatives. The Coopers Bros. have been making it this way since 1862, so they’re obviously doing something right.

Chefs are beginning – gingerly – to cook with indigenous ingredients, but the Edge Brewing Project has gone in feet-first. They’ve been experimenting with native basil, but their recent Finger Lime Saison is a revelation.

Made in collaboration with Stillwater Brewery (who are, ironically, from the States), the brewers steep the zest to extract the aromatics, then cold condition the beer on the vesicles. If that all sounds kinda Nordic, nevermind: The Angel of Zest is beautifully clean with a perfumed rather than fruit flavour.

It’s hard to believe that Newtown didn’t have a brewery, but Young Henry’s feels as though it has always been part of the furniture.

Wellington’s not strictly Australian, but like Russell Crowe and Crowded House before them, I suggest we claim the excellent ParrotDog Brewery.

Its rather-rudely named Bitter Bitch is actually quite refined: a delicious caramel-coloured IPA with fruity, funky hop tones and tight sharp finish, it’s about the easiest-drinking beer around.

The texture’s something else, too, with a thick, foaming body right out of the bottle.

Weirdly, witbeir never really took off. One of Australia’s first commercially-available craft beers, Redback, was made in the German style, but even it seemed to fizzle out in the 1990s.

But Northern NSW legends, Murray’s are making a solid argument for a wheaty ascendence with their classy Whale Ale. Made with both malted and unmalted wheat, subtle hops and a creamy texture, it’s designed to be drunk in a run. It’s also in the running for best graphic design in the business (look out Melbourne Bitter).

Ten great beers to quench your thirst this summer