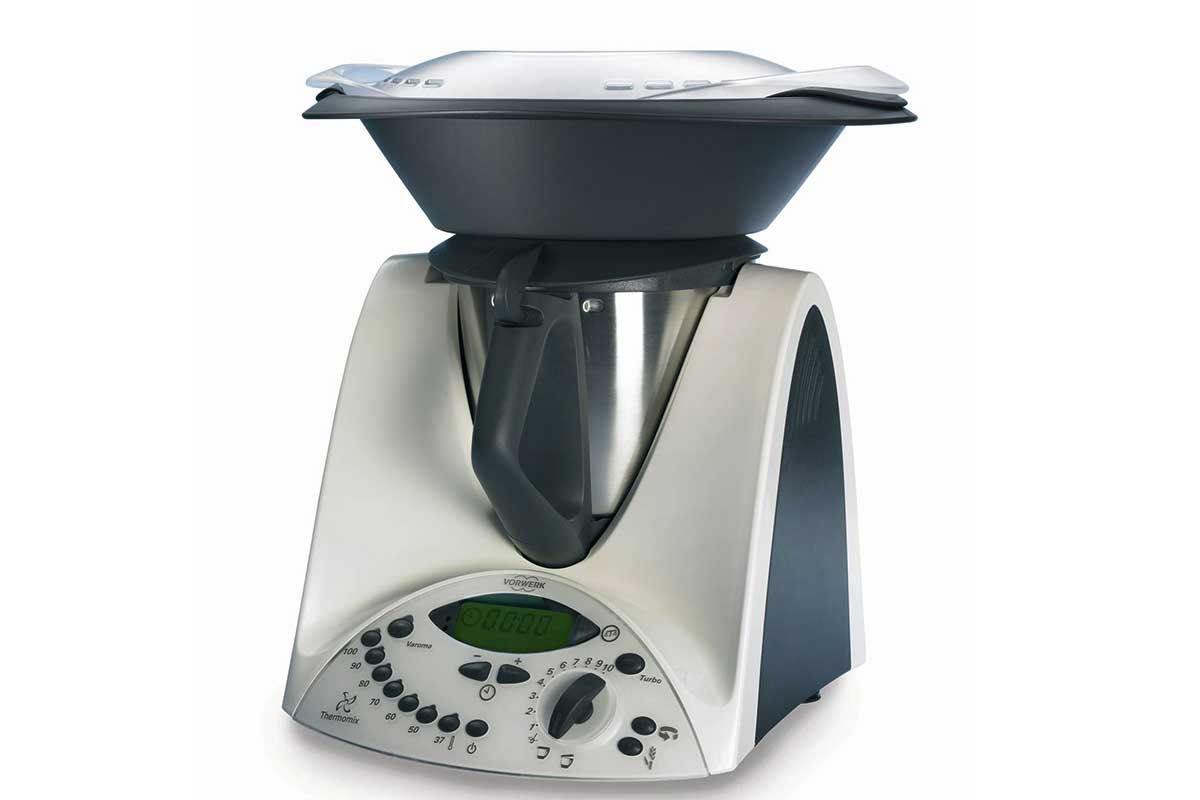 I admit it, I’m a Thermomix sceptic. Coming in at just under $2000 I was certain that the wonder gadget was a) not value for money and b) not something I would use enough to justify the expense. Yet everyone around me raved about it.

Initially favoured by chefs, more and more home cooks are turning towards this all-in-one kitchen machine that chops, weighs, cooks, steams and more.

“I use mine every day,” one girlfriend gushed gazing at her pimped up Thermomix (yes, just as you can bedazzle your denim, you can pimp up your Thermomix with vinyl stickers).

I pointed out that she was an excellent cook, unlike myself, a self-professed better eater than cooker. “But that’s the genius of it, you don’t need to be an excellent cook, the Thermomix does all the work for you,” my friend insisted.

Still sceptical I agreed to attend an in-home demonstration, which is still the only way that you can purchase a Thermomix (very Avon and Amway-esque me thinks).

Pre-demo I jumped on the Thermomix website to do some research, learning that the machine has actually been around since the 1960s! Starting off as a puree unit, it developed over time to become the chopping, mixing, cooking appliance that it is today; the most recent upgrade being the inclusion of a reverse blade function so that the blades are able to turn without chopping.

The German-engineered, French-made kitchen appliance didn’t grace our shores until 40 years later, but it’s really only the last few years that Thermomix sales have taken off, with 7000 sales expected for this month alone.

Within minutes of arriving at the demo Thermomix consultant, Meg Burrett, confirmed my thoughts as to why Thermomix has become so popular with the residential market. “People are getting the guilts because they’re working so much that they’re resorting to take-aways, instant meals or cooking with pre-made ingredients, and they see this as the answer.

“It’s quick, it’s easy to use, and by making everything from scratch there’s no nasty additives, fake flavours or preservatives. Plus it’s a great solution for the myriad of food intolerances and allergies we face.”

Burrett then broke it down (not literally) so as we could further understand the Thermomix.

The Vortex reluctance motor is economical to run (500W rated power) and “apparently” does not require servicing – ever – while the Solingen steel blades neither require sharpening or replacing.

Given that its primary function is to chop and mill this comment was too preposterous for me not to argue, but Burrett patiently explained that, though the blades are sharp, it’s the speed in which the blades turn (up to 10,200 rpms from the gearless motor) that does the work.

The two litre stainless steel mixing bowl has built in ridges to bounce the food around, hitting it off the sides and back into the blades (beneficial if you wish to chop an individual clove of garlic). An integrated heating system and temperature sensor means it heats all the way through whilst automatically stirring, so that nothing burns or boils over.

With a measuring range from 5g-100g in 5g increments, 100g-2000g in 10g increments (up to 2kg) you can weigh and layer ingredients on top of each other by resetting the scales after each ingredient; handy if you’re cooking-in-grams savvy.

With a maximum power consumption of 1500W, the Thermomix has a metre-long pull out cable; handy as an anchor as it bounces around on the kitchen bench when switched to a high setting. It’s neither pretty, nor small, weighing in at 6.3kg with a height of 30cm, and a width and depth of 28.5cm (remember that it can be pimped and should replace several of your current kitchen appliances).

The Varoma is a two level steaming component which I immediately assumed was a paid extra. Not so. Included with your Thermomix purchase is the Varoma, a simmering basket, spatula and butterfly (whisker), and a basic cook book. Each extra has several uses and the book is an essential given there’s a lot to take in at a demo, much of which is hard to retain.

“It’s like a formula,” my friend explains. “Each recipe has a turn this dial to here, press this button, do this and it’ll make that. It’s really easy to follow.”
As a former sceptic I now understand why a home demo is required. It’s all but impossible to fathom what this sensible looking German appliance can actually do. And yes, some of the romance of cooking is lost when using it, but for practicality and efficiency it cannot be surpassed.

But is it worth the $1939 price tag? I guess I’ll find out once mine gets delivered…