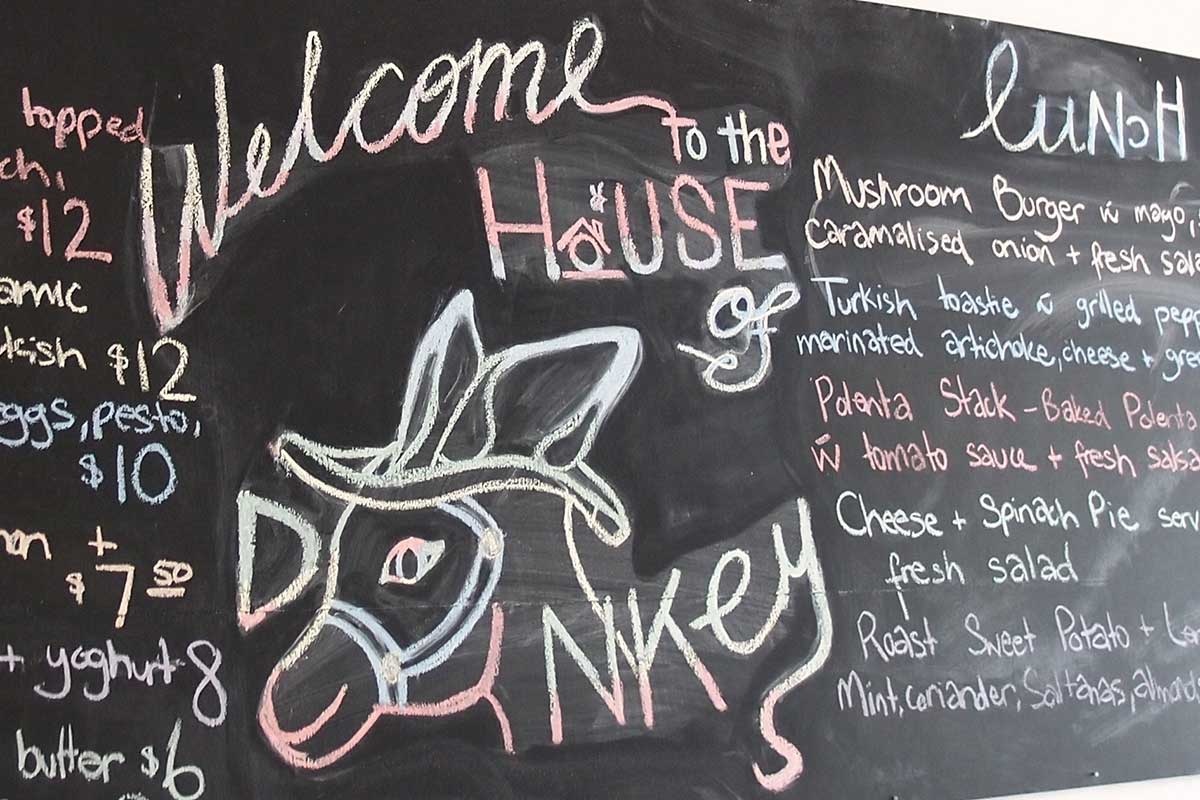 A restaurant by any other name still tastes as sweet. This may be true, but just like racehorses naming restaurants, cafes and wineries is becoming a kooky and refined art. We found some ambiguous monikers and got to the heart of matter. What do these names really mean?

This was one of those brainstorms that  resulted in brilliance. Owner Marcelo Tummino sat down with his brother John and decided the name needed three things. First, to communicate exactly what they do. Burgers and beer. Second, to have a literary quality. Think, Creedence Clearwater Revival, or ‘Big Brother and the Holding Company’. Finally it had to be personable, and feel natural, familiar and comforting. The result? Brother Burger and The Marvellous Brew – BB to their diehard regulars. Comfort at my Table, Milton, QLD

Comfort at my Table owner Naomi Zaveskas says her popular brunch spot features comfort food her mother used to make, with a few healthy tweaks thrown in. Think waffles, banana bread and eggs poached in milk and cheese. Her restaurant is an extension of her home down to the last detail. ‘Comfort’ was an obvious choice, until she discovered it was taken. Zaveskas says divine intervention was the answer. She opened her bible and a passage spoke to her: “I will lay a table before you”. Done and done. Coffee is a magical creation – marvellous, even. The tale goes, Omar was the man to discover the coffee bean in a mythical and  distant time. He was an outcast and near his death  a bird offered him a branch filled with beans. He boiled it, drank it and found himself revitalized. We all know that feeling. Omar then brought the bean back to civilisation. The team at Omar and the Marvelous Coffee Bird are about making the best of this bean, and that means the perfect roasts and commitment to quality. The House of Donkey, Adelaide, SA

The life of a traveller is an interesting one, and that’s where this vegetarian café found inspiration for its name. When two cousins and another friend they met on their travels were deciding what to do with themselves, they settled on opening a café. As a bit of fun, maybe to get a laugh, they jokingly called it Donkey, the ultimate traveller. It stuck. While those original friends are not longer behind the pans, the new owners love the name too, and aren’t strangers to people asking about it. In 1928, a guy called Leon Satanovich fled Russia and found himself working as a cleaner in a building on Brunswick Street in Melbourne. The Aussies found the name Satanovich too hard to say so he soon became Satan. When the building  closed down, the  vodka maker’s son decided to start making his own fiery drop. During summer, the burners and the Melbourne heat became too much, and Leon often worked naked (or close to it). His vodka became highly sought after and a code phrase was coined… “Let’s go get naked for Satan.” Naked For Satan now lets punters enjoy vodka, of any flavour, but they do recommend clothing. Bread in Common, a bakery and restaurant in Fremantle, is all about bringing food and people together. For them the name came from the idea of food connecting people and bread is the great leveller… it connects the dots. It’s as simple as that. We all have bread in common. The real life Alfie and Hetty lived next door to each other in the late 1800s, and were from different worlds. Alfie was a gangster boy, Hetty a caring pillar of society, yet somehow they got along famously. Mrs. N Stapleton, aka Hetty, was famous for her Sunday roast. Alfie White was the right hand man of a gangster in charge of the local Speakeasy. This place features a downstairs restaurant named after Hetty (where you can get a roast on Sundays) and an upstairs cocktail bar named after Alfie. Hell of the North, Collingwood, Victoria

For any bike riding fanatics, this one might ring a bell. The Hell of the North is an infamous yearly Paris to Roubaix bike race known for its terrifying terrain. Before you ask, Hell of the North the restaurant is not out to injure or terrify its patrons, but rather to marry heaven and hell. Heaven? The Euro-bistro menu that focuses on local produce. Hell? The selection of wine, beer and cocktails that as they say ‘tantalise the fire within’. Each wine from this quirky South Australian winery is marked by a different letter of the alphabet, hence Alpha. Box and Dice? Well, this old Australian saying means a whole lot of everything. Alpha, Box & Dice is about embracing and celebrating difference. And if you go to their cellar door you’ll even find pinball machines. Egg of the Universe, Rozelle, NSW

Egg of the Universe is located within the Body, Mind and Life yoga centre in Rozelle. The name has nothing do do with eggs, but rather a yoga pose that brings a feeling of completeness and balance. The name signifies death, rebirth and the feeling of letting go. It also looks at the energetic completion of yin and yang and the true life-cycle. It’s about energy and life and you can find both things at this studio and café.

Donkey what? The story behind weird restaurant names