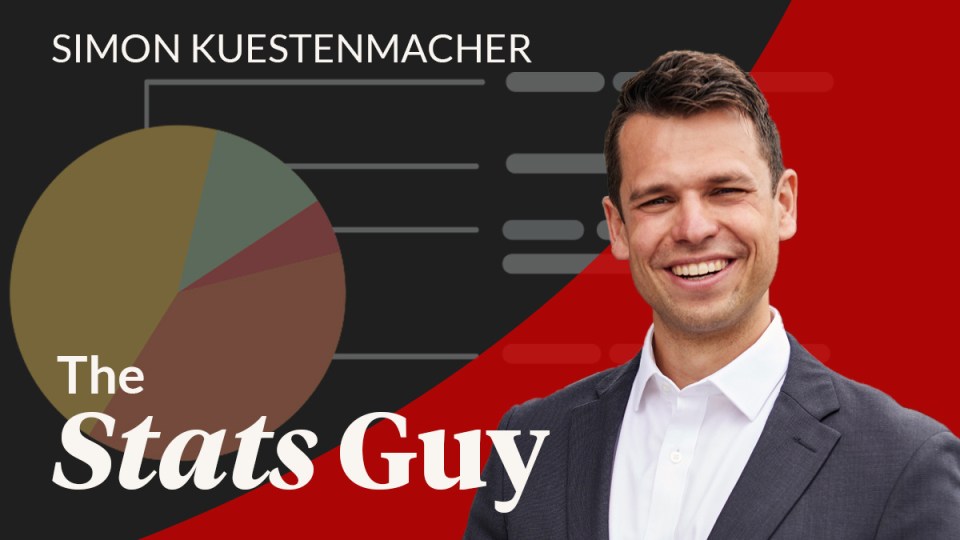 Spending on infrastructure will help our middle-class more than any type of financial welfare program ever could. It’s also exactly what our cities and regions need, writes Simon Kuestenmacher. Photo: TND

Life in Australia is getting more expensive, but wages haven’t kept pace.

For decades we have lost middle-income jobs, leaving more Australians with low-income jobs, and they are struggling to pay the bills. I described previously how the Australian workforce is hollowing out.

Some workers destined for these disappearing middle-income jobs transitioned into higher skilled professions, but many had to settle for jobs with lower incomes.

Today we will take a closer look at why many Australians feel squeezed, feel left behind.

Our first stop is the productivity-wage gap.

To keep it simple: Productivity is what the worker gives the employer, wage is what the employer gives the worker in return. For a long time, these two curves grew in unison. When workers created more Gross Domestic Product (GDP) in Australian fields, factories and offices, they saw their wages grow at approximately the same rate. It must’ve been times like this when the “work hard and you will succeed” mantra gained popularity. 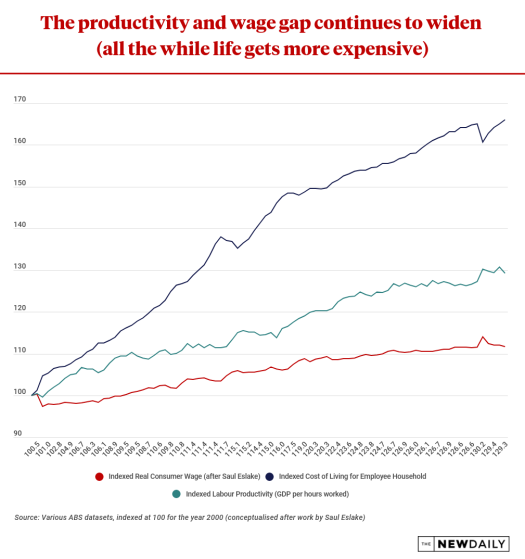 That changed in recent decades and the productivity-wage gap emerged. We only see data for the last two decades here (re-based to 100 for the year 2000) but the growing disparity between what workers produce and the compensation they receive is obvious.

Aussie workers produce more wealth than ever before but get a smaller slice of the pie. Simultaneously, the cost of living for the average employee household just kept rising. While some luxuries of life became cheaper, most essentials of life (housing, schooling) became much more expensive.

How to keep up with higher living costs? 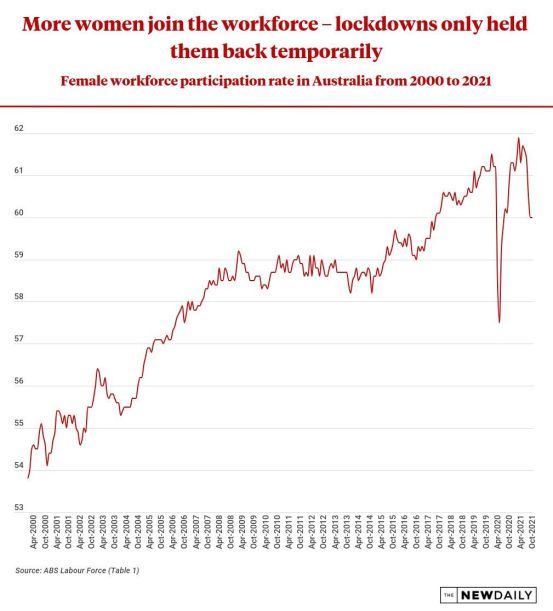 It iis, of course, impossible to say what share of the increased number of female workers was due to economic necessity and what was a result of female empowerment.

The two narratives get entangled anyway as people make sense of their lives. Am I going back to work because my family can’t afford the house or because I am a modern, independent woman wanting to showcase my skills and talents? We are arguably better off psychologically when we focus on the empowerment story.

As we saw more dual-income families, especially in the lower- and middle-class, the time parents were able to spend with their kids declined.

This forced families to spend at least some of their additional family income on childcare and household related tasks (that were previously done without remuneration, mostly by the women). That eats up some of the new household income.

If the two jobs in the household paid well enough, the family got to relax for a bit. In many households even two incomes couldn’t keep pace with growing expenses (especially housing). Bigger mortgages, more borrowing – easy. The debt of our average household, measured in relation to the disposable income, almost doubled in less than two decades.

At this stage a middle-class family is more economically productive than ever before, has both parents in employment, spends less time with their kids and holds more debt. To service the growing amount of debt Australian families must work longer hours. 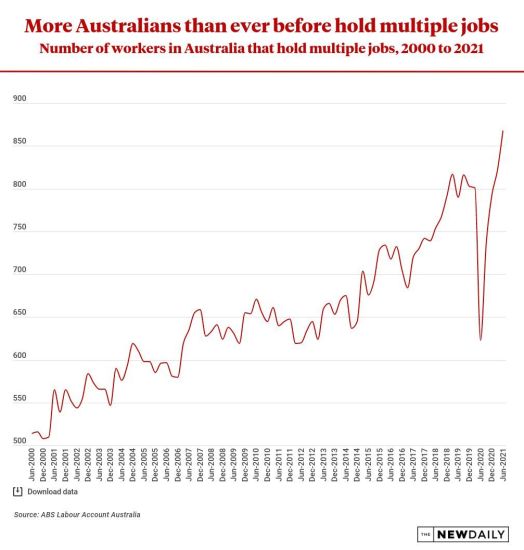 In low-income households one or even both partners might be forced to take on a second job. Before COVID, around 801,000 Australian workers had more than one employer. As of June 2021, 868,000 people held at least two jobs.

These second (and third) jobs overwhelmingly weren’t side-hustles or passion projects but low-skilled and low-paid jobs. These multi-job employees are working themselves half to death just to get by. We must not allow this to become the norm in Australia.

How to fix this?

We could make life cheaper. I doubt that this will work though. One obvious way to make life cheaper would be to drive house prices down. I see no political appetite for this whatsoever. Assuming house prices stay as they are or go up, how could we improve the quality of life for low-income Australians?

I think the best way is a massive infrastructure spending program. The construction industry heavily relies on middle-skilled workers.

Spending on infrastructure will help our middle-class more than any type of financial welfare program ever could. It’s also exactly what our cities and regions need since, for two decades, infrastructure growth didn’t keep pace with population growth.

Good news is that state and federal budgets put plenty of money aside already for infrastructure projects. To prepare our nation for such an infrastructure boom we must invest heavily into our TAFE system right now to prepare the middle-skilled workers of tomorrow. The federal government encouraged enrolment in the TAFE sector through wage subsidies for employers taking on apprentices.

Creating middle-class jobs by building infrastructure and filling these jobs with people that would’ve previously missed out on such jobs is the best way to unsqueeze low-income Australians. There might be a light at the end of the tunnel after all?

We still need workers doing low-income jobs though. Who should be doing these? Ideally, as many low-income jobs as possible would be taken on by young people in education.

That still leaves millions of unfilled low-income jobs though. My solution here is unpopular with Big Business: raising the minimum wage and closing loopholes to underpay workers by having them be self-employed platform employees.

If we get migration management right on top of this (allow as many international students in as possible, entice elite educated skilled migrants into the country, withstand the temptation of filling middle-skilled jobs with migrants and continue to boost the local TAFE system instead) we might actually start to unsqueeze lower-income Australians.

The Stats Guy: Can we unsqueeze the financial pressures on Australian workers?