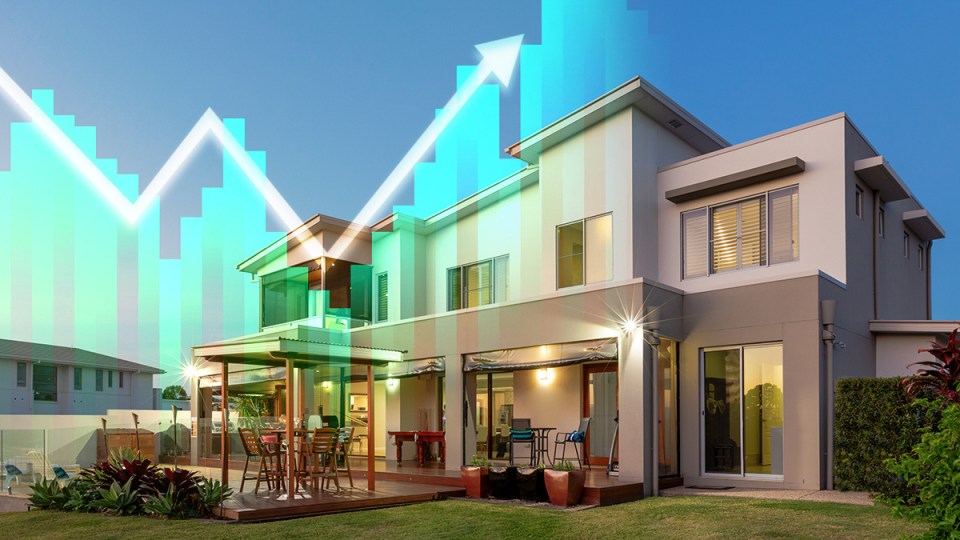 Experts have weighed in on the best way to prepare for higher interest rates. Photo: TND

Millions of Australian home owners are staring at a steep rise in their mortgage repayments over the next two years as the Reserve Bank brings an end to the era of record-low interest rates, creating a debt cliff in the process.

Although no one knows when rates will rise or by how much, RBA governor Philip Lowe has said an increase in mortgage rates is “inevitable”.

Canstar analysis shows Australians who owe at least $500,000 on their mortgage will be shelling out more than $470 extra every month if interest rates go where investors expect them to over the next 12 months.

And to make matters worse, more than a million home owners have never experienced a rate rise, setting the stage for a painful debt cliff as newer home buyers contend with their mammoth home loans.

If that sounds like you, there’s fortunately plenty you can do now to prepare for a rate rise when it does happen, whether it’s this year or next.

Here are five tips to help prepare for the first rate rise in more than a decade.

Not even Dr Lowe knows when interest rates will go up.

But as someone who has paid off a mortgage and lived through several rate hikes, he has some important advice for home owners today.

“Make sure you have buffers,” Dr Lowe told the National Press Club on Wednesday.

“Interest rates will go up, and the stronger the economy … the faster and the sooner the increase will be.

“You need to be prepared for that.”

On the face of it, this seems like simple advice, right? Make sure you’ve got plenty of cash stored away to weather the storm when it arrives.

But experts said there’s plenty of ways to do this – with some more effective than others.

This could be done by making payments into a mortgage offset account, which is a bank account linked to your home loan that counts against the balance of your mortgage.

Normally, each dollar in this account will reduce the amount on which you pay interest by that amount, while also reducing the overall principal on your home loan.

“The lower your loan size when the rate hikes do finally come, the less pain you’re likely to feel as the amount owing is lower,” Ms Tindall said.

Meanwhile, Canstar Group executive Steve Mickenbecker said borrowers with a $500,000 home loan could be slapped with a $471 rise in monthly repayments if rates rise by 1.5 per cent over the next year, which economists are now predicting.

He said home owners should pretend this rise has already happened and start paying the difference in repayments into an offset account, or even just in additional repayments if your loan doesn’t have an offset.

The main benefit of an offset account is that you can still access the money if you need it.

“If you do it now when rates are still low, it’s coming off your principal,” Mr Mickenbecker said.

It’s also a good time to look into refinancing your loan, especially if you haven’t done so since the pandemic started.

The mortgage rates offered by the big banks have been rising lately on the back of expectations that rates are about to go up, but they’re still much lower than before COVID-19 pinned the official cash rate to the floor.

The lower your mortgage rate when the RBA hikes the cash rate, the better off you’ll be as any future rise in your variable rate will be coming from a lower base.

“It’s worth checking – the market changes all the time,” Ms Tindall said.

“Check that your rate is competitive. If it isn’t, pick up the phone to your bank and ask them for a rate cut.

“If they don’t play ball think about switching lenders.”

Ms Tindall added that it’s worth checking if your bank is offering a lower rate to new customers, as this can be “perfect ammunition” in your negotiations for a cut.

3. Use your equity to your advantage

If you are looking to refinance before rates rise, then make sure to use the recent house price boom to your advantage.

Housing prices have risen by double-digits during the pandemic, which has left many people sitting on a mountain of new equity if they have managed to keep up with their repayments over the past two years.

It means you might own more of your home than you think, particularly if you’ve bought in the past few years with a 10 or 15 per cent deposit.

If that’s you, then you might now own 20 per cent and be eligible for a better deal with your bank, Mr Mickenbecker said.

“You’ll have trouble refinancing if you had trouble with repayments, but most households have come through COVID in good shape,” he said.

“If you borrowed 12 months ago on over 80 per cent [of your home] then chances are you are now below 80 per cent.

“Your bargaining power is significantly stronger now that you have more equity.”

Before you refinance, though, consider getting your property revalued, as this will bring its paper value in line with current market conditions.

And because house prices have soared you’ll usually get a value uplift that will help make your case to the bank even more compelling.

4. Consider fixing but beware the risks

Fixing your home loan before rates rise will buy you immunity from the debt cliff over the period of time you agree to.

That could be useful if you don’t want to be stressing about when rates are going to rise and by how much over the next 12 months.

But be careful – fixed rates have been rising lately and if you jump into one without thinking carefully you could get trapped into a bad rate.

Mr Mickenbecker said fixing a loan isn’t as attractive now as it was six months ago.

“You can still lock in at some reasonably low rates,” he said.

“It’s not that risky but it might not put you ahead much and it may even put you behind.”

Hugh Robertson of Centaur Financial Services said home owners can choose to fix a portion of their loan, rather than the whole thing, to hedge their bets on how rate rises might play out in 2022 and 2023.

5. Get your financial house in order

This final tip is solid financial advice for everyone, not just home owners.

But if you have a big mortgage, it’s especially useful to pay off other higher interest debt such as credit cards.

The last thing you want when rates rise is to be paying off other types of debt that are more costly than your home loan. So take the opportunity now to clear any credit card and buy-now-pay-later debts, Mr Robertson said.

“If you’ve got yourself into a financial predicament you should look right now to do some debt consolidation,” he said.

Mr Robertson said home equity is useful here too because lenders will allow you to consolidate your debts using your home as collateral.

That could net you a better deal that will help you get on top of your debt before interest rates rise.

Housing downturn widens amid fresh fears property prices will plunge 18 per cent
Coles ditches plastic fruit and vegie bags in major trial
US President’s wife Jill Biden has COVID-19
Another NSW Liberal MP bows out
Blasts in Crimea suggest Ukraine fightback
NSW govt unveils western Sydney koala plan
‘Nothing we can do’: The RBA says it is not to blame for soaring house prices. So who is?
Today's Stories