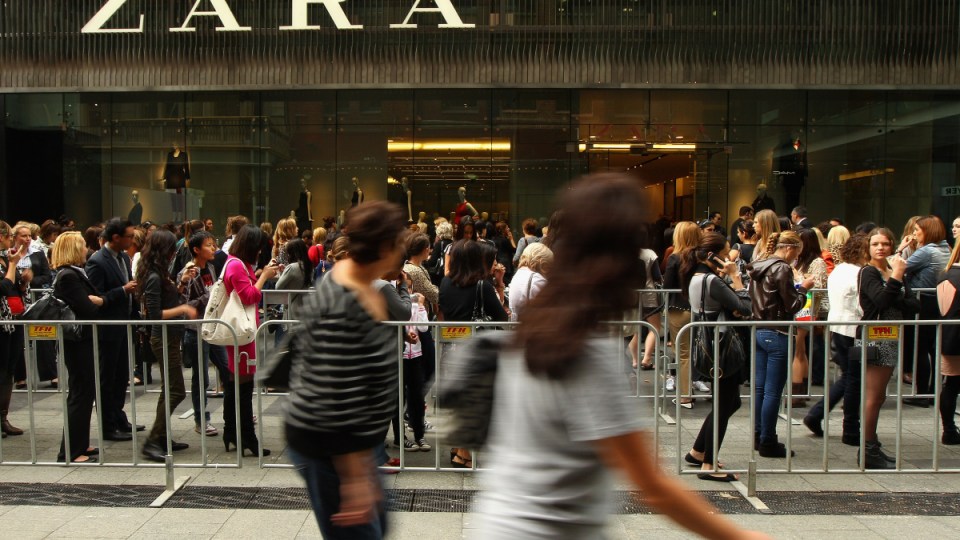 Zara says the underpayment was revealed in an external review of workers' entitlements. Photo: Getty

Fashion retailer Zara has underpaid its workers by millions of dollars, joining a long list of Australia businesses that have ripped off staff.

The fast-fashion retailer has revealed it owes staff $2.6 million in underpaid wages and entitlements.

It has started a remediation program to pay the workers.

Zara, which is owned by Spain’s Inditex Group, joins some of Australia’s biggest business names on the wage theft shame file.

Others include Woolworths, Commonwealth Bank, the ABC, Qantas, Subway, Domino’s, Bunnings, Super Retail Group and jeweller Michael Hill. There have also been a string of similar issues in hospitality.

In 2019, Fair Work Ombudsman Sandra Parker said large companies had been “sloppy” with their payroll practices.

“They had been previously saying to us that they’re trying to fix it and we should, therefore, leave them alone to get on with it. That’s not what we’re going to do,” Ms Parker said.

Australia authorities have cracked down on wage theft in recent months, although the federal government backflipped on plans to criminalise such underpayments in March.

In a move that unions warned would further entrench exploitation of workers, the Morrison government removed the penalties from a broad-ranging industrial relations bill to allow it to pass an unco-operative Senate.

In documents filed with the corporate regulator, and seen by The Sydney Morning Herald, Zara revealed the underpayment was uncovered after an external review into its workers’ pay analysed payments owed under the award system as well as “other monetary entitlements”.

Zara said it was also investigating ways to cut costs as it absorbed the effect on fashion sales from the pandemic.

“Although there is significant uncertainty surrounding future events, the company’s directors are constantly monitoring the evolution of the situation in order to successfully address any possible impacts, both financial and non-financial, that may arise,” Zara’s local directors said, according to the SMH.

Victoria and Queensland have passed their own laws criminalising wage theft.

The NSW government has outlined its intention to “name and shame” businesses that fail to pay staff properly, while also raising fines to more than $100,000.