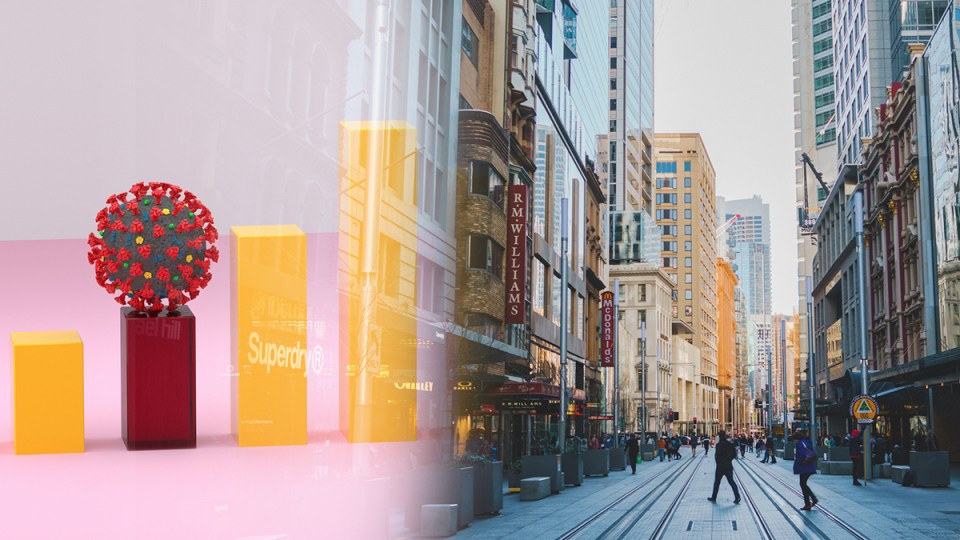 New data suggests the economy is on the road to recovery.

A survey by the Australian Bureau of Statistics found the number of Australians with a job has steadily increased over the month to early May.

The ABS said the survey of 1022 households, which refers to the period from April 29 to May 4, was not statistically significant but “may indicate some improvement in labour market conditions”.

“The ABS survey shows signs that employment is beginning to recover,” she said. 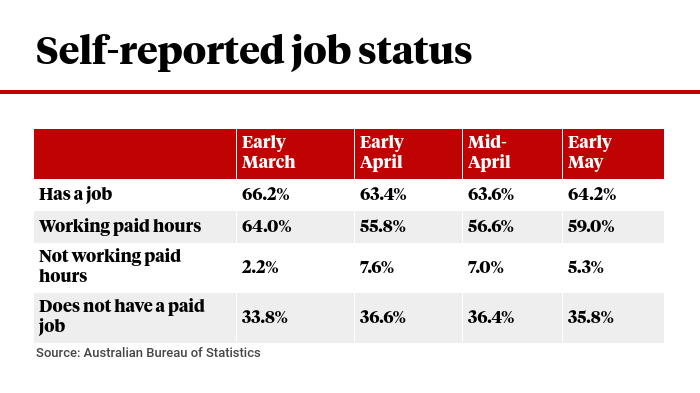 “This is very encouraging given the size of the hit to the labour market.”

The survey comes after a series of reports from banks and credit bureaus suggested credit and debit card spending may have already hit rock bottom.

Data from Commonwealth Bank and ANZ points to consumer spending hitting its lowest point in the fortnight to May 1.

Spending during that period was down 10 per cent year on year, which was a significant improvement on mid-April’s shortfall of 20 per cent.

Meanwhile, discretionary spending for the week ending May 1 was down just 1.1 per cent on the same time last year, according to ANZ.

It was down 26 per cent year on year the week ending April 16, though the bank’s economists cautioned the favourable results in the week ending May 1 might reflect the fact Anzac Day fell on the same week last year.

Although Prime Minister Scott Morrison didn’t unveil his three-stage plan to lift restrictions until May 8, Dr Oliver said the results aligned with several other datasets and matched the observable reality of more traffic on the roads and more shoppers in the malls.

He said the results suggested the economy started to reboot before the official easing of restrictions. AlphaBeta and illion data shows consumer spending “took a leg up at the end of April,” Dr Oliver said, and consumer confidence has now increased for the sixth straight week after recording its largest monthly decline.

“I suspect that [what the data shows] is parts of the economy have reopened a little bit ahead of the easing [of restrictions],” Dr Oliver said.

“Some employers might have shut down, thinking ‘this is going to go on for a long time, there’s no demand’, and then suddenly found maybe there is a little bit of demand and they can reopen if they stick to the distancing rules.”

He added: “I think that April was the low point for the economy, and provided we don’t have to ramp up the lockdown again, then economic activity will progressively pick up as the year proceeds.”

In addition to the employment insights, it found that nearly half of all Australians with jobs (46 per cent) said they were working from home.

Meanwhile, almost a quarter (22 per cent) said at least one person in their household had experienced one or more problems related to employment, housing and finances.

And the same proportion said they were suffering from loneliness, with women (28 per cent) more likely to report feeling lonely than men (16 per cent).

‘I am not afraid’: The modern unknown soldier risks it all in Ukraine
Greens sign up for Labor’s looming jobs-and-skills summit as Liberals stick with boycott
Joe Biden’s $430b green victory for the environment
China cementing its Thailand ties with joint military exercises
NRL: Titans frantic to end 10-game losing streak as Manly showdown looms
AFL: Western Bulldogs cling to finals hopes after GWS thriller
Coles hit with class action alleging up to $200m in underpayments to staff
Today's Stories