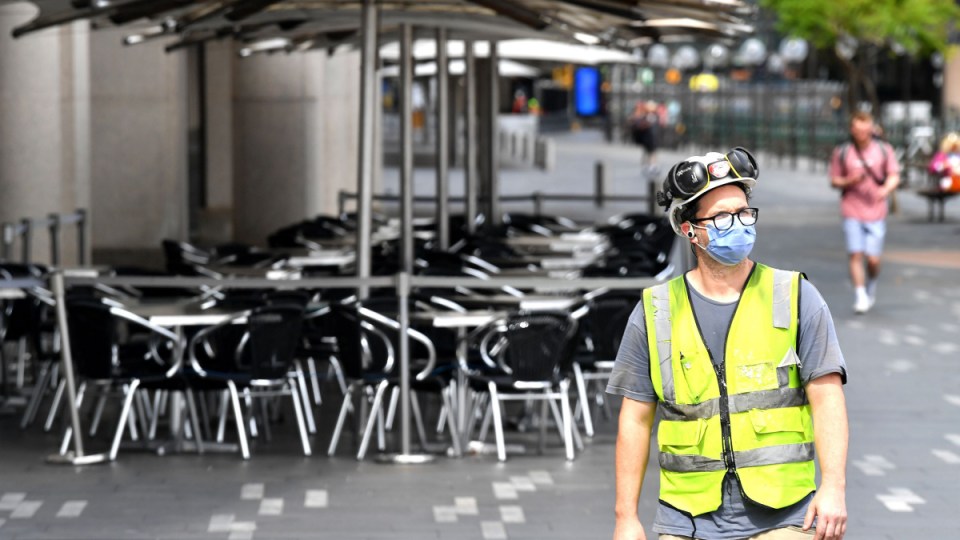 Mr Morrison says he wants Australia to have worked through all three steps to a "COVID-safe economy" by July.

Prime Minister Scott Morrison has revealed a three-step “road back” to reopen Australian society and the economy during the coronavirus pandemic.

The first phase of relaxing coronavirus restrictions will reopen cafes, restaurants and shops, while public gatherings of up to 10 people also allowed.

States and territories will determine which of the steps they adopt – and when – under the three-phase plan released after Friday’s National Cabinet meeting.

Each step will be reviewed before Australia moves to the next easing.

“Be encouraged, Australia, that we are successfully making our way through this difficult battle on two fronts,” Mr Morrison said.

“And we’re certainly doing it better than many and most around the world.”

Under the first step, people will work from home if it suits and home visits of up to five people will be allowed. Children will be back in schools and playgrounds, golf courses and libraries will reopen.

Mr Morrison said shops, cafes and restaurants would be able to reopen.

“It will see easing of restrictions for funerals with up to 30 attendees, outdoors, and 10 at weddings,” he said.

Step two will allow for gatherings of up to 20 people and include the opening of bigger venues such as cinemas and galleries. It will also mean the return of organised community sport, beauty parlours and more retail.

Step three will allow gatherings of up to 100 people, but is still to be fully detailed.

“There will be more work to do on step three,” Mr Morrison said.

“But most workers, by then, will be back in the workplace.”

He said the nation’s premiers and chief ministers had agreed it was an “aspiration” that all of Australia would move through all three steps by July.

“The pace, though, will totally be up to the states and territories,” he said.

“They’ll be responsible for setting their own timetable and communicating that to their citizens and residents in their own states and territories.”

He said state and territory leaders had also asked him to stress there should be “no expectation of step one starting on day one”, unless a particular region was already at that stage.