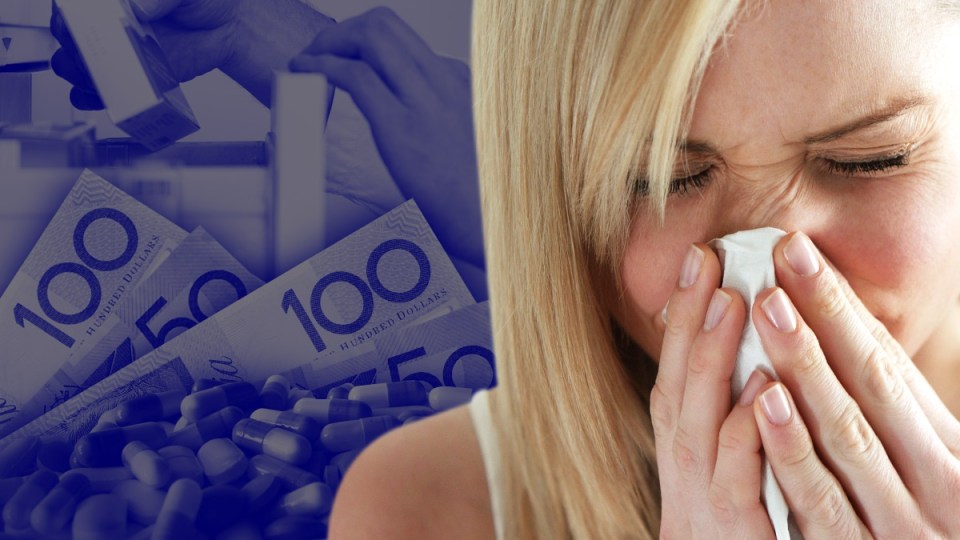 Pharmacists are among the lowest-paid workers in the nation despite their years of university training, new data suggests.

A report by Professionals Australia, the union for community pharmacists, published first in The New Daily, found compelling evidence their members were poorly paid – even before facing three years of penalty rate cuts.

Community pharmacists are university-educated professionals who fill prescriptions and provide medical services to the general public, as opposed to those who work in hospitals and laboratories.

After completing four years of university training, community pharmacists undergo an intern year on a median salary of $42,000, the report found, citing the Australian Bureau of Statistics. Only artists had a worse graduate wage.

Even after intern year, the pay barely improves. The average pharmacist wage is $66,955, well below the average nurse wage of $71,900, the report found, based on Graduate Careers data.

Sarah – not her real name – a 24-year-old community pharmacist in Melbourne, told The New Daily it was “not very fair” that pharmacy paid so little, given “we had to go through a lot” to qualify.

“You never really get a proper break. Most of the time I just eat behind the desk,” she said.

“I feel like we do quite a lot, especially if you’re doing community pharmacy.”

In the union’s survey of 658 community pharmacists, conducted between October and December last year, experienced pharmacists reported an hourly rate of $32.49; pharmacists-in-charge $35.95 an hour; and pharmacist managers $38.49 an hour.

Wage growth featured heavily in the national debate this week, as new figures showed wages across Australia had zero growth in the last financial year, factoring in the cost of living.

Even this stagnation was better than the negative wage growth reported by the surveyed pharmacists, who told the union their wages fell -1 per cent in real terms in 2016.

Sarah said all but one of her graduating class employed as community pharmacists were paid the lowest possible rate under the industry award.

“I don’t want to continue being in community pharmacy,” she said.

“If I can find another area in pharmacy I will reach for that.”

Under a four-yearly review of the award, Professionals Australia has made a submission to the Fair Work Commission for a 30 per cent increase to the minimum rate of pay.

Professionals Australia CEO Chris Walton said the union had taken this action because pharmacy pay had failed to keep pace with the job’s increasing complexity.

“This is one of the most important parts of the health workforce, where training is comparable with a doctor, yet they earn as little as $27 per hour, and now they’re having their penalty rates cut too,” he said.

“The role of pharmacist in our health system has increased over the years to include health consultations, vaccinations and script management, particularly for older people and the rising population with chronic conditions.

“Pay has not increased to reflect that change.”

The union partly blames the rise of large discount chains such as Amcal, Chemist Warehouse and Priceline, as well as industry rules that make it difficult for pharmacists to branch out and start their own businesses.

The Fair Work Commission has also cut official Sunday penalty rates in the pharmacy sector from 200 per cent to 195 per cent, with more cuts scheduled over the next three years.

Those affected vary widely, as some companies (including Chemist Warehouse) have agreed not to pass on the cuts, while some workers were already employed under agreements that made penalty rates obsolete.

The Pharmacy Guild, which represents employers, said it was wary of the reliability of the survey data, and noted that minimum award rates rose by 2.6 per cent in 2016.

“The Guild is committed to supporting members to ensure they uphold their obligations and responsibilities as employers, and that means paying at or above the minimum award rates,” a spokesperson said.

“The survey does show that many pharmacies, particularly the non-discount model pharmacies are paying pharmacists well in excess of the minimum award rate.”

Pharmacists among ‘most underpaid workers’ in Australia: report