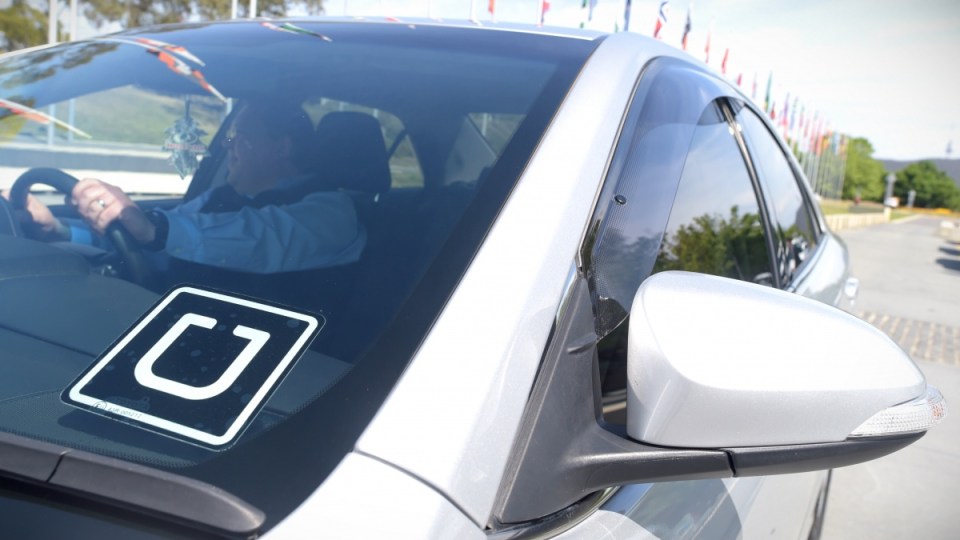 The proposed changes will users of the fast growing disruptive economy. Photo: AAP

An Australian investigation into the employment practices of Uber could force it to leave the country, allowing a local competitor to fill the gap.

Julian Teicher, a labour market expert at Central Queensland University, said there was a “good chance” that Uber would lose any test case, forcing it to pay its drivers as casuals rather than contractors.

This could prompt the company to leave Australia altogether, he said.

“It may come down to who can throw the most money at the thing if it goes to a test case, but based on previous case law there’s a fair chance that Uber drivers will be classified as employees,” he told The New Daily.

“The real challenge for Uber will be what it does next. Does it cease operating in Australia or does it recruit a workforce? I think they would cease operating and leave it to other business models like GoCatch.”

The Fair Work Ombudsman confirmed earlier this week that it was investigating whether Uber was complying with the law by classifying its drivers as contractors. If found to be doing so illegally, this would be a case of “sham contracting”.

A newly-formed driver’s union – RideShare Drivers United – has claimed credit for prompting the investigation, saying they met with the Ombudsman earlier this month.

If found to be casuals, Uber would be forced to pay its drivers the minimum wage and, if they earned more than $450 a month from the company, the 9.5 per cent superannuation guarantee.

GoCatch CEO and co-founder Andrew Campbell said Uber should be investigated and it would be “good riddance” if the US-based company was forced out of the country.

“We’ve got an anti-competitive, monopolistic company from overseas that treats our regulators with contempt, gouges and surge prices consumers, and treats drivers with a complete lack of respect,” he told The New Daily.

“The sole income of many Uber drivers is from doing that work, so they deserve conditions and benefits that they are entitled to by law.”

Uber Australia told The New Daily in a statement that it would assist the Fair Work Ombudsman with its investigation.

“More than 60,000 Australian driver-partners choose to drive using the Uber app because they like setting their own schedule and being their own boss. We will be happy to assist the Fair Work Ombudsman with any questions they may have.”

GoCatch operates in all capital cities and many regional areas. It connects registered taxi drivers directly with customers via a smartphone app similar to Uber. It claims to have close to 10,000 drivers nationally.

Mr Campbell said his company is ready to wholly replace Uber if it leaves, and would be willing to consider employing Australian drivers directly if it became the market-leading ride share app.

“We would certainly be more than happy to fill the gap. We obey Australian law, we pay tax in Australia, we employ Australians [at head office], we pay our GST correctly, we treat our drivers with respect and we price very fairly to consumers.”

In a statement, RideShare Drivers United said it is working closely with the Fair Work Ombudsman to prove its claims.

“We are currently in the process of submitting relevant information, highlighting the sharp contrast current Uber driver working conditions have to Australian fair work laws and standards.”

‘I am not afraid’: The modern unknown soldier risks it all in Ukraine
Greens sign up for Labor’s looming jobs-and-skills summit as Liberals stick with boycott
Joe Biden’s $430b green victory for the environment
China cementing its Thailand ties with joint military exercises
NRL: Titans frantic to end 10-game losing streak as Manly showdown looms
AFL: Western Bulldogs cling to finals hopes after GWS thriller
Eight rate hikes in two years? Our economy should be so lucky!
Today's Stories

‘This could be the end of Uber in Australia’