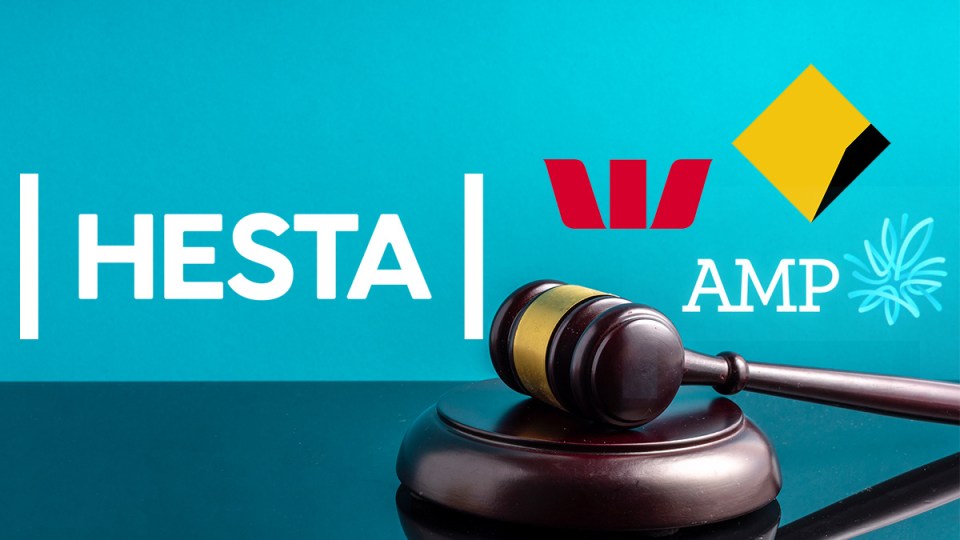 HESTA is gunning for big bucks through class actions. Photo: The New Daily

Health industry super fund HESTA is taking on big financial institutions through class actions in a bid to win back members’ money.

It is one of a number of funds trying to increase members’ savings by challenging businesses in court when investments grow awry.

HESTA is currently signed up to 21 shareholder class actions against miscreant companies that have dudded shareholders in some way.

It’s a good gig to be involved in as to date HESTA says it has earned an average of $32 million from successful actions.

HESTA recently told a parliamentary inquiry into litigation funding (providing financial backing to run class actions) that it “participates in class actions to recover losses, but also as a means of encouraging better standards of corporate governance and improved accountability by companies, directors and corporate advisers to their shareholders”.

“We see legal action as a vital third arm of active ownership that complements engagement and share voting to achieve long-term change for benefit of members,” HESTA’s submission said. 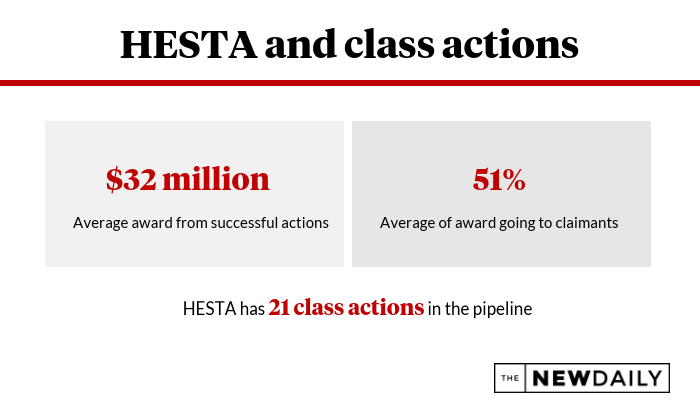 A High Court decision in December means participation by big institutional investors is now far more important to get class actions off the ground.

“Until recently we would sign up under common fund orders where you just need one applicant and the court would take care of funding arrangements,” Shine Lawyers class action partner Craig Allsopp said.

“But in December the High Court said the court didn’t have the power to make common fund orders, so litigation funders want to make sure enough people have signed funding agreements to ensure that they’ll get a commercial outcome.

“In that situation institutions are important to talk to.”

That is because institutional shareholders like HESTA can have holdings worth millions.

Getting their support means litigation funders have the confidence to know their support of the action will be spread over enough share holdings to make it worthwhile for claimants to join the fund without legal costs eating up the award.

The High Court battle, instigated by Westpac, was highly strategic.

“Westpac thought if it got rid of common fund orders it would lower its exposure to damages and probably get rid of the whole action,” Mr Allsopp said.

But Shine went to work signing up people and “the action is still in the courts,” he said.

Following that ruling lawyers wanting to instigate shareholder class actions “have to go and do a book build to try to sign up as many institutional and retail claimants to funding agreements and retainers as possible to give the litigation funders confidence,” Mr Allsopp said.

In May Treasurer Josh Frydenberg threw another obstacle in the path of class actions.

“He changed the way litigation funders were regulated and treated them as managed investment schemes,” Mr Allsopp said.

“It increases the costs of funders’ compliance and might potentially lessen competition in the market and both things would potentially reduce returns to class action group members,” Mr Allsopp said.

The changes triggered a flurry of action, with 11 class actions being lodged in the week before August 22 from when the new regime applies.

The federal government made these changes against the advice of ASIC and before the [Parliamentary] inquiry is even finished: Craig Allsopp.

HESTA has signed up to a potentially massive claim against Westpac triggered when financial flow sleuth AUSTRAC charged the bank with making 23 million illegal funds transfers that breached money laundering and counter-terrorism provisions.

It is still before the courts and it is possible that Westpac could receive a penalty of over $1 billion.” 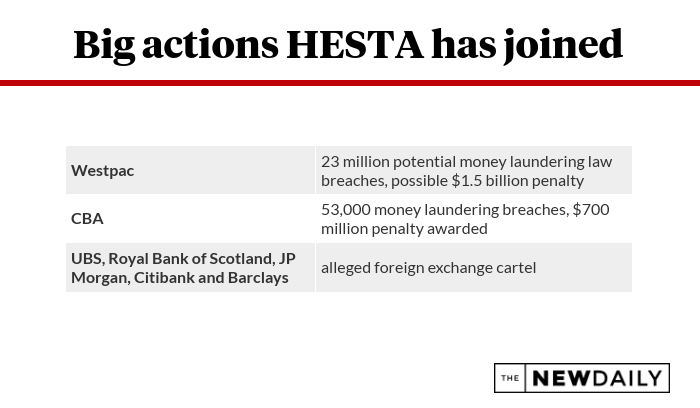 AUSTRAC has demanded a $1.5 billion penalty, which would easily eclipse the $700 million record fine CBA attracted over money laundering charges in 2018.

“The claim is open to institutional and retail investors and the size of any award would depend on the number of group members who participate,” Mr Finney said.

The action will be funded by UK group Woodsford Litigation Funding.

HESTA stands to win a sizeable payout if the action is successful.

Mr Finney said the action was unlikely to be resolved until late 2021 or early 2022.

AustralianSuper, Hostplus and Cbus did not respond to questions about their class action activity.