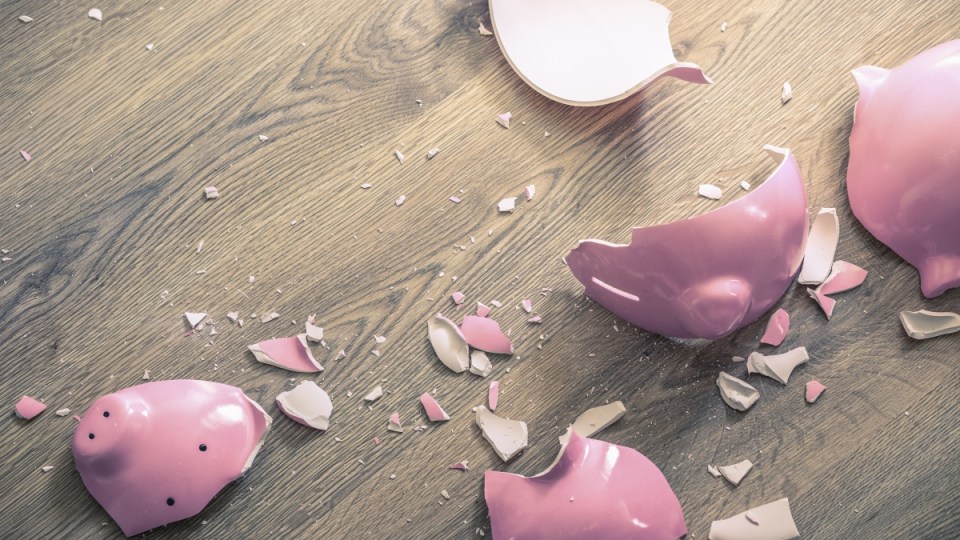 The latest figures show Australians have withdrawn almost $15 billion from their super accounts under the COVID-19 scheme Photo: Getty

Emergency access to superannuation during the COVID-19 shock has triggered a spending spree for some Australians, who are splashing cash on gambling, alcohol and takeaway food rather than essential household items.

Real-time bank transaction data crunched by the advisory firms Alpha Beta and Illion shows that many people dipping into their retirement nest eggs have increased spending on lifestyle items, rather than using the cash as a lifeline.

A sample of 13,000 people who accessed their super under the early release scheme shows 64 per cent of spending went on discretionary items such as clothing, furniture, restaurant food, gambling and alcohol.

Credit and debit card data shows that early super access recipients, who withdrew on average $8,000 of the $10,000 maximum, spent nearly $3,000 more than normal in the fortnight after receiving the withdrawals.

The two most common spending increases were debt repayments – 14 per cent of the extra spending was used to repay personal debts, including credit cards, buy now pay later bills and other bills – and gambling, which gobbled up an average of $327 of the $2855 in additional spending.

It appears calls from some real estate agents for tenants to withdraw super to keep paying their rent went unheeded, with just $122 of the $2855 passed on to landlords.

Alpha Beta director, economist Andrew Charlton, told the ABC’s AM program that 40 per cent of the recipients did not actually suffer a drop in their income so far during the COVID-19 crisis.

“That tells us that much of this money was used for lifestyle reasons rather than necessity reasons,” Dr Charlton said.

“Superannuation is there for retirement, not for crises.

“If someone used super money to buy a $20 pizza, that pizza might end up costing them $150 at the time of their retirement. It will be the most expensive pizza they’ve ever bought.”

Mr Charlton is concerned that the roughly $15 billion taken from super so far will erode future retirement savings as savers miss out on compounding returns.

‘This is their money’

But Dr Charlton said the criteria for applications was flawed and urged the federal government to urgently review the program and tighten the guidelines.

“The policy has been poorly designed. You just need to show you had a 20 per cent reduction in hours during 2020 with no income verification,” Dr Charlton said.

“It was able to be accessed ticking a few boxes, so it was a tempting prospect for lots of people and they seem to have taken advantage of it.”

However, Treasurer Josh Frydenberg defended the right of people taking money out to spend it as they wished.

“This is their money. They will use that money for a range of purposes,” he said.

“We’re going through a once-in-a-century pandemic and people do need that extra funding, that extra financial support over and above other government initiatives to help them get through this period.

“Now, this money is tax-free and that’s been an important initiative by the government and it’s been welcomed.

“We are comfortable with the fact that people are accessing their money when they need it most.”

Government debt will take 36 years to pay off

Advisory firm PWC warns that, without major tax reform, surging debt levels will remain at eyewatering levels and take more than three decades to pay down.

Projections by PWC show that returning the federal budget to surplus could take an additional 19 years without comprehensive tax reform, with the return to zero debt delayed to 2056-57 because of ballooning deficits.

“For Australians aged around 18, it would take probably until they’re in their late 30s to see a budget back in surplus,” according to PWC partner Paul Abbey.

“They may not be in their 50s before the government has been able to pay down all the debt.”

Mr Abbey said, while tax reforms are urgent to in encouraging economic growth, they need to be on hold until the COVID-19 crisis has passed.

“Tax reform in the midst of an economic shock will pose further disruptions to households and businesses that are already being asked to change on many fronts,” Mr Abbey said.

The combined impact of the summer bushfires and the early economic impact of the COVID-19 will become clear on Wednesday, when official GDP data for the first three months of the year is released.

Economists expect the economy to have contracted by about a third of a per cent, with growth over the year of 1.4 per cent.

However, what is expected to be a mild contraction is seen as the prelude to a much sharper second quarter contraction confirming that Australia is experiencing its first technical recession in almost three decades.