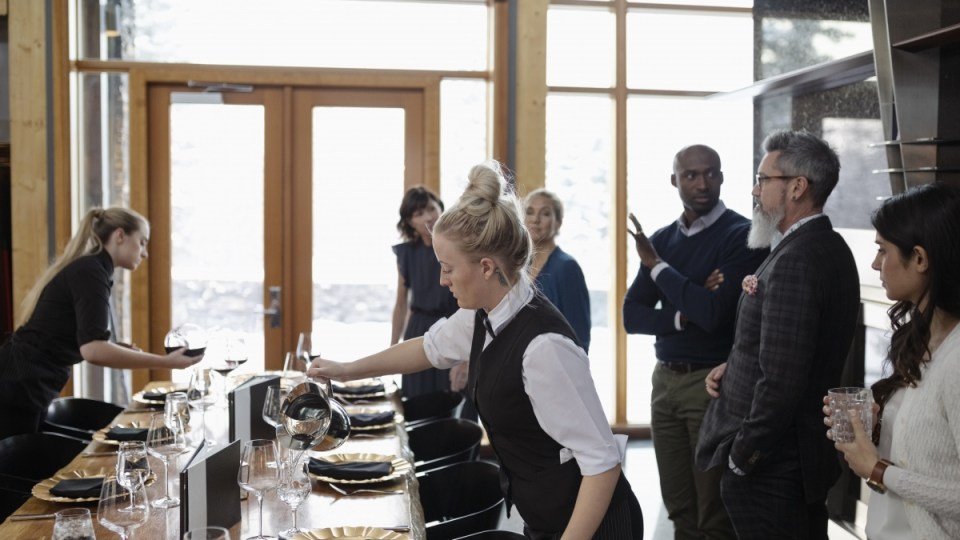 Wage theft in the restaurant industry has hit the headlines yet again, with the Neil Perry-fronted Rockpool Dining Group accused of tampering with time sheets to conceal potentially thousands of hours of unpaid work.

The claim comes just weeks after another celebrity chef, George Calombaris, was fined after admitting to underpaying staff more than $7 million.

But it’s not only the big names that are trying to turn a dollar at the expense of their workers. The current status of restaurants, both big and small, in Australia is almost unsustainable.

UberEats promises a reduction in staff for restaurants, but they take 30 per cent of the restaurant retail price to provide their services. If restaurants made a 30 per cent margin on menu prices, they would all retire rich. But, they are lucky to see margins of 3 per cent.

In Australia we are weighed down with a very high compliance regime; federal government, state government and councils all create a role for themselves. A cash penalty-driven system that seems to be a competition between ‘authorities’, of who can fine the most, when often ludicrous demands and hurdles are set for small business in this country.

In the case of restaurants, add to this to the very high wholesale prices for meat and fish – prices that are not going away anytime soon – and it is no wonder the restaurant world is turning to slow-cooked, lesser cuts served with pomp, ceremony and lots of garnish.

The high-profile examples of wage theft to restaurant staff are the result of many factors and, like a cancer, once the action is taken to cut corners with staff costs, it never abates.

How did this happen? Let us count a few ways.

The celebrity chefs should take a good look at how they have contributed to the problem in an industry known now more for glamour and positioning, rather than the old-fashioned mantra of good food – carefully cooked.

Restaurant reality shows, you have a lot to answer for.

Wage theft is not always theft. It can be the result of many factors, the biggest of course is complacency, and a belief that people choose to work in this glamorous industry, regardless of the pay and the conditions. The glamour is short lived once reality sets in.

Despite glamour boasted by some in the industry, it actually lives on the willingness of young people to accept a position that features the underpayment of wage levels, a lack of penalty rates, and unpaid hours bolted on to already anti-social working hours.

Young people entering the industry find the reward for actually securing the position is working in poor conditions, and extra unpaid hours to finish the job because “that is how we must leave the kitchen for tomorrow’s service”.

Think trainee position, intern position – “You want to work at my restaurant?” – this is how it is going to be. Hospitality is not the only industry where this is occurring, of course – think interns at firms of all shapes and sizes.

Doesn’t this sound familiar: Hey, young people, come down and work at our new ‘digital agency’, we are all young and vibrant with a great work ethic – and when it works out (after your training period), we will put you on staff in six months!

One guess how this will end – the traineeship position is re-advertised four months later, and the game starts again. The examples of glamorous new age jobs in new age celebrity-driven businesses are everywhere.

This is how a simple dream turns into a harsh reality.

You are an active 65-year-old, recently retired but looking for an interest to keep your brain engaged. You’re sitting at your local favourite suburban restaurant, a ‘mum and dad’ operation. It always seems to be open and the food is quite good, and the owners never appear to be that stressed.

“We could do this,” you think out loud to your life partner, “You are a good cook, and I am great with people.”

Sadly, the dream of owning your own little restaurant in 2019 is less of a dream, much more of a nightmare.

Tony Forrest is a retired television executive who has owned several restaurants.