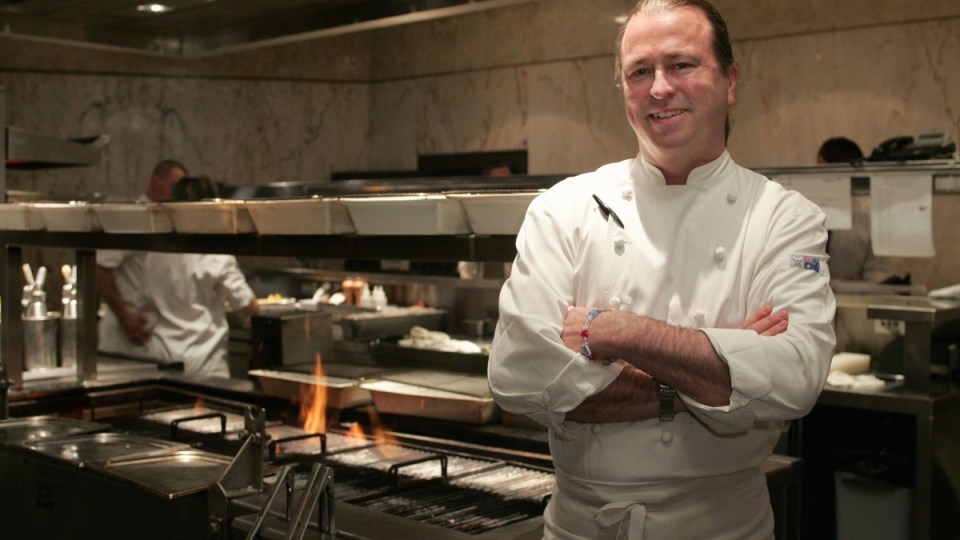 A chef described a “dark phase” of his life struggling with depression while working at renowned restaurant chain Rockpool, which left him out of pocket more than $200,000.

Ahead of a federal court mediation hearing on Friday, Rohit Karki told reporters he worked 70 hours a week in 18-hour split shifts, and felt exploited by the company who were aware of his working visa conditions.

“I was very depressed during the period there when I was on my working visa … it was just a dark phase of my life,” he said.

“They tried to take advantage of the situation,” he said.

We are outside the Federal Court standing with hospitality worker Rohit. He is bravely standing up to Rockpool who is estimated to have stolen up to $200k of his wages when he worked as a chef for the company. pic.twitter.com/t0PJqDre6F

Neil Perry’s Rockpool Dining Group, which has restaurants across the country, is accused of tampering with time sheets to show staff worked no more than 38 hours per week, when some allegedly worked up to 100 hours.

Mr Karki started realising he was getting underpaid only when he saw time sheets tampered with, with “perfect” figures put in.

He is one several workers who have claimed they were underpaid by the restaurant group.

The Hospo Voice Union has hired Maurice Blackburn Lawyers to lodge a complaint against Rockpool with the Fair Work Ombudsman and the matter is before the Federal Court for mediation on Friday.

The estimate of the stolen wages total is at least $10 million in what the law firm calls “one of the most egregious cases of wage theft Australia has seen”.

“Rohit we say was underpaid over $200,000 in the course of his employment … being underpaid that amount of money is obviously huge,” Mr Farouque said.

Lawyers want to see Mr Karki paid out compensation for his time at the company and believe when he raised these issues he was bullied and had to leave.

Rockpool Dining Group said it has not been given any details in the Maurice Blackburn claim.

“RDG has no evidence to substantiate claims of group-wide manipulation or destruction of data in order to intentionally underpay employees,” the company said in a statement on Thursday.

“At all times the company remains engaged with FWO and RDG team members, past and present.

“We take these allegations very seriously. We encourage team members, past and present, to continue to make use of our HR hotline … to report their concerns.”

TV chef George Calombaris fine ‘could have been higher’

As the Rockpool allegations unfold in court, George Calombaris’s $200,000 fine for ripping off his workers almost $8 million earlier this year could have been higher, the workplace watchdog has conceded.

Fair Work Ombudsman Sandra Parker said the regulator was “learning and evolving” after the major scandal engulfing the TV chef earlier in the year.

“We will in future take into account the size of the underpayment as a major factor,” she told a Senate estimates committee on Wednesday.

Unions were outraged with the size of the fine after more than $7.83 million was back-paid to 515 current or former employees of Press Club, Gazi and Hellenic Republic for work between 2011 and 2017.

“I would have some concerns with an amnesty,” she said.

Attorney-General Christian Porter signalled the government would push ahead with new wage theft penalties after joining the ranks of people who thought Calombaris copped a light penalty.