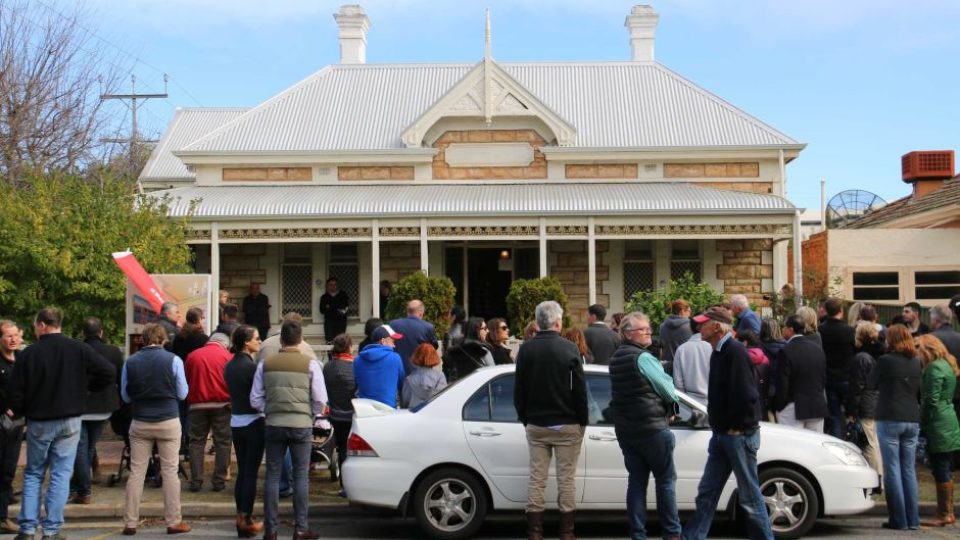 Australia’s major banks are hiking their fixed-term mortgage rates in response to concerns about surging inflation in the US.

Anyone wanting a three-year fixed home loan from one of the Big Four banks will have to pay at least 2.89 per cent now.

And anyone who wants to fix their loan for four years will have to pay a minimum of 3.19 per cent.

National Australia Bank is leading the way with the interest hikes, having already lifted rates twice in December.

But variable rates are much lower and expected to stay that way for years, with all the Big Four banks offering them below 2.3 per cent. 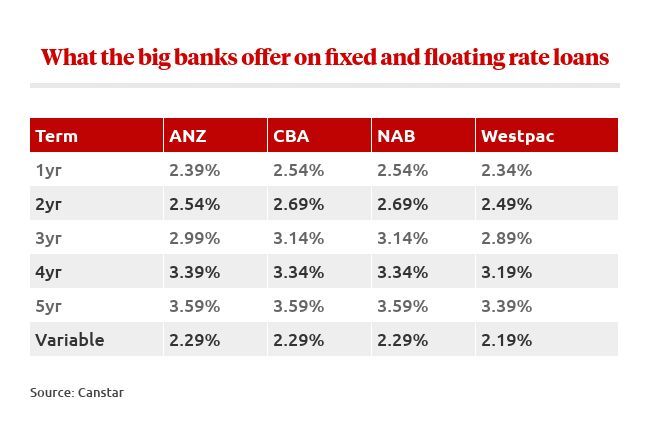 Why fixed rates are on the rise

So why are lenders hiking fixed rates?

It all comes down to what’s happening in international bond markets.

Because fixed loans require a bank to charge borrowers the same interest rate over a given period, the funding they must access to offer this product must cost them the same amount over time, too.

As a result, banks source the money that they lend to fixed-rate borrowers from international bond markets, instead of from short-term cash markets where the cost of funding is more volatile.

Banks issue one-, two-, three-, four- and five-year bonds to investors, who demand a set interest rate over that time frame.

And this is where what’s happening around the world affects how much people pay for their mortgage in Australia.

Inflation is surging in the US and investors there are worried that this trend is likely to persist and that prices across the global economy will continue to rise rapidly.

As a result, they are demanding greater compensation (i.e. higher interest rates) to hold bonds (i.e. to lend to banks) to prevent higher inflation eating into their returns – and this is driving up costs for banks who are then passing on these higher costs to consumers.

A good proxy for this trend is government bond rates, which are on the rise.

Mr Conheady said despite the falls in recent weeks “there is an expectation that they are going to move higher” due to global inflation,  which means even higher fixed rates for home buyers. 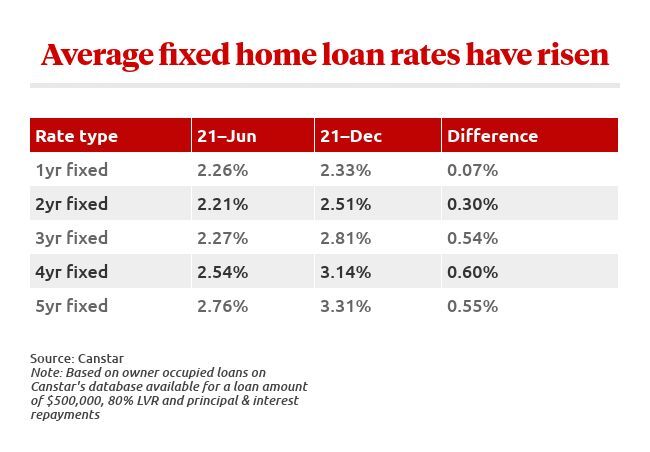 Despite the banks putting up their fixed-term rates in recent months “the short end hasn’t really moved at all,” Mr Conheady said.

That is because the Reserve Bank is telling the world that short-term rates will stay at rock-bottom levels until at least 2023.

The RBA is holding its cash rate at a record-low 0.1 per cent and the market rate fixed with that in mind is even lower.

“The 90-day bank bill swap rate [a money market commercial rate] is at 0.07 per cent right now, which is under the RBA cash rate level,” Mr Conheady said.

These short-term rates apply to the funding markets from which banks source the money to supply variable mortgages.

So if they are low, then variable mortgages are low.

And they are likely to stay low in the short term, because “there is a lot of competition among the banks,” Mr Conheady said.

The RBA has also said it is unlikely to raise the official cash rate before 2023, so home buyers can expect the good times for standard variable rates to continue.

“You wouldn’t expect anything to change too much in the next 18 months,” Mr Conheady said.

And that goes for the other way, too.

The RBA has almost no room to the cut the official cash rate any lower – so just as variable rates are unlikely to rise in the short term, they are unlikely to fall either.

Peter Dutton touted as next Liberal leader as he claimed victory in Dickson
‘The urgency of the situation’: WHO steps in as monkeypox cases erupt around the world
Volodymyr Zelensky: How war will end as Ukraine ‘breaks backbone’ of Russian army
Jim Chalmers decries Coalition waste as Labor hits the hustings amid downpours in Queensland
Anthony Albanese, Scott Morrison cast their votes in Sydney
Australian aces at French Open out to show there’s life after Ash Barty
Michael Pascoe: For whom the housing market bell tolls
Today's Stories