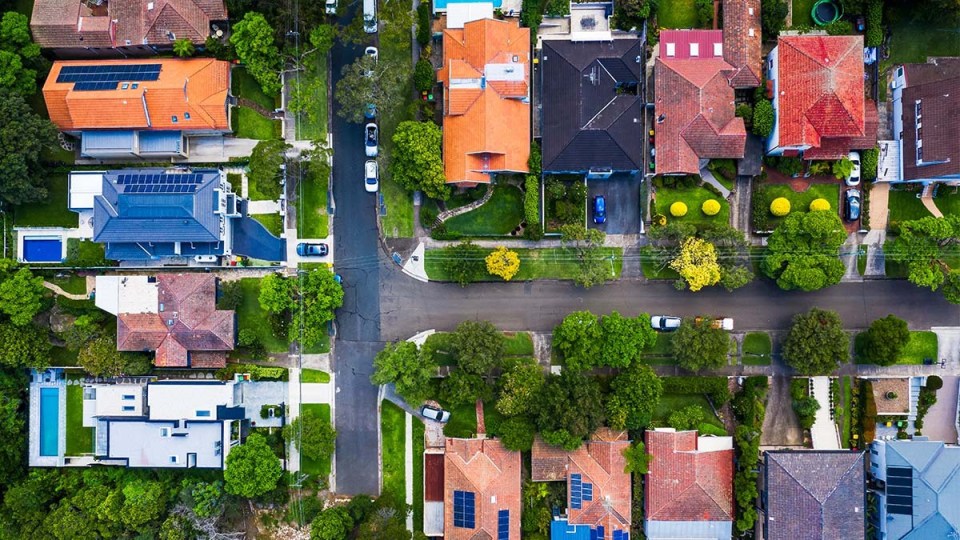 The stricter rules, which will require banks to ensure borrowers can service their loans if rates were to rise by 3 percentage points (up from 2.5 points), are expected to cut the average buyer’s borrowing capacity by about 5 per cent.

And their introduction coincides with new data showing property prices rose by 24.3 per cent over the 12 months to the end of October.

Figures released by CoreLogic on Monday pointed to a marginal slowdown in the monthly rate of price growth, but values are still rising about 12 times faster than wages.

Enforced by financial regulator APRA, the changes mean that a single person with an annual income of $100,000 a year will see their borrowing power reduced by $34,900.

Regulators introduced the rule to reduce the number of risky loans banks are making as home prices surge during the pandemic.

But some economists fear the rules will hurt first-home buyers but have no effect on price growth because interest rates remain so low.

How to navigate new APRA rules

The big banks are all now applying stricter loan criteria on applications.

The below table, compiled with RateCity data, shows how the borrowing power of Australians has just changed under the new rules.

Property buyers who have already had their loans pre-approved are in luck though.

The stricter test won’t apply to these loans.

Pre-approved loans at Commonwealth Bank, NAB, and Westpac will be assessed at the old 2.5 per cent rate so long as borrowers buy a home in the next 90 days (borrowers at ANZ Bank have 120 days).

“It is quite generous from the banks,” RateCity research director Sally Tindall told The New Daily.

“It means that people aren’t in the very difficult position of having to go back to the drawing board financially to have their budget reassessed.”

Borrowers who have already bought their property but are waiting for the settlement will also still be assessed at the 2.5 per cent rate.

But be careful if you fall into that category: Changes to your loan application could trigger a reassessment under the new 3 per cent buffer criteria, Ms Tindall said.

“One change in your home loan application, which may seem relatively minor to you, could inadvertently trigger a reassessment,” she said.

“That reassessment might happen under the new serviceability rules.”

Reassessments can be triggered by changes to your income or deposit.

Ms Tindall advised borrowers to talk to their banks about how their borrowing power has changed now that the tougher rules are in force.

“For many people, it won’t even bother them because they weren’t planning to borrow at capacity,” Ms Tindall said.

“But for some people who thought they could borrow X but now can only borrow Y and now can’t put a deposit on a home – that’s problematic.”

Buyers navigating the new APRA rules will also have to deal with higher property prices as they search for their dream homes.

House prices in Sydney have now grown at a mind-boggling 30.4 per cent over the past year, according to Monday’s CoreLogic data.

And although monthly price growth slowed nationally, the drop was marginal, from 1.51 per cent in September to 1.49 per cent in October.

Growth in first-home buyer loans is now only 1 per cent higher annually.

In contrast, loans to investors rose 83.2 per cent annually in September, and were almost twice the value of first-home buyer loans at $9.82 billion.

House price growth is expected to slow over the coming six months as eroding affordability drives owner-occupiers out of the market.

Economists predict the new lending will also help to slow the market, but as the majority of buyers don’t borrow at capacity, record-low interest rates will continue to drive property prices upwards.

Labor victory fires up Tamil family’s hopes of return to their Biloela home
ACTU hails Labor’s triumph as the first step to pay raises
Analyst: Sharemarket will be anxious about a Labor pact with Greens
French foreign minister hails defeat of Morrison and his ‘notorious incompetence’
Tiger Woods quits PGA tournament after the worst round of his career
COVID claims 18 more lives as nationwide daily cases soar above 35,000
Signs of housing price boom flagging
Today's Stories

Property double whammy makes saving for a home even harder