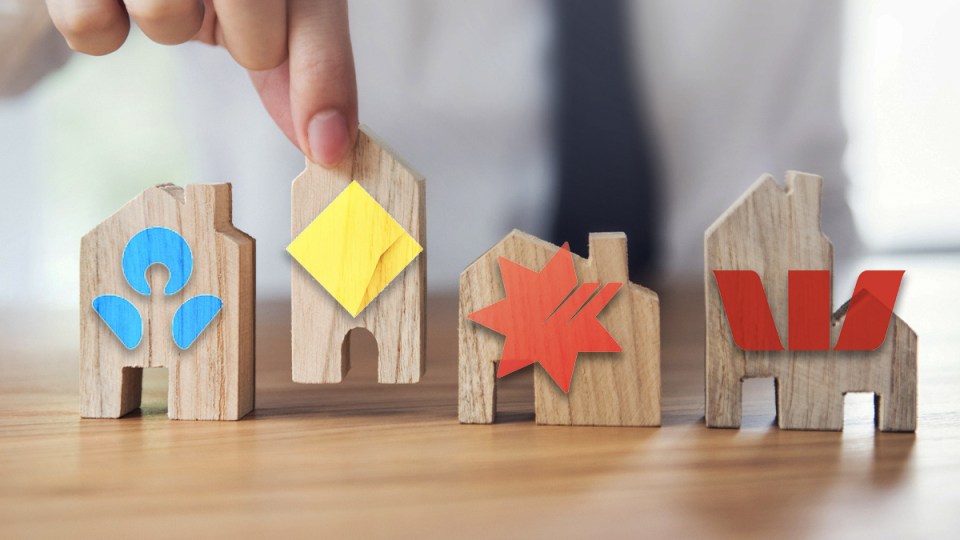 Banking regulator APRA has unveiled tough new home loan rules that will make it harder for borrowers to secure a mortgage from big banks.

After months of speculation about whether regulators would step in to cool the red-hot housing market, APRA told banks on Wednesday it will now require them to use stricter tests when working out whether a borrower can service a loan.

The change will reduce the maximum loan capacity of typical borrowers by about 5 per cent, the regulator said in a statement on Wednesday.

But economists believe it will only have a small effect on house prices, as low interest rates will continue to drive them up and push first-home buyers out of the market.

APRA says investors will be hit hardest but some economists disagree.

“It would seem that APRA – like both sides of politics – are scared of offending property investors and are willing to further detract from the ability of first-home buyers to get into the housing market.”

How will the new home loan rules work?

APRA has told the banks they must apply tougher criteria when deciding if a home loan applicant is suitable to take on a new mortgage.

Under current rules, banks apply a 2.5 per cent buffer on top of whatever interest rate they’re advertising when assessing whether you can afford to take out a mortgage. But that will now rise to 3 per cent.

For example, if the interest rate on offer is 2 per cent, the new rules mean the bank can only give you the loan if it deems you could afford the repayments at 5 per cent interest.

Previously, the threshold would have been 4.5 per cent.

The rules are designed to make sure the banks aren’t taking on too much risk when lending. It’s effectively insurance against future interest rate hikes.

“Large loans affordable at today’s rock-bottom rates can become stressed loans when rates are four or five per cent higher,” he said.

Will getting a mortgage become harder?

Whether APRA’s change will affect someone’s ability to secure a loan will depend on their income and the size of their mortgage.

In general though, it means the banks will grant smaller loans than they otherwise would have done.

For example, the average New South Wales loan size in August was $731,000 while the average variable interest rate in Australia is 2.36 per cent, according to the Reserve Bank.

That means the average NSW home buyer must be able to afford an additional $314 in monthly interest under the new rules.

Although buyers won’t actually have to pay this interest, banks must be confident borrowers can afford the extra payments to approve the loan.

That reduces the amount Australians can borrow against their income because bigger loans come with higher interest payments in dollar terms.

My Housing Market chief economist Andrew Wilson said house prices are still rising, which means more people will have to stretch their loans.

“You may be able to purchase a property with X borrowing now, but now you will have to find more income to support that same loan,” he said.

How will this affect house prices?

The reduction in borrowing power will make the market less risky from a financial stability standpoint.

But economists don’t think it will have a big effect on growing housing prices, which are up 16.8 per cent annually according to ABS data.

“But our initial assessment is that current momentum in the housing market is sufficiently strong that the overall impact on dwelling price growth next year will be modest,” he said in a note on Wednesday.

Why is APRA doing this?

The Council of Financial Regulators, which includes Treasury, the Reserve Bank, APRA and ASIC, is worried that Australians are taking on too much housing debt, and that this is making the financial system less stable and more prone to a crash like the Global Financial Crisis in 2008.

Although regulators have no obligation to improve housing affordability, their concerns are related to rising prices and low wages growth driving higher debts.

Over the June quarter, more than one in five loans approved by banks were given to people who borrowed more than six times their annual income.

“This is high by both historical and international standards – and without action, the share is likely to increase further,” APRA said on Wednesday.

The regulator’s chair, Wayne Byres, said he wants to make sure borrowers can pay down their debts without defaulting in large numbers.

“While the banking system is well capitalised and lending standards overall have held up, increases in the share of heavily indebted borrowers, and leverage in the household sector more broadly, mean that medium-term risks to financial stability are building,” he said.

Who will the changes hit the hardest?

Mr Byres believes the changes will affect investors most.

APRA said this is because, on average, investors tend to borrow more money relative to their assets or income than owner-occupiers.

Owner-occupiers are also underrepresented among those borrowing at high multiples of their income, APRA said.

But Mr Eslake said the changes will have the biggest effect on first-home buyers, because they are more likely to be struggling to afford a house in the first place – particularly as house prices skyrocket.

He said households on the margins of being able to get a loan will lose out.

“It’s affecting a small proportion of people who can absorb an [interest rate] increase of 2.5 per cent but can’t absorb 3 [per cent],” Mr Eslake said.

About 8 per cent of home loan applicants borrowed at their maximum income capacity in the six months to July, Mr Aird said in his note.

Mr Mickenbecker said first-home buyers will find it harder to get into the market if their income is being stretched by repayment levels.

“But the move does no damage to first-home buyers’ ability to save a deposit – their major pain point,” he said.

Mr Eslake said if regulators or governments wanted to target investors, they could cap investor loans, which APRA did in 2017, or axe negative gearing.

“It’s not the first-best policy. For me that would be for the government to reduce tax preferences for investors [like negative gearing],” he said.

“Neither side of [Australian] politics is willing to go down that path.”

APRA just made it harder to get a home loan. Here’s what it means for you