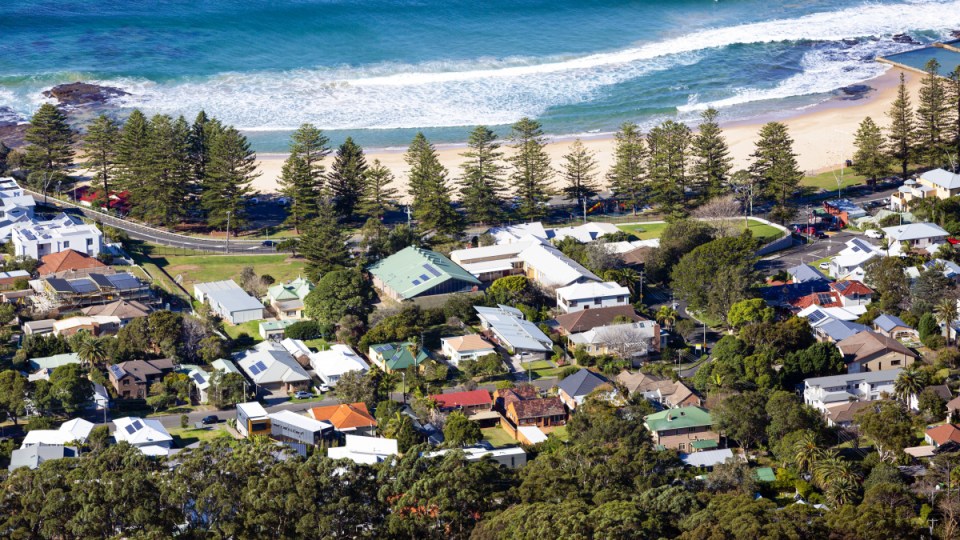 Buyers are snapping up properties faster than vendors can list them for sale in a housing market that barely noticed the recession and has now recorded eight consecutive months of price rises.

Demand for housing is so strong that even a jump in the number of new listings to 15 per cent above the five-year average was not enough to cool the market in May.

National property values increased 2.2 per cent over the month and are now 10.6 per cent higher than the same time last year – with new data from CoreLogic showing that for every new property added to the market, more than one property is exchanging hands.

Such a fast rate of ‘absorption’ is keeping advertised housing supply at extremely low levels: CoreLogic’s latest home value index shows that despite the rush of new listings, the total number of homes advertised for sale remains roughly 24 per cent below the five-year average.

Add to this the high levels of demand flowing from record-low interest rates and you get a housing market that has seen national dwelling prices rise by 7 per cent in just three months.

Prices in Sydney and Hobart increased by 3.0 and 3.2 per cent in just one month respectively. 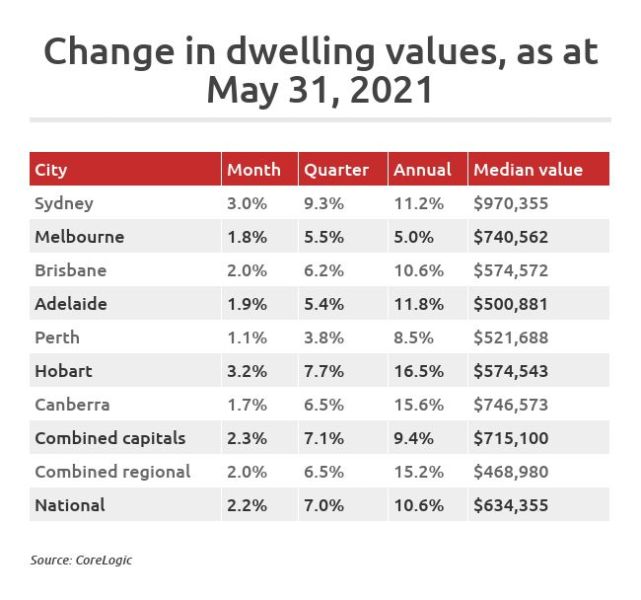 CoreLogic head of research Tim Lawless nevertheless believes the market has passed its peak after price growth slowed from a staggering 2.8 per cent in March.

Mr Lawless told The New Daily he expected prices to continue rising for the rest of the year but at a gradually slower pace “due to affordability constraints and more supply coming onto the market”.

“And then there’s also the fact that longer-term, fixed-rate mortgages are starting to push a bit higher,” he said.

“I think all those factors will contribute to a gradual slowing [in the market], as well as first-home buyers becoming a smaller presence.

“But 2.2 per cent is still an extreme rate of growth – we’re still seeing housing values rising very fast, and they’re rising pretty much everywhere around the country.”

Mr Lawless said a recent change in the composition of the housing boom helped to explain why prices were continuing to rise so rapidly.

The market segment leading the price growth has shifted from the most affordable end to the most expensive end, where buyers are less sensitive to affordability constraints.

And investors are also returning to the market in greater numbers as first-home buyers start to retreat.

“So maybe that helps to explain this extreme growth trend a little bit – that it’s more driven by the expensive end of the marketplace,” Mr Lawless said.

The month of May also marked the second time in three months that prices in capital cities rose faster than in regional markets – unwinding a pandemic trend that saw office workers drive up regional values by swapping crowded cities for more peaceful surrounds.

But Dr Oliver said there were six reasons to believe the pace of growth would begin to slow down:

Taking all this into consideration, AMP expects values to lift by 18 per cent over the course of 2021 – having already risen by 10 per cent so far – before increasing by a further 5 per cent in 2022.

Dr Oliver added that “2023 is likely to see the start of another cyclical downturn in property prices, as the interest rate cycle starts to move up more decisively.”

His note came before the Reserve Bank acknowledged in its monthly statement that house prices were rising in all major markets.

The RBA said it would be “monitoring trends in housing borrowing carefully and it is important that lending standards are maintained”.