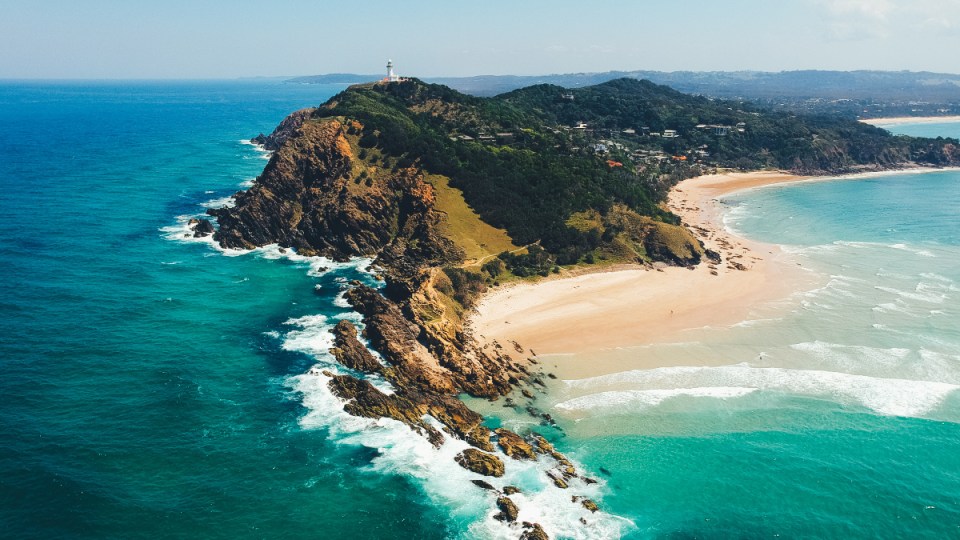 House prices in the Richmond-Tweed region of New South Wales jumped a massive 21.9 per cent over the 12 months to April 2021, according to new research.

But property values soared across the board.

All 25 regional markets monitored by CoreLogic experienced rising prices over the 12 months to April 2021, as Australians took advantage of more flexible working and abandoned major cities in droves.

Mr Daniels told The New Daily many office workers from Melbourne and Sydney had originally moved to the town on a temporary basis, in the hope of working from home in a more relaxed and picturesque setting.

But after falling in love with the town’s holiday feel, many chose to stick around permanently.

“Then what happened is the market started to increase and the vendors started to get greedy, thinking that they don’t want to sell until [the market] gets to the top, so the supply dropped off,” Mr Daniels said.

It wasn’t long before the “fear of missing out” crept into buyers’ minds and prices skyrocketed.

Mr Daniels, who works for McGrath Byron Bay, said a lot of people from Sydney’s Northern Beaches had chosen to move to Suffolk Park, a beachside town about 10 minutes’ drive from Byron Bay.

He said it was a hugely popular location because of its close proximity to the beach and Broken Head Nature Reserve.

“If you have a push bike, you don’t need to use your car. Every day is a holiday, it really is.” 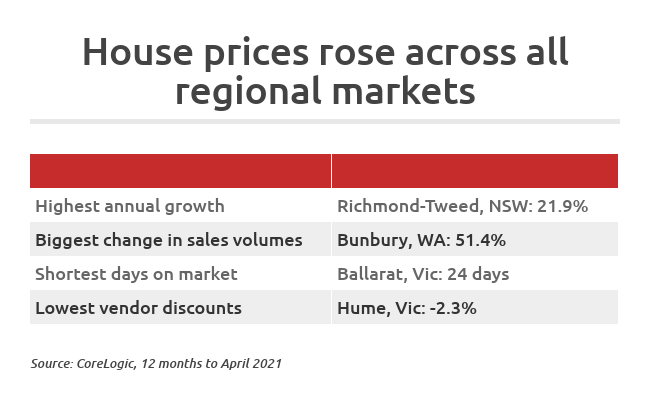 CoreLogic data shows it’s a trend that’s playing out in regional areas all over the country.

The company’s latest report shows that regional prices rose twice as fast as capital city prices over the 12 months to April, rising 13 per cent and 6.4 per cent respectively.

As a result, the median house value across the Byron council area ($1.4 million) is now higher than that of Greater Sydney ($1.147 million).

Ballarat in regional Victoria has also had a good year. Houses there spent an average of just 24 days on the market as values soared by 10.7 per cent over the year. 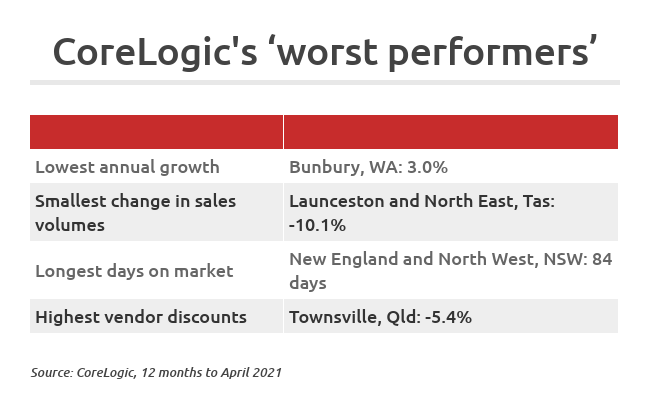 CoreLogic head of research Eliza Owen said “the growth rates across regional Australia have been extraordinary”. Not only because of turbocharged demand, but also because listing volumes across the regions are about 34 per cent below their five-year average.

She said there two key trends: Higher-income households moving to lifestyle locations such as Byron Bay, and lower-income workers escaping the affordability constraints of capital cities and moving to cheaper, lesser-known regional areas.

The median property price across Australia’s regional markets is still about 54 per cent lower than that across capital cities, Ms Owen said.

“And so there’s definitely still pockets of affordability for those still looking to move.”

But not everyone’s a winner.

The sharp rise in regional values has forced many locals to leave the towns they grew up in order to buy homes elsewhere.

“With double digit growth rates occurring across some of these pockets of the market, incomes have not kept pace, and that would make it harder for locals to enter their own market,” Ms Owen said.

“There have been stories of this happening in markets like Byron Bay for a while, but also in the southeast of Tasmania and other parts of  Launceston, where we see rental markets tightening and property prices rising.

“It creates some housing stress and affordability constraints for locals.”