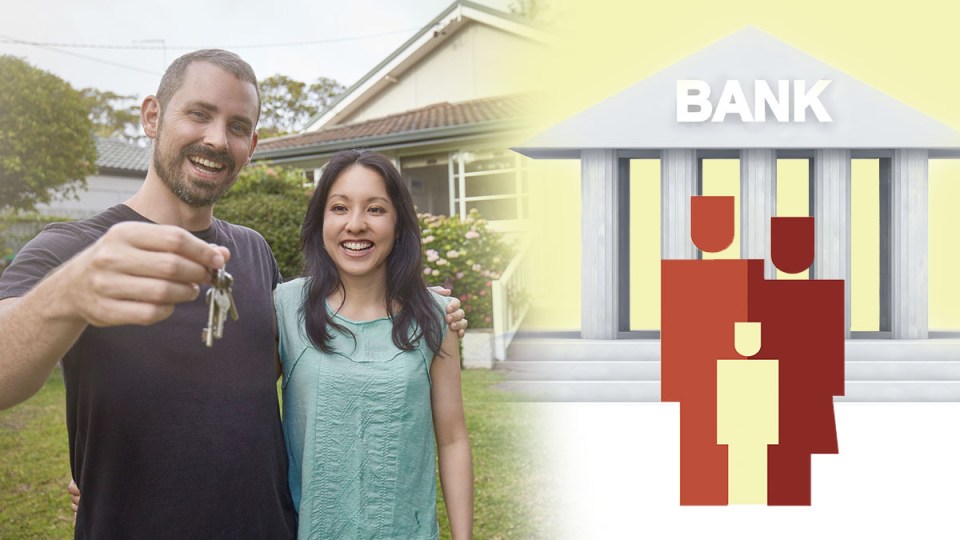 The Bank of Mum and Dad is now the nation's ninth-biggest lender. Photo: TND

Australia’s property market is the hottest it has been in three decades, with the average home deposit needed to secure a mortgage cracking six figures.

The average deposit for a home is now about $107,000, an increase of 16 per cent on January 2019, according to data released this week by Finder based on figures from the Australian Bureau of Statistics.

It’s little wonder that in recent months first-home buyers are turning to the bank of mum and dad more than ever.

“There are probably more first-home buyers getting into the market at the moment, but they’re having a lot of difficulty because the market has really gotten away from everyone,” he said.

“I’ve got a lot of clients who have got pre-approvals for a certain amount and they’re coming back to me to ask to increase it by $100,000 to $150,000, because they are just getting blown out of the market.”

The median national property value climbed 5.8 per cent to $614,768 in the first quarter of 2021, with the median Sydney price rising by 6.7 per cent over that period.

It takes a decade to save a 20 per cent deposit for an average home, compared to six years in the early 1990s, according to the Grattan Institute.

Mr Corley said most first-home buyers initially wanted to stay within the $600,000 to $650,000 range, but were finding it harder to find homes within that bracket, both in the inner city and outer suburbs.

It is difficult for young people to save 20 per cent of a property’s price tag to avoid paying lender’s mortgage insurance (LMI), which is a one-off payment made by the borrower at loan settlement.

The cost of LMI depends on the borrower’s loan-to-value ratio and the amount of money they borrow.

Mr Corley said about one in five of his clients receive help from their parents to buy their homes.

In fact, the bank of mum and dad has almost $34 billion in loans, making it the nation’s ninth-largest mortgage lender, according to the latest figures from Digital Finance Analytics (DFA).

Parents who fund part of their children’s property purchase fork out an average of almost $90,000, the figures show.

DFA founder and banking sector analyst Martin North said people who have received help from their parents to get into the property market are three times as likely to default on their loan in the first five years.

“They have never had to get through the hard yards of being disciplined about their savings,” he said.

Parents who want to help their children buy their first home can either gift them money towards the deposit or become a guarantor on their loan.

Acting as a guarantor means parents put forward equity in their own property to be used as additional security for the borrower’s loan.

If their children are unable to make the payments on their home loan, the lender can take legal action against them and, in some circumstances, the guarantor.

Mr Corley said it was important for parents to note their borrowing capacity would be reduced if they acted as a guarantor for their child’s home loan.