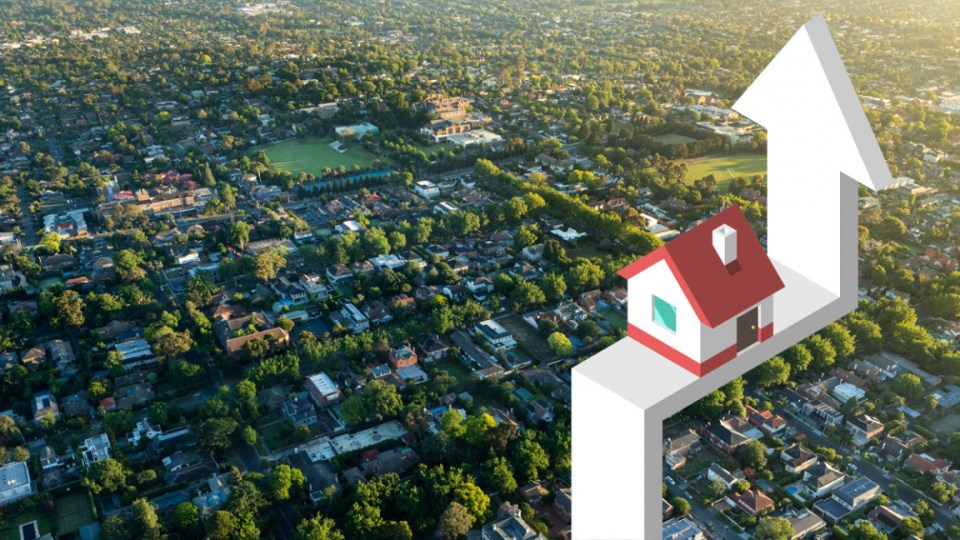 Property prices are on a tear, thanks to record-low interest rates. Photo: Getty

The federal government should withdraw its incentives for home buyers to prevent an unsustainable rise in house prices, two of the nation’s leading economists have argued.

A day after Melbourne property prices reached a fresh record high, lawmakers have been urged to get on the front foot to prevent a speculative housing bubble emerging in Australia.

Independent economist Saul Eslake said governments should taper off grants to home buyers as prices have rebounded past pre-COVID levels, thanks to a feeling of missing out (FOMO) coursing through the market.

Mr Eslake, who is a “life-long opponent” of what he calls “second-home vendor grants”, said there was clear evidence to suggest housing incentives had outstayed their welcome.

“The money [from these grants] usually ends up either in the pockets of vendors or in [the] profit margins of builders and developers … and therefore tend to result in not more people owning homes, but creating more expensive homes,” Mr Eslake told The New Daily.

“Why is the government tapering or terminating [JobKeeper and JobSeeker], but isn’t willing to do the same thing with cash grants for first-home buyers?”

His call comes after auctioneers sold more than 80 per cent of the 3791 homes that went under the hammer last weekend, according to CoreLogic.

The auction mania pushed up the median price for a property in Melbourne to a new record high – 13.8 per cent above its recent low in 2019.

Through the pandemic, the federal government approved about $2 billion worth of HomeBuilder grants – well above the $688 million initially set aside – and opened up more than 20,000 spots on its First Home Loan Deposit Scheme.

Applications for HomeBuilder grants close on March 31, but the federal government has yet to confirm its plans for the deposit scheme.

According to The Australian, home prices in March experienced their greatest leap since the 1980s, kindled by record levels of lending and a last-minute rush of buyers wanting a slice of the HomeBuilder pie.

Mr Eslake said the rapid rise of high-loan-to-value lending, which jumped from under 20 per cent in mid-2018 to more than 40 per cent in the second half of 2020, should start to raise eyebrows among lawmakers and prudential regulator APRA.

Although some would consider regulatory intervention now as premature, Mr Eslake said it should occur sooner rather than later, to avoid banks taking on too much risk.

“The broader problem, of course, is there are 11 million or so Australians who own at least one property, at least two million [who] own more than one, and they have a very powerful interest in governments pursuing policies that inflate house prices,” he said.

He told Domain it was “time to empty the punch bowl or at least reduce the alcohol content” of schemes such as the First Home Loan Deposit Scheme and state-level stamp duty concessions.

Dr Oliver said withdrawing support for housing now, rather than waiting for APRA to clamp down on the number of risky loans banks are permitted to issue, would reduce the chances of a substantial bust down the track. 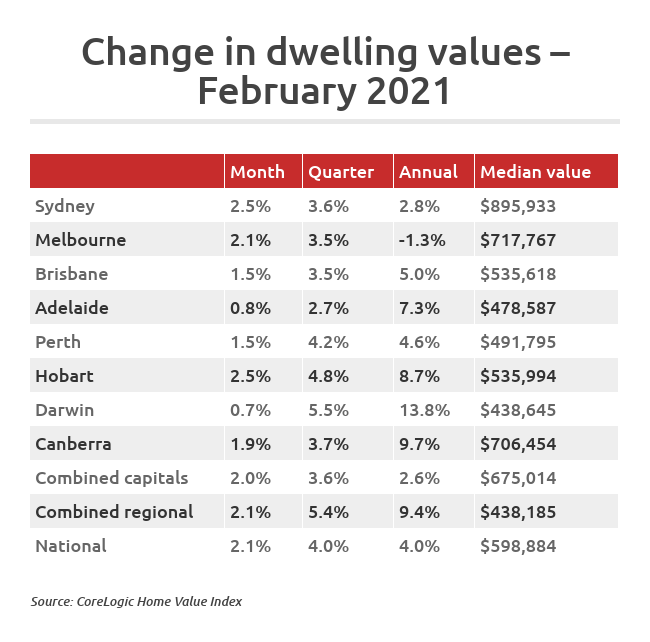 All eyes on APRA

APRA chairman Wayne Byres told the federal parliamentary economics committee on Monday that the regulator’s main task was to ensure the stability of the banking sector, not to set house prices.

Betashares chief economist David Bassanese said he hoped APRA would have learned the lessons of its last intervention in 2017 and use some of its powers as a preventative measure to stop a “speculative head” forming on the housing market.

But he said slamming the brakes on first-home buyers, who profited  most from the temporary improvements in affordability triggered by last year’s downturn and record-low interest rates, would be an “unfair response”.

“If you want to tackle the heat in the property market, macro-prudential [measures are] more broad based and can be better targeted at investors to the extent you want to do that,” Mr Bassanese told The New Daily.

“When FOMO kicks in, people are paying over the odds now because if they don’t, prices will be even higher in six months’ time, and when you get that mentality, you can get a potential overshoot in prices … and APRA can help keep those speculative pressures in check.”

His comments coincide with a fresh warning from the International Monetary Fund imploring central banks and regulators to impose tighter lending standards to reduce the risks of a blowout in household debt triggered by record-low interest rates.

CoreLogic will publish its house price data for March on Thursday.