Regulators could slam the brakes on Australia’s housing upswing within the next one to two years, according to prominent economists.

The Reserve Bank of New Zealand on Tuesday announced it was introducing more stringent loan-to-value restrictions (“macroprudential policies“) to reduce risks to financial stability, after national property prices rose by a whopping 17.3 per cent over the 12 months to December.

Although prices in New Zealand have risen at a much faster rate than in Australia, the announcement has led to speculation among local economists that Australia could implement a similar intervention within 24 months.

But he said they would be quick to introduce them if the housing market gathered “too much momentum”, as they had successfully used them in 2014. 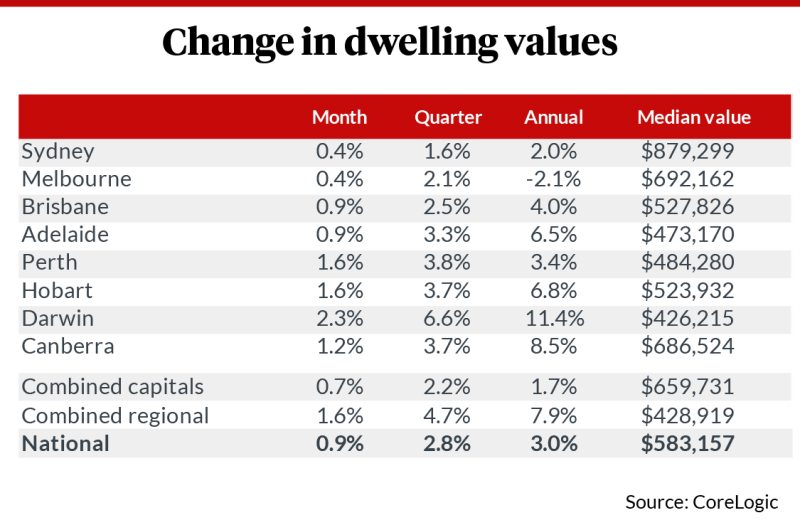 “If the Reserve Bank really is going to leave interest rates on hold where they are for three years, and there’s nothing to stop the property market from continuing to rise … then you would certainly think the RBA would be in that game,” Dr Joiner said.

He told The New Daily the prudential regulator, APRA, would introduce macroprudential policies if “there was a material acceleration in credit growth that would see household debt continue to rise as a proportion of the economy”.

But he said Australia’s financial regulators were unlikely to employ them until the end of 2022 or 2023, as Australia’s market was not yet overheating like New Zealand’s and the economy still faced significant challenges.

Meanwhile, AMP Capital senior economist Diana Mousina said there was about a 40 per cent chance Australia’s regulators would attempt to slow down the housing market within the next 12 months, but noted “we’re not there yet”.

“The regulators will [keep a close eye] on lending standards,” she said. Lending standards refer to the ease with which people can access loans and consequently the level of risk to which the banks are exposed.

Among other things, lending standards cover things like the proportion of interest-only loans, the size of loan-to-value ratios, and the level of repayments made by households across a bank’s loan book.

They were strengthened after the banking royal commission but could come under pressure if the Coalition gets its way and passes reforms to Labor’s responsible lending laws.

Even under the current ‘lender beware’ model, which the Coalition says is constraining the flow of credit, lenders managed to approve a record value of new home loans in November.

And data released by Westpac on Wednesday suggests the upswing still has some way to go.

The Westpac Melbourne Institute Index of House Price Expectations, which asks people whether they expect prices to rise or fall over the next 12 months, jumped to a seven-month high in February.

The index rose to 154.7 – which means the number of people expecting price rises far outnumber those expecting price falls – while the ‘time to buy a dwelling’ index fell 3.1 per cent and is now 8.6 per cent below its peak in November.

“This measure tends to reflect shifts in housing affordability. As such, the decline in recent months suggests recent increases in house prices may already be starting to weigh on the purchasing sentiment,” said Westpac chief economist Bill Evans.

“This ‘affordability’ factor is apparent in the age group breakdown, with buyer sentiment much weaker amongst the 18–24 age group than in other age groups.”

Yet, for the time being, the Reserve Bank remains unconcerned about a potential housing bubble.

Reserve Bank board member Ian Harper told Bloomberg News on Tuesday that unemployment was too high and economic activity too low for monetary stimulus to trigger runaway house price inflation.

“The tendency of this to produce an asset-price bubble is way off where we’re presently headed,” Mr Harper said, while noting rising house prices encouraged investment.

“There’s still plenty of excess capacity in the economy,” he said.

It came after Commonwealth Bank CEO Matt Comyn tipped house prices to rise by 8 per cent in 2021.